Cluster Bombs Target Douma for the 15th day in a row 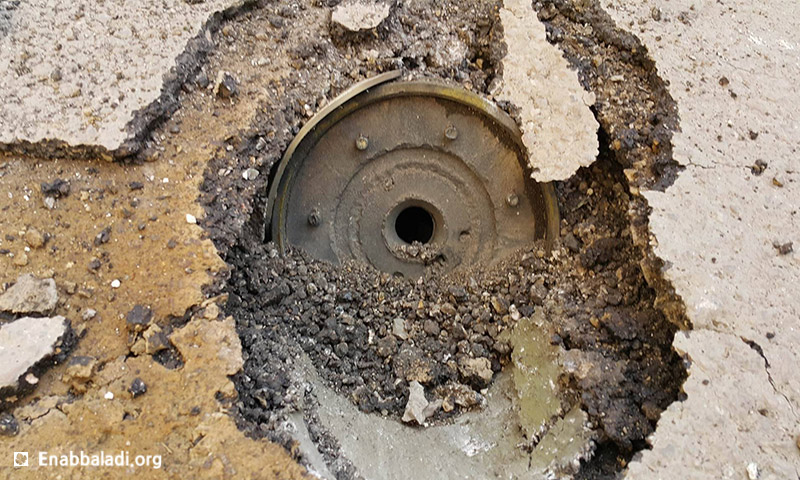 Warplanes targeted Douma city in Eastern Ghouta of Damascus with 7 missiles carrying cluster bombs in an intensive shelling campaign for the 15th day in a row.

A child was killed and tens wounded in the attack yesterday, 27 January in conjunction with targeting civil buildings with heavy artillery according to Local Coordination Committee in Douma.

Enab Baladi’s correspondent confirmed that warplanes continue to fly in Douma. The correspondent said warplanes target civilans overcrowded areas in addition to main roads and mosques. He added that each missile carries a cluster bomb and followed by a shell on the same area.

Syrian regime adopts this policy since Moscow launched its raids in Syria. The regime focuses on one area for a period of one to two months then proceeds with another following the same approach.

Warplanes targeted the city with missiles carrying cluster bombs, last Tuesday. 4 were killed and one wounded.

Assad forces continue military escalation in Eastern Ghouta with a daily shelling with all types of weaponry in conjunction with clashes and battles with opposition factions in al-Marj area.