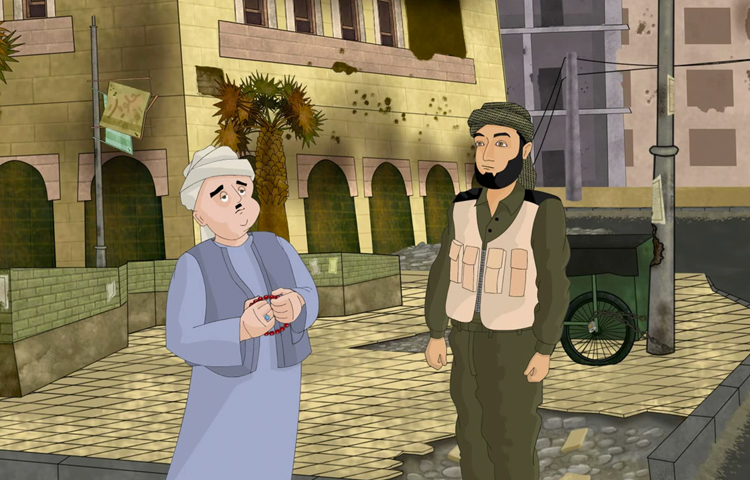 The aim of this series, according to its supervisors, is to “imitate the reality of the Syrian revolution with a comedy flavour and to highlight the pros and cons of the revolution”. Additionally, this series embodies “the concerns and the suffering of the rebels while facing Assad’s regime”.

Since it was established in the beginning of 2014, the team was able to produce 12 episodes that tackles political themes such as truce with the Assad’s regime and the attitudes towards Geneva Conference, as well as social issues like marriage during this crisis, spread of rumours and lack of confidentiality.

When we asked the team about their competence, they assured us that the group is consisting of professionals and other young people but “their love for the series have put them together to produce this work, hoping that they will have a good luck in their other works”.