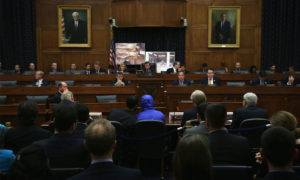 The former Syrian military photographer known only as Caesar rarely grants media interviews. However, in an exclusive interview made on […]

Caesar is the “largest” penal law against the Syrian regime and its allies. It has been approved five years after passing several times in the American Congress, to ensure “holding al-Assad’s regime accountable … and justice for its victims.”