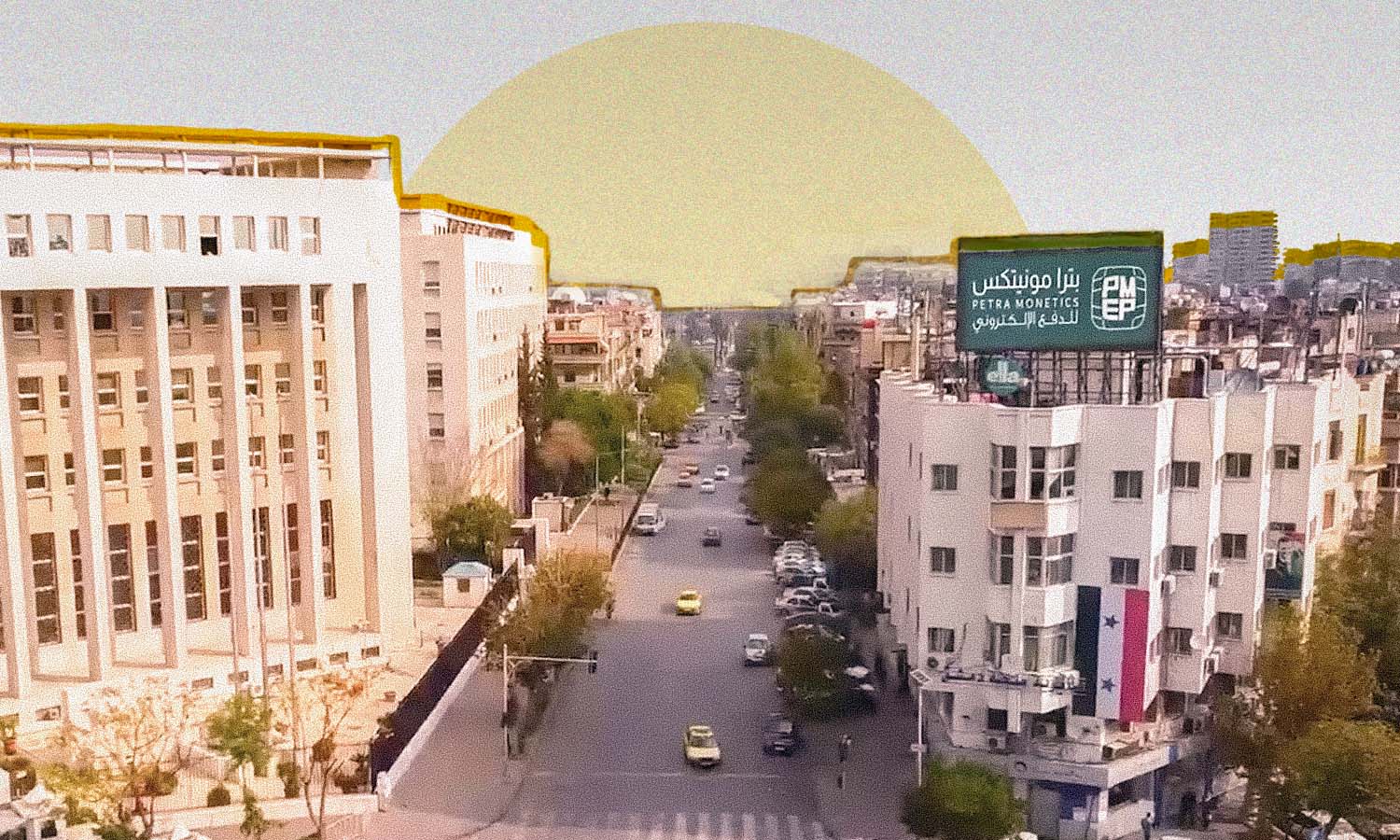 The Minister of Finance in the Syrian regime’s government, Kinan Yaghi, announced on 2 January that holders of the electronic Real Estate Bank card can now carry out cash withdrawals from other banks’ ATMs in Syria.

The minister added that soon the link will be made to carry out withdrawal operations from the ATMs of the rest of the banks.

At the end of December 2022, the Real Estate Bank announced the start of the process of linking its ATMs with other banks associated with the Petra Monetics LLC electronic payment company.

According to what was monitored by Enab Baladi, the Real Estate Bank and the Commercial Bank of Syria’s ATMs are the oldest and most damaged, in addition to being the slowest in regard to carrying out cash transactions.

The process of linking banks to carry out withdrawals is a mechanism that facilitates reliance on Syria’s banking sector due to the lack of sufficient ATMs for many banks or their frequent malfunctions.

Petra Monetics LLC for electronic payment has linked 11 banks so far and is working to unify the network of banks as ATMs and points of sale under the direct guidance and supervision of the Central Bank of Syria (CBS).

What is Petra Monetics LLC?

According to what Enab Baladi had observed in the company’s regulations in the Official Gazette, The Ministry of Internal Trade and Consumer Protection approved Petra Monetics LLC’s Articles of Association on 13 June 2017, with a capital of 20 million SYP at that time.

The purpose behind the company is to provide payment and electronic collection services by all available means and for all types of services to the public and private sectors in accordance with the provisions and controls of the Central Bank of Syria in force.

According to the company’s Articles of Association, the company has the right to issue, prepare, organize, and process prepaid credit cards of all kinds, manage and maintain ATM networks, and feed its ATMs as well as those affiliated with companies or banks operating in Syria.

Anas Ahmed al-Asadi has held the position of general manager of Petra Monetics LLC since June 2021 for a period of three years extendable, with the approval of the Central Bank of Syria after having been informed of the general manager’s statement of experience forwarded by the company’s general assembly according to the company’s Articles of Association. 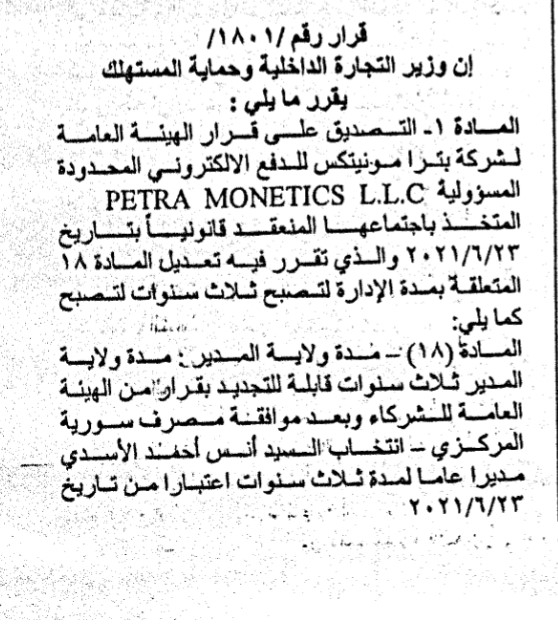 However, the third main founder, Maan Mohammad Sharif, whose share in 2017 was 55%, is still present, but his share decreased to only 30%. 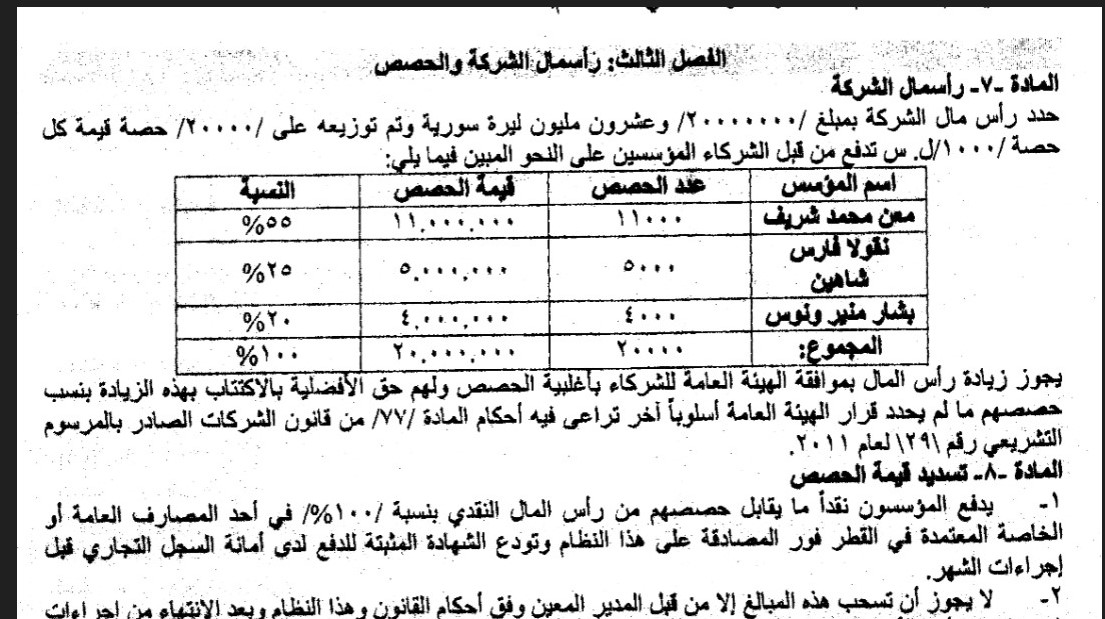 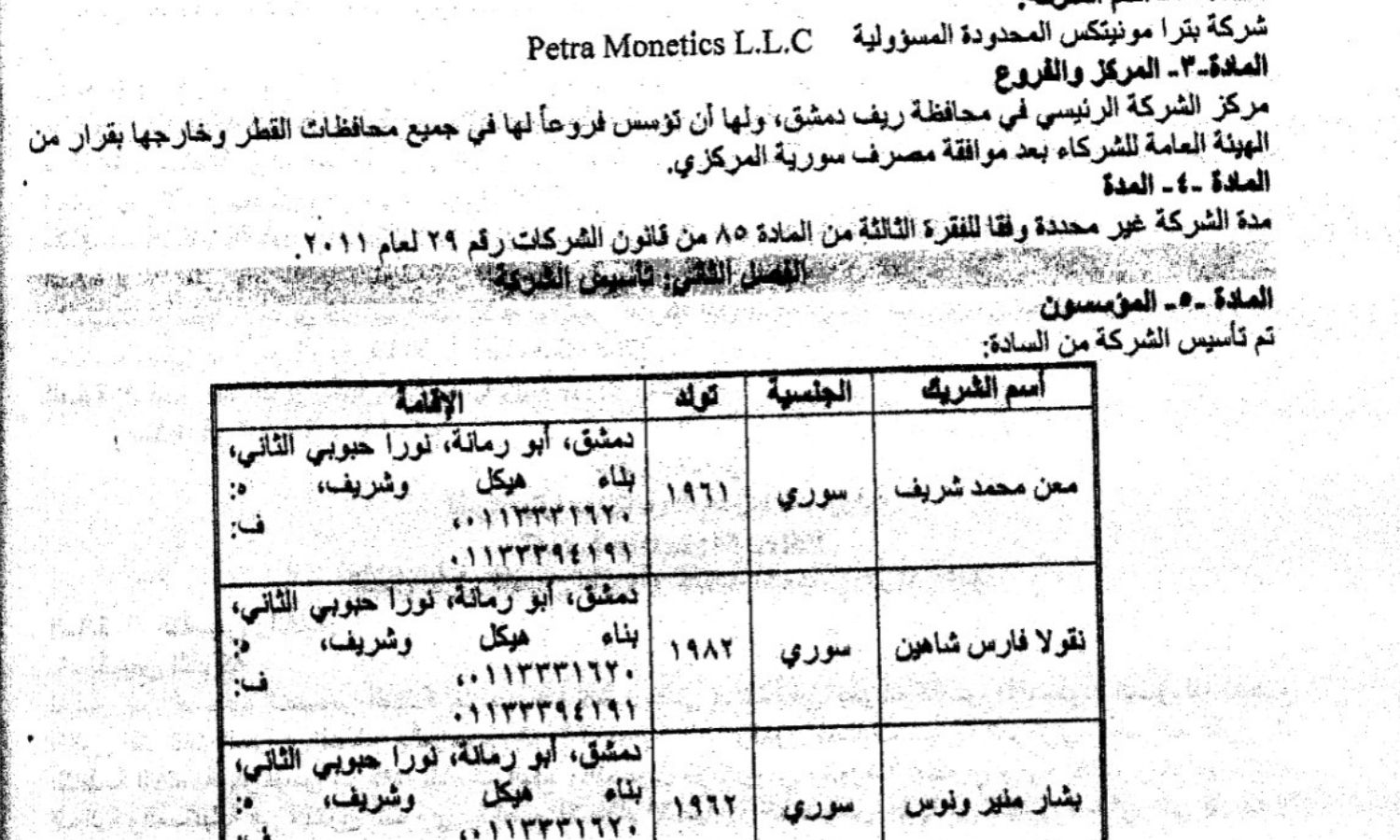 On 2 July 2020, the Ministry of Internal Trade and Consumer Protection ratified Petra Monetics’ general assembly’s decision to increase the company’s capital to 1 billion SYP and introduce new partners, Imad Ezz El-Din Zubaidi with a 10% stake, Salah Habib Habib with a 40% stake, and Ghassan Badr El-Din Shallah with a 5% stake. The largest share remained with the first founder Maan Mohammad Sharif, holder of a 45% stake. 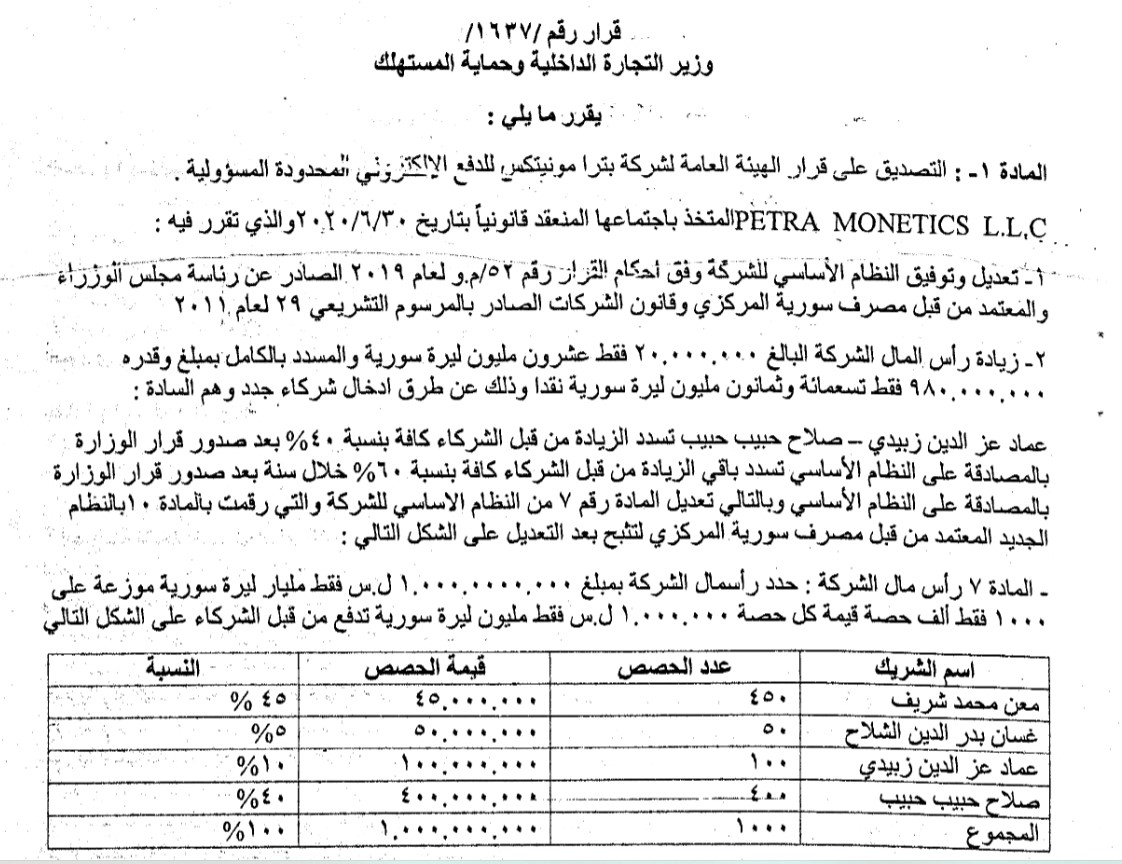 About three months later, i.e., in October 2020, the company amended its Articles of Association. The founders’ shares varied, with Salim Khazim Ismail holding a major stake of 55%, Maan Mohammad Sharif with a 30% stake, Imad Ezz El-Din Zubaidi with a 10% stake, and Ghassan Badr El-Din Shallah with a 5% stake. 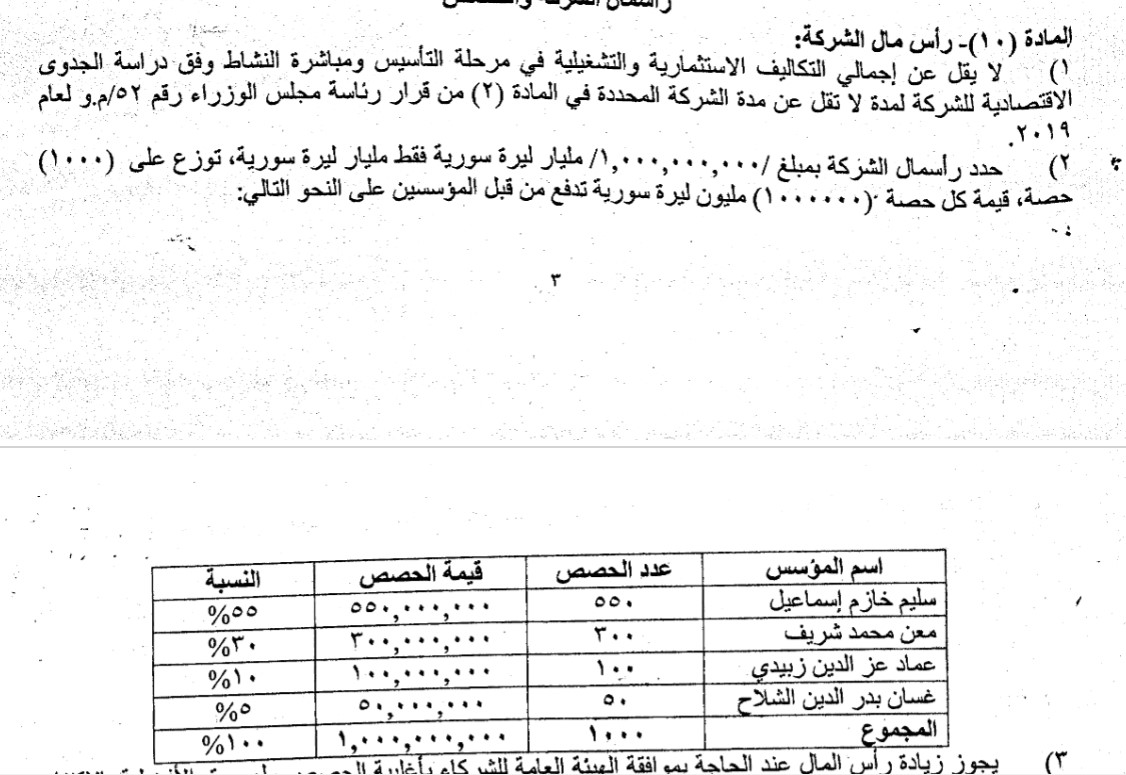