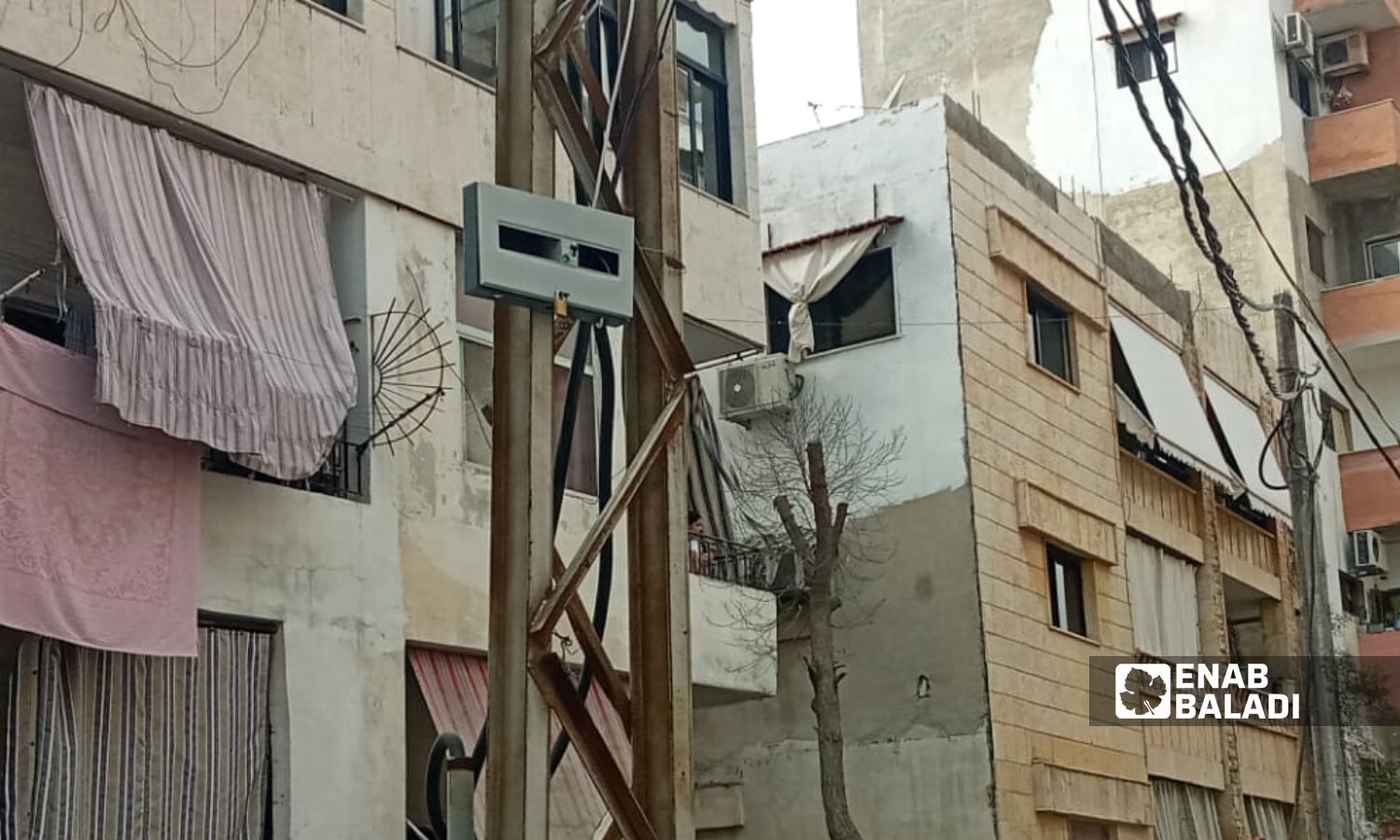 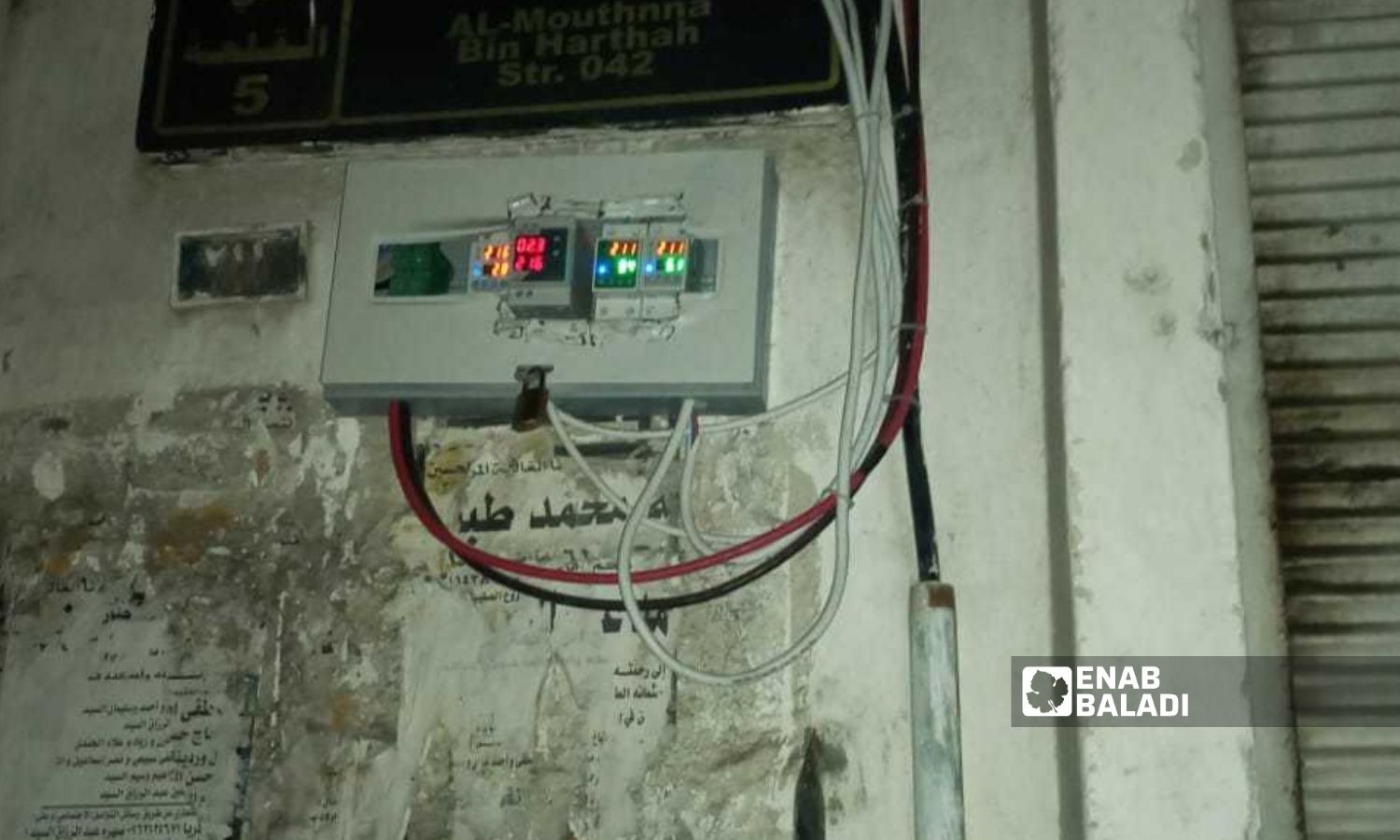 Many residents of Latakia, the hometown of regime’s head Bashar al-Assad, subscribed to the private electricity generators system, which has been active since last July, and are supervised by influential people, despite the fact that there are decisions to prevent their work, but it is one of the solutions with the power outages for long periods in the areas of the Syrian coast.

Subscribing to the private electricity generators seemed to be an alternative option for the residents of the al-Owaina neighborhood, in the heart of the old city, but it did not meet their needs or compensate them for electricity outages since the generators are frequently cut off due to lack of fuel.

In addition to the long hours of rationing of electricity, sometimes up to 22 hours, the regime-controlled areas are experiencing difficult economic and living conditions.

Samer, 45, a resident of Latakia (pseudonym for security reasons), told Enab Baladi that the electric current from the generator to his house was cut off frequently and for several irregular periods during the day.

Samer, who works as a taxi driver, pays 30,000 SYP per week (about 6.7 USD) for his subscription to “one ampere” for the house in which he lives with his wife and three children.

Samer says that the electricity has reached his house without interruption for a few days since the subscription began, while the hours of electricity cuts have been repeated on many days, reaching from three to four hours a day, making the interruption becoming a “routine,” as he described it.

As for the reasons for the power outage, the person in charge of the generator in the neighborhood always repeats that “the boss did not provide diesel,” as an implicit sign to remain silent and refrain from objecting because the “boss” is Hafez Munzer al-Assad, Bashar al-Assad’s cousin, who runs the work from through agents in many areas of Latakia.

The Assads’ generators are above decisions

Despite government promises to ban generators, subscription in the amperes system has become widespread in many neighborhoods for residents who are able to bear the financial burdens and who seek long electricity hours in their homes.

Subscribing to one ampere does not give Samer many options for using electrical tools, but it can operate the television and a small fan that protects his family from high temperatures, especially since the Mediterranean city has a high humidity level, he says.

The spread of private electric generators in Latakia neighborhoods does not mean that installing them with the intention of selling electricity (amperes) is available, as many decisions were issued banning their installation for this purpose and threatening penalties against violators.

Two Enab Baladi sources confirmed in a previous report that the unnamed company of the private electricity generators is owned by Hafez Munzer al-Assad.

It is managed by distributors and workers who supervise the extension of amperes to many neighborhoods of Latakia, including al-Owaina, al-Qalaa district, al-Ziraa district, and the Seventh district.

The price of one ampere ranges between 20,000 and 30,000 SYP per week (4 to 6 USD), and the subscription varies according to each neighborhood.

Installing private electricity generators in Latakia came months after several decisions to prevent its service and spread, amid warnings to hold perpetrators of violations accountable.

On 11 April, the Governor of Latakia, Amer Ismail Hilal, issued a decision to combat and prevent private generators with the intention of selling (amperes), saying that the heads of housing units who are responsible will be penalized if they do not halt the violations related to the generators.

On 21 July, Ghassan al-Zamil, the regime’s Electricity Minister, confirmed that the ministry will not legalize the private electricity generator system now or in the future, adding that it will end automatically when the electricity hours return to the previous situation.