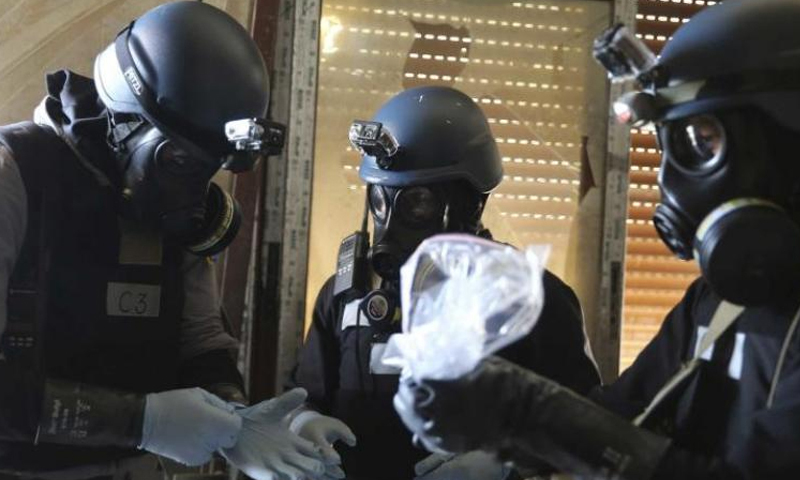 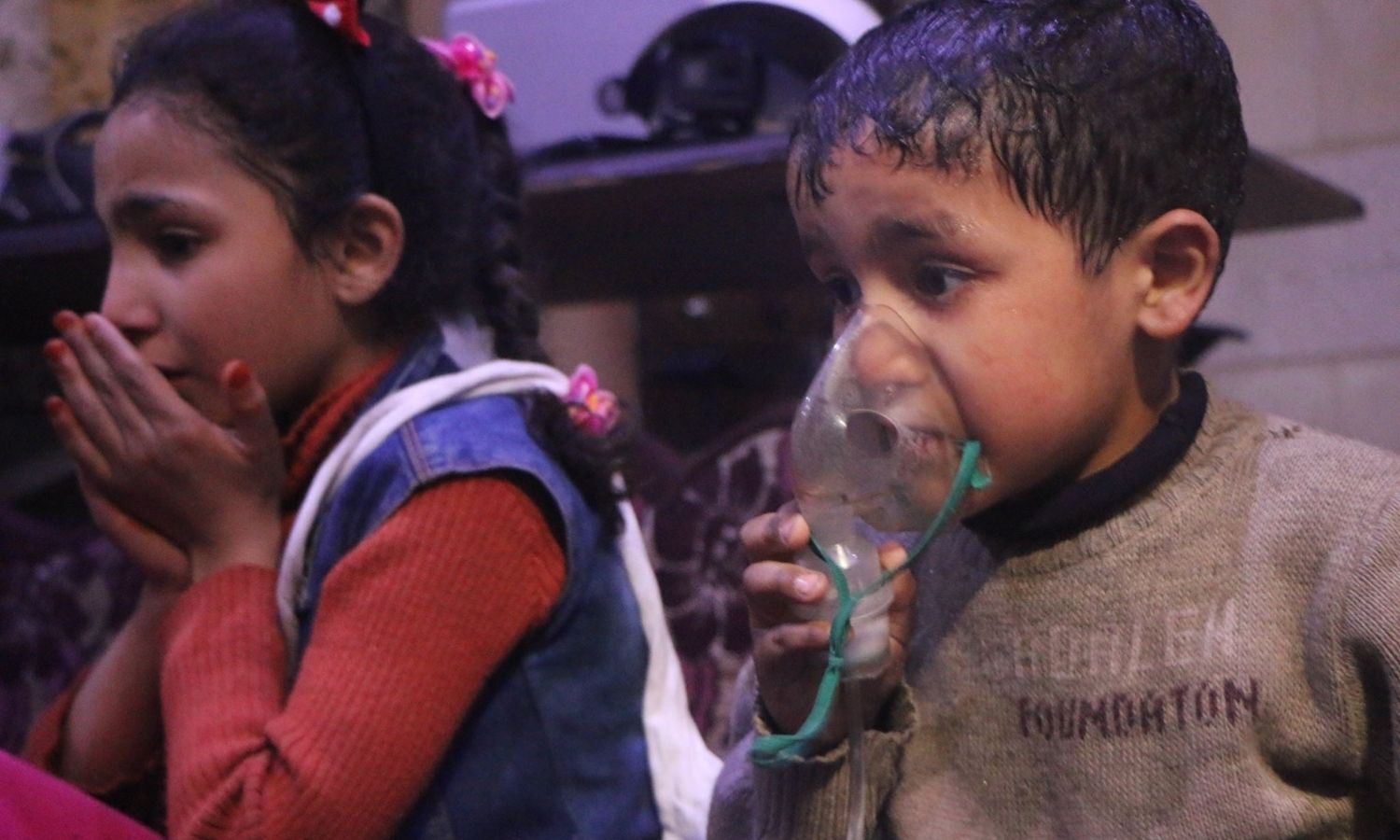 One day after the Syrian regime used chemical weapons against the people of the eastern and western Ghouta suburbs of Damascus on 21 August 2013, which claimed the lives of more than a thousand civilians, the Independent International Commission of Inquiry on Syria issued a statement calling for an investigation into this crime, in a first step to hold accountable those involved in it.

But since that date until now, human rights demands continue to oppose denying the truth of this massacre and work to document evidence to form direct criminal responsibility against people who oversaw or participated in the chemical attack, to build judicial complaints against them to hold them accountable.

A group of victims, families of victims, and survivors of the crimes of chemical attacks established the Chemical Weapons Victims Association to hold the security and military leaders of the Syrian regime accountable for perpetrating these attacks, which, until the date of preparing this report, amounted to 222 attacks documented by the Syrian Network for Human Rights (SNHR).

Thaer Hijazi, the deputy director of the Paris-based Association, told Enab Baladi that the Chemical Weapons Victims Association is licensed in France and has been working since October 2020 to collect, document, and investigate information related to the use of chemical weapons in Syria.

A full year after its founding, the Association is currently trying to “build a complete strategy to hold the regime accountable for chemical crimes, while setting the ceiling of expectations, especially among members of the Association and the victims of those crimes,” according to Hijazi.

Hijazi asserts that there are obstacles that impede collecting evidence to determine responsibility for the chemical massacre on 21 August 2013, the failure to refer the Syrian file to the International Criminal Court, and the protection of Syrian law for the heads of the security branches and giving them immunity against any judicial complaint.

Proving the criminal responsibility of those involved in the chemical attack on 21 August requires the Public Prosecution in any trial in this case to present strong evidence that the president of the Syrian regime, Bashar al-Assad, and his military leaders specifically intended to eliminate the civilians of Eastern Ghouta.

As a mass crime, evidence from multiple locations of the crime will be required, and these factors will present a challenge to the members of the Association.

Likewise, Syrian security personnel have legal immunity based on the decrees of the formation of security branches, in accordance with Article No. 16 of the Law on “Establishing a State Security Administration,” issued by Legislative Decree No. 14 of 1969.

It is clear from this article that members of the security services are protected from prosecution if they commit crimes of torture while on the job, even though the law describes them as “crimes.”

This group of survivors were members of the Chemical Weapons Victims Association, including those who lost all of their family members to chemical attacks, according to Hijazi.

The members of the Association are from different Syrian regions, distributed in a number of countries outside Syria, their number is currently 18 people, and other members from inside Syria will soon join the team, says the Association’s deputy director.

The Association bases its work in collecting evidence on the testimonies of witnesses from victims who joined the Association and collecting photos and clips recorded by them at the time of the attack and its consequences in terms of causes of death and health damage as a result of asphyxiation by poisonous gas.

The Association also relies on participation and human rights cooperation with several Syrian organizations concerned to prepare an integrated file on all chemical attacks in Syria and to document anything that would provide information about those attacks.

This work is the raw material that judges use in their efforts to ascertain the truth because every piece of evidence proves a fact, directly or indirectly.

Documenting the 21 August chemical massacre requires a complex effort aimed at strengthening the victims’ narrative about the attack. Therefore, the information must be direct, detailed, integrated, coherent, and supported by evidence, in preparation for accountability and redress for the victims.