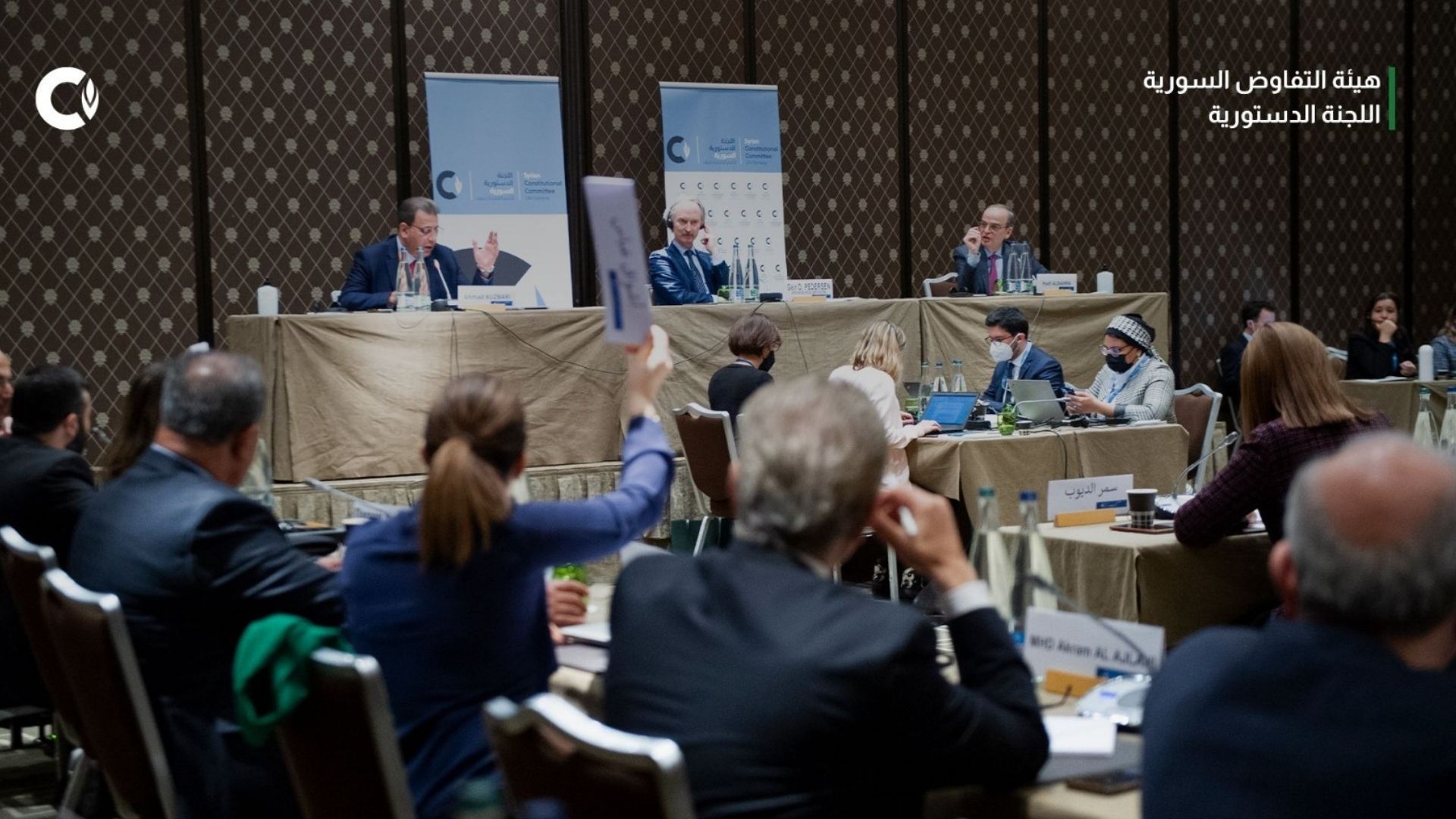 The press office of the UN Special Envoy for Syria, Geir Pedersen, denied to Enab Baladi the possibility of scrapping Geneva as the venue for ongoing Syrian Constitutional Committee talks after Moscow said Switzerland had lost its neutral status due to its “anti-Russian” position.

Jenifer Fenton, a spokeswoman for the press office, told Enab Baladi via email that “The headquarters of the Constitutional Committee is in Geneva.”

Fenton stressed that the Syrian participating presidents agreed at the end of the eighth round to hold the ninth round in Geneva from 25 to 29 July.

“A move to a more neutral place is being considered,” Russian special envoy for Syria Alexander Lavrentiev told a news conference following the 18th round of the Astana Process peace talks held Wednesday and Thursday in Kazakhstan’s capital, Nur-Sultan, according to the EFE agency.

The latest round included delegates from the guarantor countries – Russia, Iran, and Turkey, representatives of the Syrian regime and the opposition, and Robert Dunn, a member of UN Special Envoy for Syria Geir Pedersen’s team.

Lavrentiev explained that countries bordering Syria, such as Lebanon, Iraq, and Jordan – observer nations of the Astana Process – are not being considered as an alternative venue for now, EFE reported.

Hadi al-Bahra, co-chair of the Syrian Constitutional Committee, in an interview with Enab Baladi, said that this decision is taken by the Committee itself, and the agreement on its formation is clear under the mandate of Security Council Resolution (No. 2254), and with the facilitation and sponsorship of the United Nations and therefore the location of its work and its convening is within the United Nations headquarters in Geneva.

He also stressed that there was no talk of transferring its work to another country until this moment.

“Our position is clear that the Committee works with the mandate of Resolution (No. 2254) and with the facilitation and sponsorship of the United Nations, and convenes at its headquarters, and is an essential part of the political process in Geneva exclusively,” al-Bahra added.

Danny al-Baaj, a former Syrian diplomat and head of the advocacy and communication department at the Syrian Center for Media and Freedom of Expression, thinks that Russia is trying to convey a message to Switzerland to reduce its escalation against Russia in Ukraine, but the transfer of meetings requires an international mediator for the main role of the United Nations in the talks.

Al-Baaj told Enab Baladi that Russia would not likely succeed in this initiative, and it is one of the tools that Moscow uses as a justification for suspending the Committee’s meetings.

The former diplomat considered it ridiculous to consider the places mentioned by the Russian envoy “neutral.”

The Russians cannot blow up the international reference unless they say that Pedersen cannot mediate in this place. Also, the Russians cannot, on their own, lift the UN cover on the Committee, as it is still part of the mediation mechanism led by the UN.

In the event that this mediation is rejected, it will depart from the UN framework and will turn into a bilateral body, which is not supposed to be accepted by the opposition.

Al-Baaj believes that the Russian position is no more than a media position and that the Swiss government is the party that hosts the meetings at its own cost, in hotels and meetings, and the party that will present the alternative must be presented in this framework.

The Constitutional Committee began its work in 2019 in Geneva to ensure the process of Astana peace talks, and it consists of 150 members distributed equally between the regime delegation, the opposition, and representatives of civil society.

The Committee has held eight rounds since its establishment, and the last round did not yield any results regarding the regime’s provision of any political solution.