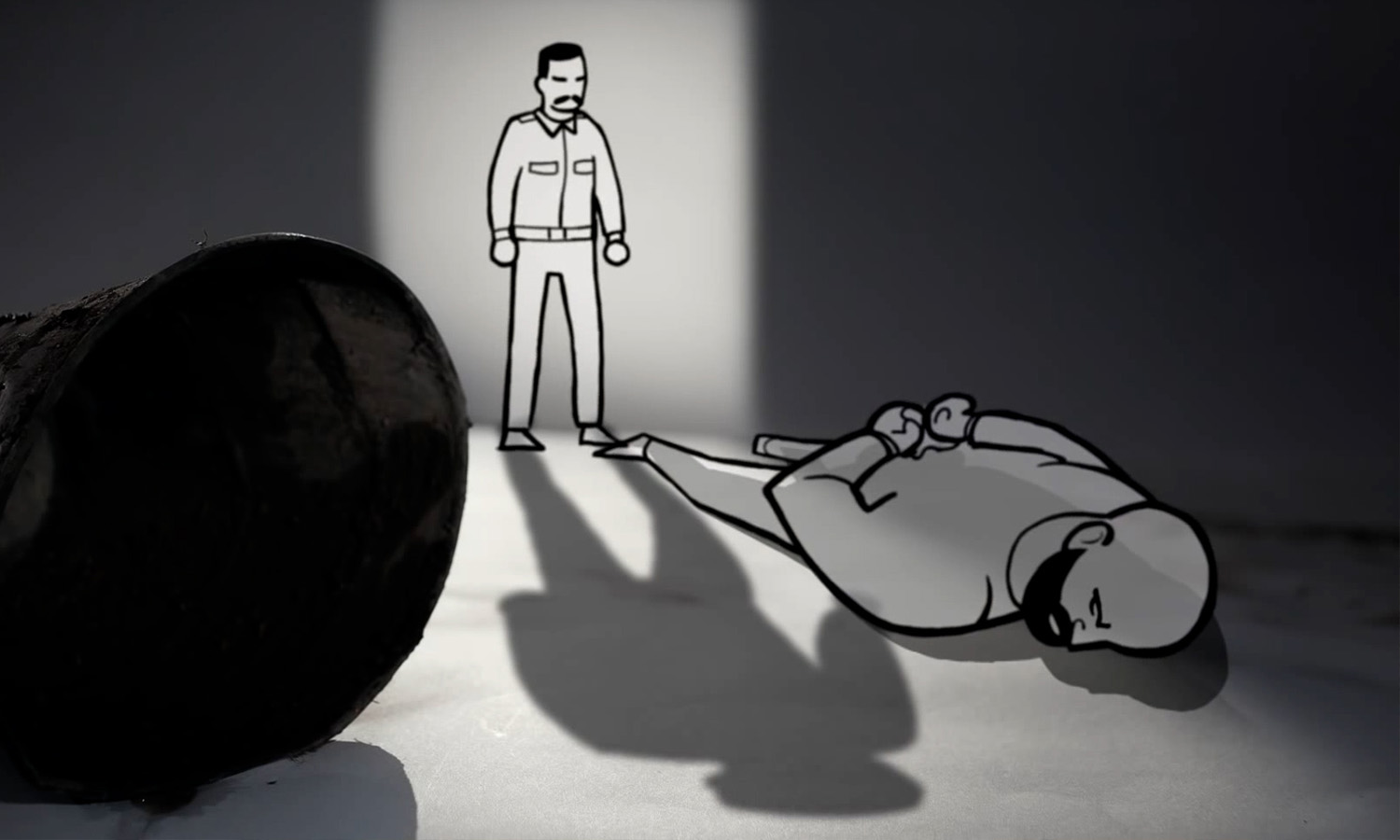 A detainee in Syrian prisons (Illustration)

From time to time, leaked lists of detainees’ deaths in the Syrian regime’s detention centers come to surface to shed light on the unknown fate of thousands of Syrians who were forcibly disappeared.

The Syrian regime began in early 2018 to uncover the tragic fate of detainees by registering the deaths of many of the forcibly disappeared in the civil registry departments without being bound by the procedures for registering the dead of the detention centers as stipulated in Article 14 of the Civil Status Law.

The Syrian Network for Human Rights (SNHR) documented in a legal report issued on 14 April the regime’s acknowledgment through the civil registry departments of the killing of 1,056 forcibly disappeared Syrians, including nine children, two women, and 54 people from the Deir al-Asafir town in Damascus countryside.

Fadel Abdul Ghany, Director of SNHR, told Enab Baladi that documenting the detainees’ deaths in the civil registry departments is an acknowledgment by the Syrian regime of their killing.

The regime did not disclose the causes of death, nor did it deliver the bodies of the victims, nor did their families know their burial places, according to the report.

Deir al-Asafir, what is the truth?

In early February, Syrian social media accounts circulated news of the execution of 46 people in the town of Deir al-Asafir in the Sednaya Military Prison, north of the capital, including nine detainees who belong to the same family.

The Association of Detainees and The Missing in Sednaya Prison (ADMSP) denied the reports of the execution at the time, stressing that some of the names mentioned in the circulating news had their relatives aware of their deaths for nearly two years, while there was no information about the execution of others.

By examining the recent data with previous data of the Syrian Network for Human Rights, it was found that five people out of 54 residents of Deir al-Asafir whose death was recently announced were previously registered as having died under torture, some of whom were detained in Sednaya prison.

The SNHR believes that 21 of them were executed simultaneously, as their death certificates included the same date.

The SNHR also said that 43 people who were registered with the civil registry department were arrested in a raid on a shelter center in Damascus countryside in March 2018.

A source close to the victims’ families told Enab Baladi that the death certificates of nine people, who were arrested in the shelter, had been delivered to their families weeks ago.

This comes after the suspension of the subsidized foodstuffs card (known as the Smart Card) for the families of the detainees in Deir al-Asafir town, who later found out that their spouses are registered as dead in the Civil Registry Department, according to the source.

During last March, the families obtained several death certificates after they were asked to come to the Civil Registry Department in the Damascus countryside governorate.

The families of the victims, whose death news spread, were subjected to arrest and investigations by the Syrian regime’s detention centers to warn them of the danger of announcing the death of their relatives, said the SNHR.

“Threatening the families of victims and detainees is one of the main factors that hinder the documentation process,” the SNHR added.

The source, who is one of the victims’ relatives, confirmed that after the families obtained the death certificates, they were subjected to threats by the regime forces, and some of them were arrested to ensure that the death information was not revealed to any party, pointing out that some of these people are still detained.

The number of detainees and forcibly disappeared persons by the Syrian regime in the last ten years has reached 131,469 people, including 3,621 children and 8,037 women, according to the data of the Syrian Network for Human Rights.

The Syrian regime also continued to arrest hundreds of thousands of detainees without an arrest warrant for many years and without charges and prohibited them from hiring a lawyer and having family visits, and nearly 68 percent of the total detainees became forcibly disappeared.