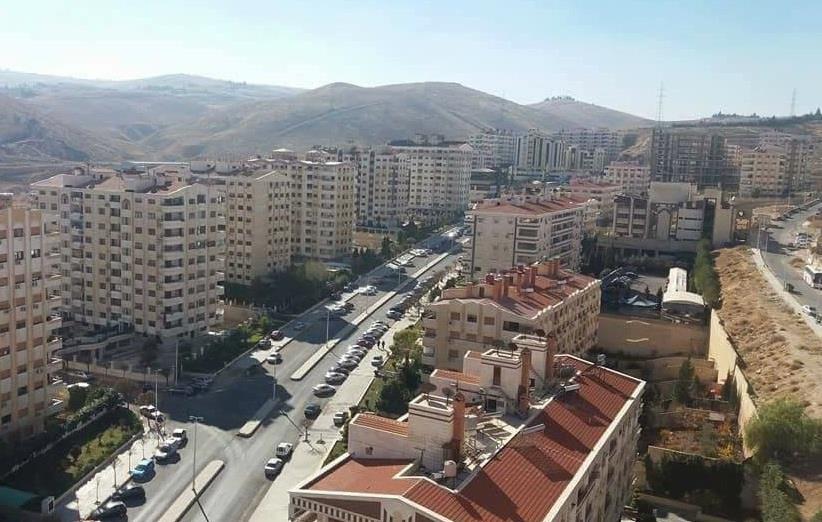 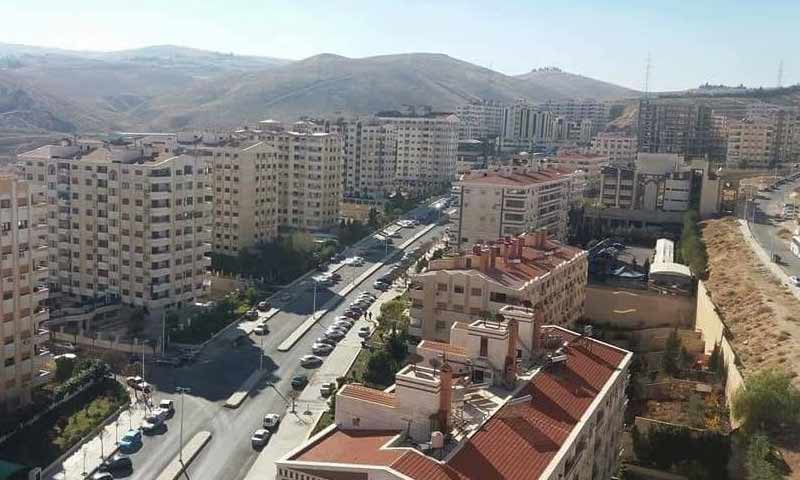 Despite continued security and economic instability, a recent phenomenon of Syrian expatriates buying real estate in regime-controlled areas has floated to the surface.

Enab Baladi spoke with a number of expatriates who purchased real estate in these areas to investigate the motives and reasons behind this decision while bearing in mind all the difficulties that the regime has caused in terms of purchase operations on the one hand and its usurpation of opponents’ properties on the other.

Recently, Yassin, a 49-year-old Syrian residing in Lebanon, had purchased real estate, including houses and shops, through a partner he had in the city of Aleppo.

“The real estate market is booming during this period, especially since certain owners are selling for a variety of reasons, including immigration,” said Yassin; He bought and froze real estate, while others sold at high prices thanks to a high demand caused by people’s tendency to buy lands near Aleppo city center for possible future construction of “villas” in the region.

As stated by Yassin, whose full name has not been disclosed by Enab Baladi due to security reasons, the housing market is thriving in the western neighborhoods in particular because it has not witnessed great damages, as opposed to the heavily damaged eastern neighborhoods.

For his part, the 29-year-old Iyad, based in Germany, commenced his investment in the real estate market by buying two houses and then selling them for a higher price, thus obtaining a substantial financial return.

Iyad (a pseudonym adopted for security reasons) told Enab Baladi that he had bought a house in al-Aziziyah district for 180 million Syrian pounds (SYP) in 2019 and then sold it through his agent for 380 million SYP about a year and a half later. He also made 75 million SYP upon selling the other house. Iyad is currently engaged in real estate trading in Syria even though he is resident in Germany.

Iyad is coordinating sales and purchases of real estate through an agent, along with his dealings with lawyers. All contracts carried out are of a legal nature, and proceedings are routinely completed for fear of being prosecuted or arrested if he wishes to come to Syria in the coming years.

On 7 February, economic analyst Mohammed al-Jalali told al-Watan newspaper, which is close to the Syrian regime, that expatriates constitute the largest percentage of real estate owners in Syria.

“Most of those who are currently offering their properties for sale are doing so to travel, something that is observed on the real estate marketing pages. This is not a good indicator”, adds al-Jalali.

As illustrated by al-Jalali, the decision to exclude from subsidy a person who owns more than one property in the same governorate, or one who owns properties in the most expensive areas, does not have such an impact that pushes citizens to sell their property for the purpose of restoring said subsidy.

For about a month now, the real estate supply has increased, owing to a recession and real estate sales stagnation.

The analyst considered that higher supply compared to current demand does well for the market, seeing as to how it plays a role in reducing prices. However, lower prices during a recession are viewed as unhealthy. Therefore, it is unlikely that the movement of real estate sales and purchases will improve under current economic conditions.

Misfortunes of some people

The rise in real estate prices in the Syrian pound has two very different meanings for Syrians in and outside Syria, according to what the Syrian researcher and Ph.D. holder in Economics and research director at the Operations and Policy Center (OPC) Karam Shaar, told Enab Baladi.

Shaar added that real estate prices had exceeded the ability of Syrians in regime-controlled areas to pay, considering that wages in the said areas remain the same, while real estate prices had increased significantly along with many of the simpler requirements of day-to-day life. The rise in prices is therefore real and is impeding their ability to buy homes.

For Syrian expatriates, real estate prices in Syria have fallen sharply over the previous decade.

When the amount is calculated in US dollar or in any foreign currency, the prices would be reasonable for Syrians who are abroad, especially for those among them who are insured that the future in Syria is only heading for the better.

The current situation is the most suitable in terms of real estate purchases because if things are destined to improve economically, real estate prices will inevitably rise in Syria, as is the case in all countries of the world.

Real estate prices are associated with overall economic performance, which is why Syrians abroad happen to be the most willing to buy real estate back at home. Meanwhile, Syrians who live in regime-controlled areas are selling because they want to leave the country.

This has been clearly illustrated by the number of passports issued after 2021, compared to 2020; the number had more than doubled, a “terrifying” increase, according to Shaar.

From the beginning of July 2021 to 20 February 2022, the Syrian Ministry of Interior has printed 486,000 passports within Syrian territories and 86,000 passports in consulates outside Syria, in addition to 21,000 travel documents for Palestinian-Syrians, according to what was stated by the Director of the Migration and Passports Department, Khaled Hadid.

In accordance with the same decision, a sum of 500,000 SYP must be frozen for at least three months in the accounts used for the aforementioned sales of residential and commercial real estate, lands, and vehicles.

The Head of the Studies and Legislation Department at the Directorate of the Government Banking Commission, Hanan Ailabouni, justified the ministerial decision that the largest possible number of people should have bank accounts, all the way to everyone having a bank account, through contracts for the sale of real estate and vehicles. Attracting liquidity from the market to banks and trading it is an important factor.

According to statistics, the value of bank funds only constitutes a negligible percentage of the funds being traded on the market; this may be considered rather “terrifying” or “abnormal.”

Shaar, on the other hand, estimates that the main purpose of the ministerial decision is to push Syrians to use the banking system in financial transactions.

This pressure to apply the subsequent tax on real estate sales is aimed at forcing sellers and buyers to deal through the banking system, which provides stronger control over sales and purchases, thus, a much more solid taxing capacity.

Is it safe for purchase?

Lawyer Ahmed Sawan told Enab Baladi that many of the properties that are currently being sold to Syrian expatriates and others are stolen from their original owners either by looting expatriates residing outside Syria or through the use of false documents by forging power of attorneys or falsifying the identities of the original owners, which has occurred quite frequently, especially in Damascus and Aleppo. In this case, expatriates can claim their properties in the future because it has been stolen by forgery.

There are also very complex cases, such as the case of successive owners, that is when the forger registers the property documents in his name and then sells it to a second and then a third person. That way, recovering the property becomes a problem seeing that the third owner is a “Possessor in Good Faith” according to the law (i.e., unaware of the original and authentic ownership of the property). According to Sawan, this leads to considerable litigation.

The second way of robbing original owners of their properties is carried out through seizure and confiscation according to laws issued by the regime after 2011; these laws authorized the Counter-Terrorism Court (CTC) to attach and sell opponents’ properties. From a legal point of view, this is considered a valid sale, as it has a legal basis and is based on a court decision.

Since the beginning of 2011, the regime’s government has issued a set of laws and legislative decrees related to property rights that have had an impact on Syrians inside and outside the country. It also included the seizure of movable and immovable properties of political opponents or sympathizers of the Syrian revolution, including artists, intellectuals, and merchants charged with supporting the so-called “Terrorism.”

The Syrian regime’s seizure of the property and funds of prominent Syrian opposition figures is nothing but an act of punishment and revenge; in 2012, the regime sentenced the son of the former Minister of Defense, businessman, founder of the “Syrian Promise” movement and its former president, Firas Tlass, to death.

The ruling was accompanied by a decision stipulating the confiscation of all his properties, which was published by Syrian media outlets according to what he pointed out in a previous interview with Enab Baladi.

Article 12 of the Counter-Terrorism Law No. 19 of 2012 provides that, “For all the offenses set forth in this law, the court shall rule on conviction the confiscation of movable and immovable property, its proceeds and objects used or intended for use in the commission of the crime, and, if any, the dissolution of the terrorist organization.”

A broker to facilitate property purchase and sale

A contract signed by this intermediary is a valid contract if it is made according to a power of attorney approved by the consulate or through a power of attorney authorized by a notary public of the State in which it is located, as is the case in countries such as Egypt, Jordan, Lebanon, and in Turkey where this service provider is called a “Noter.”

If the power of attorney is documented by the notary of the State in which it is located, the contract is valid and is legally binding.

In the future, the expatriate cannot abandon this contract because it is a contract concluded through a power of attorney, and this power of attorney allows the broker to sell, buy, and sign on behalf of the owner.

Among the governorates under the control of the regime, the (Damascus suburbs) Rif Dimashq governorate led by 25.4 percent of the total number of contracts concluded, followed by Latakia (12.4 percent) and Damascus (9.4 percent).