Aleppo: Families deprived of subsidies on suspicion of opposition links 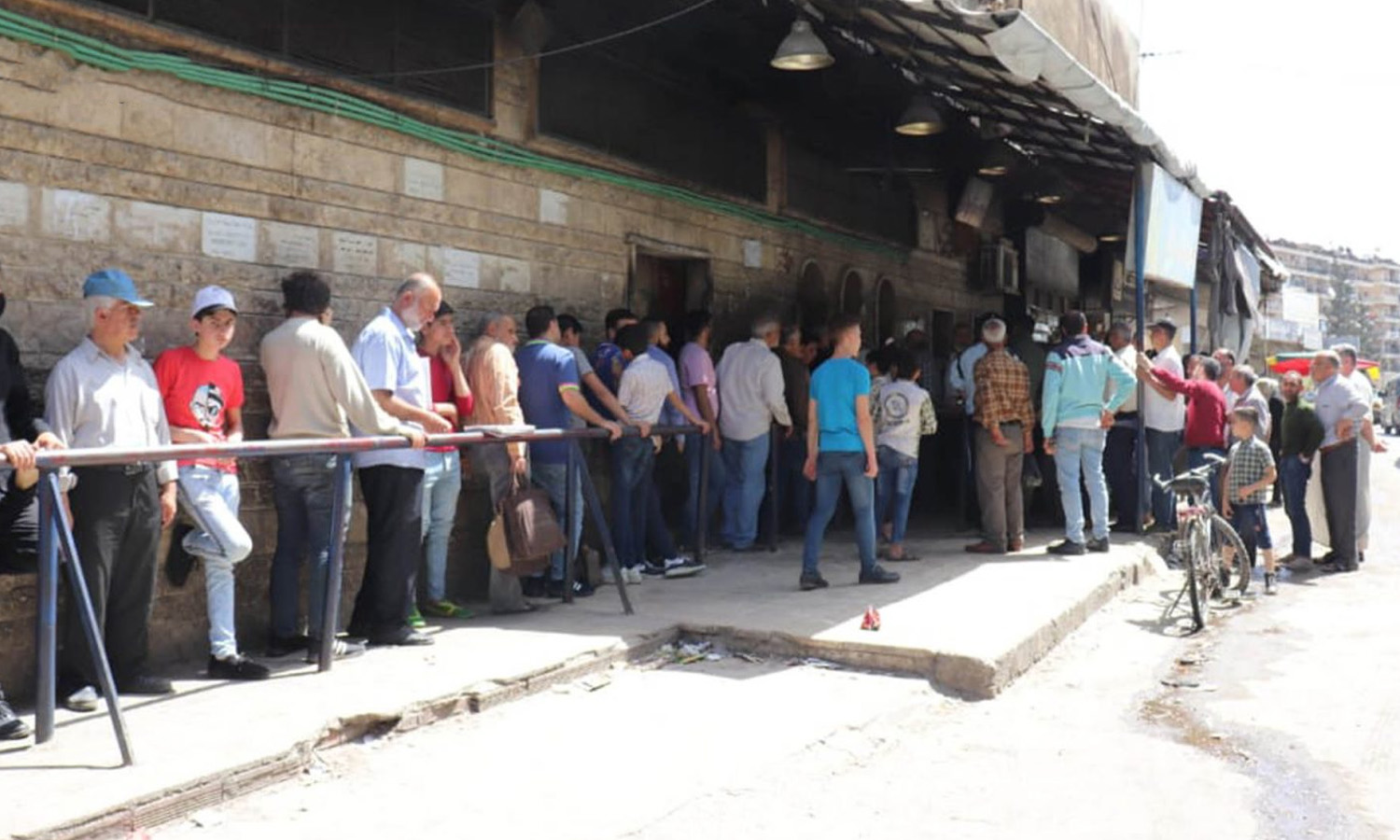 The Syrian regime’s government terminated food subsidies for residents of Aleppo city who had previously resided in opposition areas without giving reasons despite the economic difficulties that plague all citizens in the war-ravaged country.

Enab Baladi interviewed a group of residents from the al-Qaterji neighborhood, one of whom is Muhyiddin, 52, who was surprised by the suspension of subsidies on his “smart card.”

He attributed the reasons to a technical defect in the “smart card,” ​​but after several visits since 24 February to the center for issuing new government subsidies cards, he was informed that the food subsidies were canceled for his entire family without giving reasons.

Muhyiddin quoted a number of his neighbors in the neighborhood who were also taken out of the subsidies list, that the common reason between them is the presence of relatives with the opposition factions in Aleppo countryside.

In addition to a number of families who had their subsidies suspended because they lost their sons in battles against the regime, he added.

No subsidies for the poor

The policy of restrictions imposed by the regime on civilians who remained in Aleppo under the “reconciliation” agreement continued after the regime took full control of the city in 2016.

The continuous restrictions coincide with chronic poor service and living conditions, as civilians interviewed by Enab Baladi in the eastern and southern neighborhoods of Aleppo considered that the government is adopting the policy of “starvation and punishment” against them.

Mohammed, 49, a resident of the Sadd al-Lowz neighborhood, told Enab Baladi that the cessation of government subsidies targeted civilians who did not leave the area after the “reconciliation” deal and those who were present in it during the armed opposition’s control.

A common opinion was formed for the residents that they now know those who have been canceled in advance, although a large part of the families whose government support has not been canceled are considered to have good financial incomes, and they receive their allowances in full.

Mohammed said that his objection to canceling the subsidy was not accepted due to his son’s previous fight with the armed opposition factions, and when he wanted to object to cutting the subsidy, the “Takamol” Center in Aleppo took his “smart card.”

A state of resentment and anger prevails today in Aleppo due to the cancellation of the “smart card” support for a large number of families who depend mainly on their “smart card” allowances.

Antonio Guterres, the Secretary-General of the United Nations, said that 9 million Syrians live in areas outside the control of the Syrian regime, including 5.6 million people in need of humanitarian assistance.

Guterres stressed that 7.78 million Syrians do not have doctors or medical facilities that meet internationally accepted minimum standards, in addition to the fact that 90 percent of Syrians are below the poverty line, 60 percent of whom suffer from “food insecurity.”

What does the government say?

An employee at the Takamol Center that issues “smart cards” in the Sulaymaniyah neighborhood of Aleppo told Enab Baladi that the suspension of subsidies was not random.

“Lists were prepared of the names of families that were dealing with and coordinating with other parties,” according to the employee.

Although the decision was clear that halting subsidies will affect specific categories of civilians whose financial conditions are good, as well as those who own real estate, a car, and a house, it also appears that some of those deprived through the “smart card” are subject to judicial accountability or convicted of crimes “affecting the state security both in the past and the present.

The employee, whose name was withheld by Enab Baladi for security reasons, added that it is scheduled to complete the cancellation of support for new families in the city of Aleppo during the coming period.

Families in Aleppo depend on their allowances through the “smart card” because they buy them at the equivalent of a quarter of their market value.

On 28 February, the regime’s government decided not to exclude certain groups from the subsidy, including owners of private cars who have disabilities and decided not to count their cars to the family if they own a second car, in addition to the families of the deceased in the Syrian regime’s forces, in the event that the ownership of the tourist car is transferred to the family as an inheritance.

The regime’s government emphasized that the exclusion from support because of owning a car does not include cars owned by parties, organizations, professional unions, charities, and spiritual activities.

Since February, the Ministry of Communications in the regime’s government has begun implementing the subsidies cut for a group of “smart card” holders, as the number of removed cards reached about 598,000, according to the ministry’s statement to Ninar FM radio.