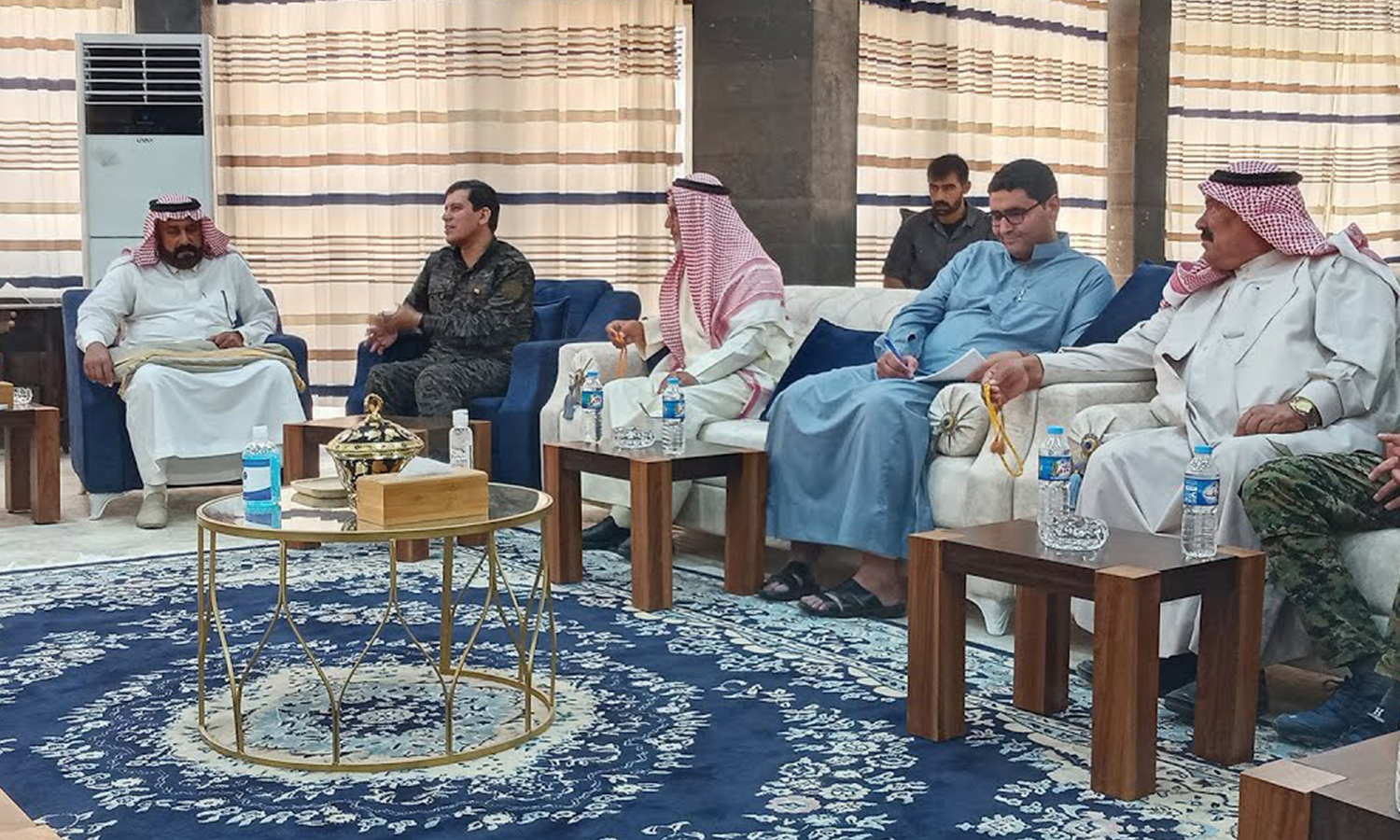 Hussein al-Najm, in cooperation with his colleagues, collected what he claimed was evidence proving the involvement of a Civil Council official in corruption and misappropriation of funds allocated for the rehabilitation of public facilities in the eastern countryside of Deir Ezzor.

Al-Najm, who works in one of Deir Ezzor’s Civil Council committees, objects that all the council employees are tribe members. He argues that those tribe members, who are notoriously corrupt, are holding high positions within the institutions of the civil councils. He is not comfortable with many tribe members having a monopoly on positions of power and decision-making in the eastern governorate of Syria, especially if they are “corrupt.” Plus, nobody can hold them accountable or dismiss them from work because they are granted full immunity from prosecution due to their strong connections with tribal dignitaries.

“Tribal partisanship” is the main reason for the obstruction of the fight against corruption or improvement of services and living standards in Deir Ezzor, al-Najm told Enab Baladi.

Al-Najm, who is in his forties, said that he has witnessed and heard about many embezzlement cases of thousands of US dollars. Moreover, local pages circulated news and photos of some employees who embezzled public funds. However, those embezzlers are not held accountable yet; they are still working in institutions that cannot provide Deir Ezzor residents with the most basic services.

He did not present any tangible evidence on a specific embezzlement case. However, there has been much talk about embezzlement in Deir Ezzor. Furthermore, Deir Ezzor residents leveled accusations against people known in the area.

This phenomenon pushed some officials to resign in protest of the lack of action against these infamous embezzlers.

Corruption rampant within the council

In September 2020, Ahmad Ayed al-Khalaf, the head of the General Oversight Committee in Deir Ezzor governorate, resigned due to the prevalent corruption within Deir Ezzor’s Council of the Autonomous Administration, the civilian wing of the Syrian Democratic Forces (SDF) in the region.

The resignation statement reads that the General Oversight Committee is under great pressure to remain silent about corruption cases.

Al-Khalaf said in his resignation statement that he has brought corruption cases to the relevant authorities in the court, the General Monitoring Council and the Civil Council. However, these authorities have not taken any actions, which prompted al-Khalaf to resign.

This approved what al-Najm told Enab Baladi earlier, “Even though he collected evidence that proved the involvement of an official in Deir Ezzor’s Civil Council in corruption cases, the General Oversight Committee did not hold him accountable. Moreover, he remained at his job after settling his situation with the support of some notables from his tribe.”

Deir Ezzor’s Civil Council supervises the administration of parts of the governorate controlled by the SDF in 2019, after battles against the Islamic State (IS).

The SDF, backed by the US-led coalition against IS, shares control over Deir Ezzor governorate with the Syrian regime forces. Notably, the Euphrates River is the dividing line between the two territories of influence.

Residents of the eastern Deir Ezzor countryside, which is under the control of the SDF, accuse leading tribal figures and those close to Arab tribal elders of contributing to the deterioration of the living conditions and the lack of basic services.

Enab Baladi monitored the views of some residents of Deir Ezzor areas supervised by the Autonomous Administration and asked them about their position on the issue of corruption rampant within Deir Ezzor’s Civil Council.

The majority of people demanded solutions to eliminate officials’ distractions and sharpen their focus on improving the area’s basic services.

SDF responsible for controlling the situation

Muslat al-Najars, a 35-years-old young man from the town of Theban in the eastern countryside, believes that the SDF is responsible for managing the social situation and services in Deir Ezzor. He said that the SDF must find appropriate solutions to save the area, which has been under its control for more than three years.

Today, Deir Ezzor residents have lost their rights because neither the SDF nor the tribes put their people’s interests first.

The people of the areas controlled by the SDF, and run by the Civil Council of Deir Ezzor, suffer from dire humanitarian conditions and great difficulties securing basic needs.

There is only one “Social Justice Office” in areas controlled by the Autonomous Administration in the western countryside of Deir Ezzor. It was established in 2018 within al-Jazra district, and then a decision was taken to relocate it in 2019 to al-Kasra district. After that, a parliamentary body, linked to the Social Justice Office, was established in al-Busaira district, southeast of Deir Ezzor.

According to a research study conducted by Omran for Strategic Studies, the residents implicitly do not recognize the judicial system of the Autonomous Administration. They do not believe in the legal authority of the SDF.

Therefore, when they face a problem, they rely on alternatives, such as turning to the previously existing tribal judiciary in the region, whose effectiveness has increased even more in light of the judicial and security vacuum.

Embarrassed before their supporters

In its meetings with SDF leaders and tribal elders, the US-led coalition against IS focuses on the need to find a practical solution to stop what is happening in Deir Ezzor governorate; this includes service neglect of public utilities that are regarded as a daily necessity for the population, a tribal elder told Enab Baladi.

The tribal elder, who spoke on the condition of anonymity for security reasons, indicated that some parties do not want stability to prevail in Deir Ezzor because they benefit from the current situation, mainly from the spread of security chaos and corruption.

These “parties do not want to find solutions or contribute to the fight against corruption,” which is now festering within the Autonomous Administration and its institutions, including Deir Ezzor’s Civil Council, the tribal elder stressed.

The need for convergence of views

When Deir Ezzor was fully under the control of the Syrian regime, its policy tended to marginalize the role of the Arab tribes in managing the governorate’s civil institutions, especially its service institutions.

The tribal system was almost non-existent due to the policy of exclusion practiced by the Syrian government, human rights defender Khader al-Fatih told Enab Baladi.

After the Autonomous Administration took control of parts of the region, tribes started to have a more prominent role in the political, administrative and security areas.

Their role was expected to positively create a participatory administration in the region because without tribes’ cooperation, and no party can achieve community security.

However, the participation of Arab tribes negatively affected the civil and military institutions of Deir Ezzor, said al-Fatih. Tribes’settlement mechanism for solving a range of cases, such as murder, real estate, financial, agricultural, and administrative disputes, have become a permanent alternative to courts that lack effective influence.

According to the human rights defender, involving Arab tribes in managing civil institutions is not a new demand by Deir Ezzor residents.

However, tribal participation needs to bring the views of the tribal system closer in settling cases and in courts of the Autonomous Administration in order to avoid impunity, the consequences of which are primarily borne by the residents of the region.