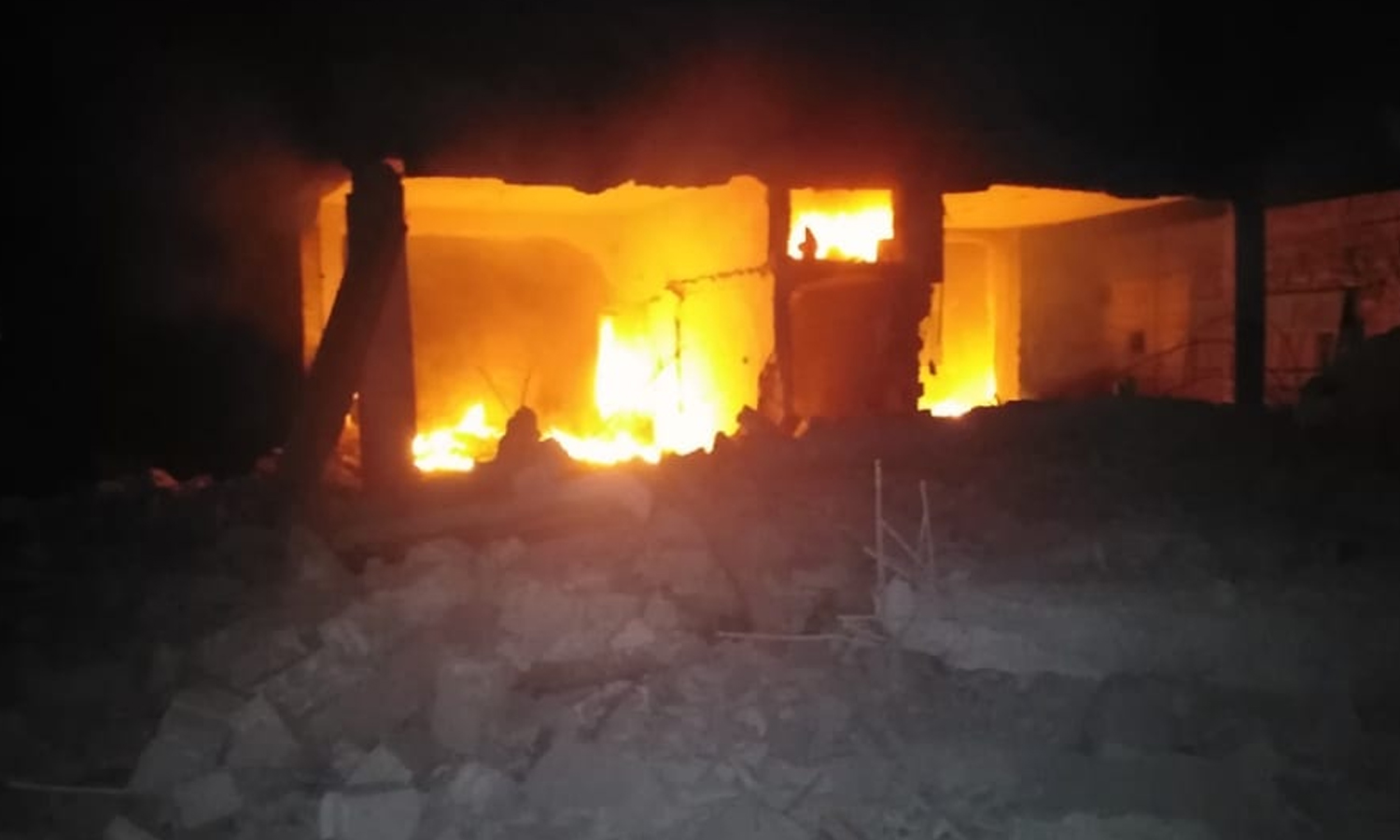 Yesterday, on 7 June, the Syrian regime forces stormed Elemtaih village, in Daraa governorate, and set fire to civilian houses. The attack was in retaliation to the death of a regime forces’ commander in an ambush set up near the village.

Enab Baladi’s correspondent in Daraa reported that the Russia-backed 8th Brigade attacked the Elemtaih village, in the eastern suburbs of Daraa, in response to the death of one of the brigade’s commanders. The commander was killed near the village on his way to transport a murder convict with a number of the brigade’s fighters.

A commander of the 8th Brigade told Enab Baladi that a group of the brigade’s fighters was headed to the Elemtaih village to resolve a dispute between a person blamed for a murder and one of the area’s tribes, which regularly engage in clashes. On the way to the village, the group fell to an ambush that caused the death of commander Talal al-Shaqran.

In response, groups of the brigade’s fighters stormed the village and set several civilian houses aflame, the correspondent reported, adding that the forces detonated a house at the center of the village.

Several injuries among civilians were announced through the village’s mosques’ radios due to the clashes following the mobilization of a military convey affiliated with the brigade from Busr al-Sham to the village.

The brigade also imposed a curfew in the village and embarked on raids, searching for the person accused of the murder, the Horan Free League reported.

Daraa governorate has been struggling in the grip of security chaos since the Syrian regime forces re-controlled southern Syria in July 2018. Insecurity is rising due to the growing tensions between the regime forces and the area’s residents who refuse the presence of regime-affiliated para-military groups.

The regime forces are imposing a suffocating siege on Daraa al-Balad city to force residents into surrendering their light weapons. For its part, the Daraa Central Committee has been refusing the forces’ demands and denying such weapons exist in the city.

The committee has repeatedly said that city’s residents possess only individual weapons, which they keep to protect themselves under the acute state of insecurity that followed the regime’s forces’ control of southern Syria in 2018.

In the past 10 days, Syrian regime aircraft have been hovering over Daraa al-Balad at a low altitude, which local activists consider a threat of airstrikes should residents refuse to adhere to the Russians’ and regime’s demands.