On the Trauma of Advocacy 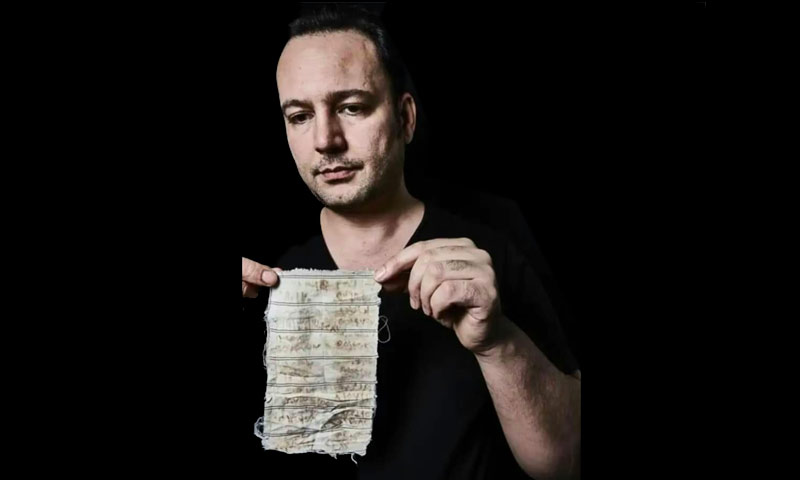 The tenth anniversary of the Syrian uprising has now passed. Harrowing testimony of victims and stories of resistance from survivors saturated this brief moment in our collective conscience. Hundreds of articles, podcasts, interviews, videos, reports, statements and commitments from human rights organisations, the United Nations, politicians and States were released. The violence of ‘Syria’ was everywhere.

If none of us victims could speak out, the world wouldn’t have heard about the true extent of the unimaginable horrors committed against Syrians – and still being committed against tens of thousands of Syrians right now. But the burden is heavy.

I know the equation is simple: we, the victims and survivors, must speak up to help save those still inside and hold the perpetrators accountable. Those who feel they can tell their stories must do. We made a promise not to forget those who are still inside. We made a promise to set them free. This information we struggle to convey is crucial in assisting human rights organizations in documenting atrocities and abuses. Survivors are in a unique position to tell the world, the media, politicians, researchers, and others the horrors we survived and what we know of what so many still endure today. Our testimonies as witnesses and victims are decisive in courts to provide justice for Syrians.

I am grateful to all the journalists, researchers, and campaigners for sharing our agony with the world and shedding light on the ongoing atrocities against Syrians. I also understand the damaging impact or trauma they might have listening to our tragic and upsetting stories. Exposure to such painful testimony has its toll on those who listen. I know so many of us are exhausted, but this work can’t stop now.

I remember the first time I spoke of what I have endured in detention. A day after my release on a cold February in 2013, I was sitting with some family members in Damascus having a delicious Syrian breakfast of spicy makdous, labneh, za’atar with virgin olive oil hummus, olives, and apricot jam, along with hot fresh bread and tea. I was indulging in the delicacies spread out in front of me on a clean table. I started expressing my joy and gratitude to my mother, sisters, and other family members, being with them and enjoying this paradise of delicacies. This meal was one of the simple things that I was deprived of for so long in detention. I was starved and had to eat scraps of left-over rotten food from the ground. Often this was just rice or bulgur.

I kept talking about my time in detention while enjoying the food until I realized that I was the only one eating and the only one speaking. I looked at the faces of my family, and they were all completely still and with tear-filled eyes. I stopped talking and apologized for what I caused. That was a practical lesson for me on the impact of telling my terrible story. At that time, the feeling of being free from the hell I had been in was more potent than the trauma itself. With time passing by, the memories and trauma got stronger and overcame this feeling of salvation.

However, speaking up has its toll on us victims too. Syrian advocates living with the trauma of detention and torture, especially those who do many interviews, are subject to immense pressure and reminders of the pain and horrors of what they faced. Simple questions could be triggering because you have to re-live the nightmares.

The reminders are everywhere. One day in 2014, I walked into a spice market in Istanbul, and I heard sparks and something electric. I froze. I lost the sense of where I was. The dizzying aromas of the cinnamon, mint, and za’atar disappeared. It felt like I was back in that dark, putrid place with jailers aiming their tasers at my back. They used to do this daily when I was detained underground in the 4th Military Division in Damascus. Eventually, I returned to my senses, and I turned my face very slowly, looking back in fear to see what this terrible sound was. I saw a man sitting behind a table with his hand stretched forward towards me. He was selling tasers. I quickly turned my face away in anger and cursed the world. I ran home to try to escape my memories.

It was the first time I heard this unbearable sound after I was released. In detention, I received maybe millions of volts in my body during my detention period. I sometimes wonder where all that electricity went. Did they damage something in my body or my mind? Or did it vanish? If they had killed me, would it have ever existed?

There are different types of trauma triggers. One of them is deliberately recalling painful experiences to tell others your story. I did this when I wrote the memoir of my detention. With every scene I wrote, I intentionally sent myself back to my captivity. I tried to get the exact feeling and recall as much as possible to record honest feelings and details. I wanted to shine a light on the darkness, on these horrors we are facing in Syria. It took me years to finish writing my memoir, and I believe it had a devastating toll on my life. However, I am satisfied that I documented my memory before years go by, and I forget more and more of its details.

The Syrian authorities arrested, forcibly disappeared, and tortured me because I documented torture and enforced disappearance while working with the Syrian Centre for Media and Freedom of Expression. One of the regime’s jailers broke my teeth after smashing my head against the ground in a cell. However, none of this torture and indescribable humiliation stopped my efforts to reveal the horrors, despite the mental anguish.

Throughout these years since my release, every time I am interviewed and invoke my experience, I get re-traumatized for a day or two. Then, I try to turn off the world around me and sleep. Would this help? No, most often, I wake up terrified from nightmares, distressed, and unable to return to sleep. There is no way to escape this suffering, not even when sleeping.

I was released in 2013 after 356 days of detention by the Syrian government. I carried my traumatic experience and many others’ experiences on my shoulders and in my mind. I had the scars of torture on my body, not knowing that they will accompany me to my grave and that I will touch them almost every day. It is indeed a vast weight, adding to it my advocacy work, the news from Syria, the denialists and conspiracists, the horrific stories of death, suffering, and the testimonies of the victims.

All that I heard and saw, the articles I’ve written, the stories I’ve told, including in interviews, what I’ve documented, and even my recent university studies, had an overwhelming trauma that has a devastating impact on me and my life on different levels. However, all this would have been tolerable if there was a light at the end of the tunnel. It is not only the trauma but the loss of hope that can devastate a person. The inability to save the lives of the rest of those detained haunts me. Those who callously deny our torture ever happened are torturers in another guise. As long as there is no justice, my mind will not be at peace like millions of others.

After all these years, my trauma has got worse, not better. With the years passing by, this toll on me started to deepen and to be permanent. Gradually, I felt that I could not go on anymore. I began to avoid everyone and do traumatizing work or interviews as little as I can.

But I can’t stop. I made a promise to those left behind. Many detainees and their families would not want me to give up hope that there will be justice one day. Syrian detainees are tortured and killed every single day, and I will keep speaking up for them even if the world ignores all our pleas to save the rest. I dedicate my life to this work.

Now I must go home and rest for a couple of days.