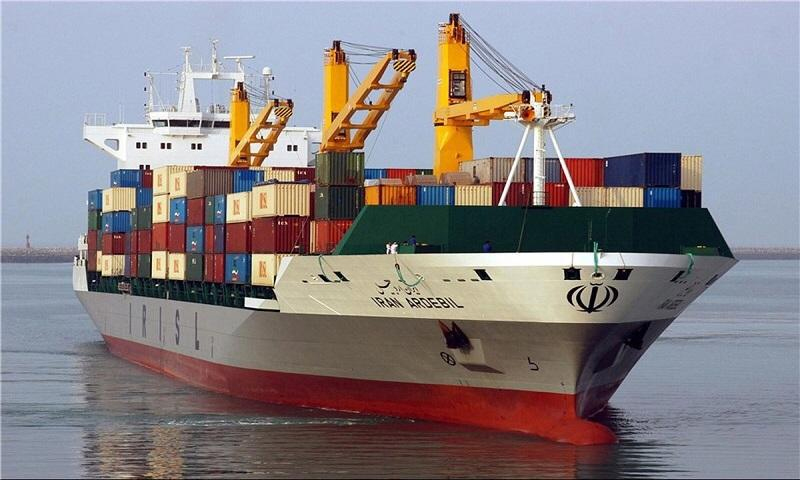 Iran  failed to launch the one-way direct shipping line from the southern Iranian port of Bandar Abbas to Latakia port on the Syrian coast, scheduled to operate on 10 March.

Syrian state media outlets have not reported any news of cargo ships sailing from Iran towards Syria within the new shipping line, despite the passing of about one month of the scheduled launching that was preceded by extensive media coverage of the expected benefits and advantages of the new line.

On 17 March, after the expiration of the shipping line’s scheduled launching, the Director of Arab and African Affairs at the Iranian Trade Promotion Organization (TPO), Farzad Bilten, said that the organization was following up on the launching process of the direct shipping line between Iran and Syria.

Iran’s Fars News Agency cited Bilten as saying that “the regular and direct sea shipping line is somehow ready for launching,” without pointing out the reason for the line’s delayed operation or indicating a new specific date for launching.

Syrian and Iranian officials promoted the new shipping line through pro-government media outlets in both countries. They talked about the importance and benefits of the new shipping line connecting Iran’s coasts with the Syrian regime’s areas. The freight line was announced to be a one-way line—that is, to export Iranian goods to Syria.

The head of the Syrian Economic Task Force (SETF), Osama al-Qadi, told Enab Baladi that the advertisement of the new shipping line was “part of an ineffectual psychological warfare that has become a mockery for observers.”

“A trade line between two countries requires both of them to have a capacity for selling, buying, trading, and foreign exchange securing, not to mention the existence of consumers who can afford to buy freighted goods,” al-Qadi said.

He added, “In fact, neither Syrian nor Iranian people have purchasing power, particularly within the Iranian rial record depreciation.

The volume of annual trade between Iran and Syria ranges between 170 and 180 million USD, according to recent official Iranian estimates. Meanwhile, Iranian officials in Tehran hope that “the volume of trade between the two countries would triple by next year.”

Economic researcher at Omran Center for Strategic Studies, Munaff Koman, thinks that “Iran is unqualified to build an economic project in Syria and is not like developed countries that seek to dominate other countries economically by making them a market for their products and services.”

Koman noted that before the Syrian revolution, Iran did not pursue a high level of commercial cooperation with Syria despite the signed contracts and agreements and closeness between the two countries.

Even though Iran sought to gain more benefits from its intervention in Syria, Iranian experts say that “the Iranians have not been able to capture the attractive and ready Syrian market,” Iran’s Mehr News Agency reported.

Operating the shipping line will not help the Syrian economy recover, especially under the sanctions imposed on Syria. Land, sea, and air exit/entry points are available in Syria, and the question is not about the launching of a freight line here or there, but about what kind of goods will be imported through this line,” Koman said.

Earlier, Bilten said that his country aims to increase trade revenues with Syria to 1.5 billion USD in the next three years.

Bilten stated to FARS News Agency that the TPO had set a plan to export goods worth 400 million USD to Syria to gain 100 million USD in revenues in 2023. He added that the TPO aims to expand the export of technical and engineering services to Syria as part of its targeted trading with it.

Between the period extending from 20 March 2020 to 18 February 2021, Iranian exports to Syria recorded a price decrease of 34 percent and a quantitative decrease of 43 percent compared to previous periods.

Bilten attributed the decline of exports to the repercussions of the novel coronavirus (COVID-19) pandemic, which caused trading activity to halt between the two countries and suspended exhibitions in Syria.

“Israel targeted at least a dozen Iranian vessels bound for Syria and mostly carrying Iranian oil in support of the Syrian regime government,” a report published by the US newspaper The Wall Street Journal mentioned on 12 March. The Israeli attacks coincided with the date set by Tehran and Damascus to launch the direct shipping line, which raises questions about the attacks’ relationship with the delayed launching.

The report mentioned that “Israel used various weaponry including water mines to strike Iranian vessels and ships carrying Iranian cargo as they navigated towards Syria in the Red Sea and other areas of the region.”

“Some of the naval attacks have also targeted Iranian cargo vessels carrying weaponry throughout the region,” the report cited US officials.

The head of the SETF, al-Qadi, thinks that the shipping line’s delayed launching is not connected to the targeting of Iranian oil tankers.

Al-Qadi told Enab Baladi that the announcement of the sea shipping line is “propaganda,” saying that if Iranian oil tankers were not allowed to pass, how could this shipping line operate. This maritime shipping line is a “stillborn idea” similar to the “Our pound is our pride” campaign launched in Syria to support the collapsed Syrian pound.

“The shipping line is a ready-made pretext to those wishing to bomb Syria, threatening the removal of the Latakia port off the Syrian map; other than that, the maritime shipping line has no real effect,” al-Qadi said.

“Basically, the shipping line will not help the Syrian economy in any way,” al-Qadi said.

He added, “The problem of the Syrian economy is not the shortage of welfare goods, but the lack of foreign exchange funds to buy needed imports from the market that consumers can afford to buy.”

Another problem is the declined purchasing power of Syrian citizens, who can barely buy bread, medicine, and fuel with their income that does not cover their living expenses most of the time. According to al-Qadi, the primary problem is the significant decrease in aggregate demand due to the hardships experienced by Syrians in transportation and obtaining daily bread or medicine.

Iran is working on promoting itself as a substitute to Russia and that it can supply the Syrian economy with necessary goods.

Iran’s policy in Syria serves its propaganda, said al-Qadi, who argued that “had Iran’s economy been as strong as it claims, it would have been able to secure Iranians’ basic needs, as more than 20 to 30 percent of the Iranian population lie below the poverty line and suffer from large-scale unemployment and poor living conditions.”

The joint head of the Syrian Iranian Joint Chamber of Commerce and representative of the Syrian side, Fahad Darwish, said on 23 February that the launching of a direct shipping line between the ports of Bandar Abbas and Latakia would lead to “regular shipments of goods between Iran and Syria,” the pro-government local newspaper al-Watan reported.

A vessel from Iran was bound to Syria on the 10th of every month, whether filled with cargo or empty, Darwish said. Before, Vessels were kept onshore until filled with cargo shipments, making Syrian importers wait for up to three months for their freight to arrive at Lattakia port, according to Darwish.

Meanwhile, the co-chair of the Syrian Iranian Joint Chamber of Commerce and representative of the Iranian side, Kiwan Kashfi, talked about “the possibility of launching two maritime shipping lines between Bandar Abbas and Latakia ports, that is, one ship every 15 days, when necessary.”