Syrian economy in foreign hands: Will they cover Syrian government’s deficit or pay off its debts? 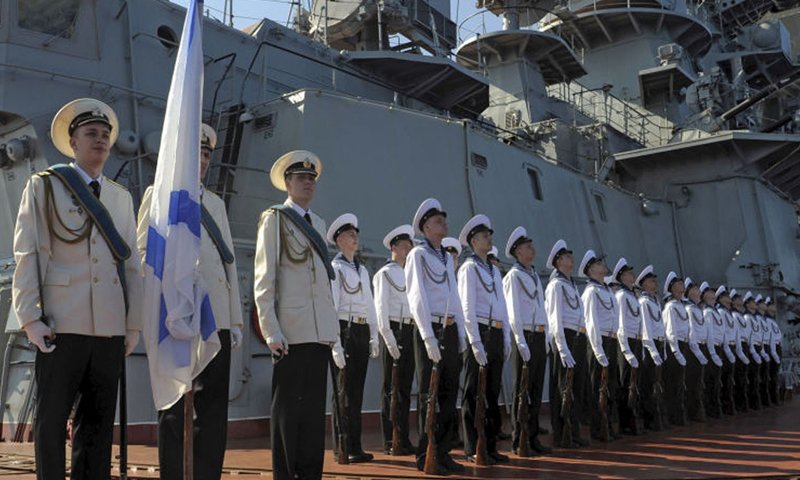 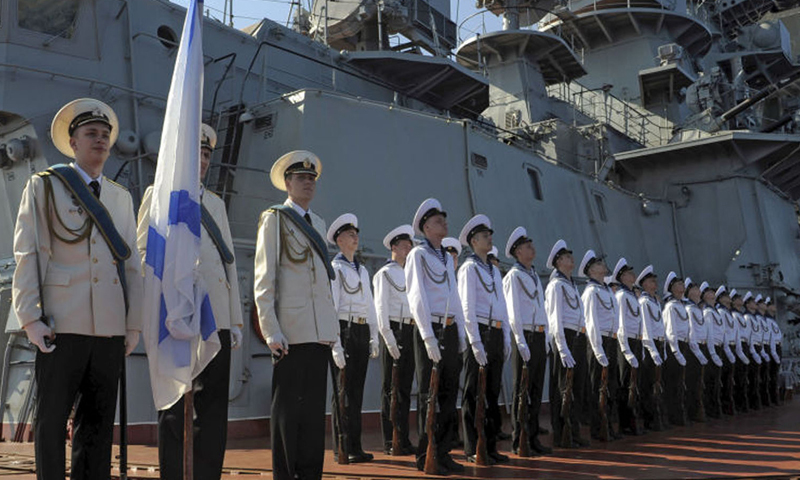 Russia and Iran, allies of the Syrian regime, are bolstering their economic power in Syria in addition to their military presence. The two countries are wrangling for business influence over energy resources and vital financial and industrial establishments by signing long-term contracts with the Syrian government. These long-term contracts ensure their political and economic interests in Syria and recuperate some of the costs and expenses incurred during war years.

Iran has specific economic goals in Syria which contradict Russia’s economic policies; Iran is trying to dominate investments in many sectors such as oil, gas, and reconstruction. In return, Syrian officials seek to obtain military and political support and assistance from the two countries. As a result, Russia and Iran could control Syria’s economic options.

The Syrian regime’s economic and financial policy has not changed throughout the years of the conflict in Syria. The regime’s financial decisions prove its inability to bridge the fiscal deficit; it turned to allied countries that may find investing Syria’s wealth and facilities more beneficial than compliance with international law, which forbids dealing with the Syrian regime and imposes sanctions on those who support it.

The Syrian regime has not achieved economic gains from the investments it granted to Russia and Iran, although the term “investment” means the maximization of more money, economic analyst Munaf Quman said.

No development has been seen in facilities that the two countries have invested in, such as ports and gas fields, and the chronic economic problems that Syria suffers from persist.

Quman believes that the Syrian regime can benefit from the contracts and investments only when the economic and political situation stabilizes. The situation would not differ much if these facilities are run and controlled by the regime.

The Syrian regime will not recover from the economic crisis because its underlying root causes were not associated with the lack of resources or supply and demand factors. Instead, there is a structural defect, part of which is due to economic sanctions and another to the increased military expenditure. This has led to the overstretching of financial resources, state treasury, and its institutions.

Economic researcher Khaled Tarkawi told Enab Baladi that the investments, when they are in the Russians’ hands, are more beneficial to the Syrian regime than when they are in its hands. However, Russia and Iran controlling these facilities is not a good sign for the Syrian people because the foreign companies are working to achieve their own investment profits.

On 23 December, the head of the Syrian regime adopted the general budget for the fiscal year 2021, which the People’s Assembly approved at an amount of 8,500 billion SYP, an increase of 4,500 billion pounds compared with the year 2020. However, the value of the 2021 budget amounted to about 2.9 billion U.S. dollars; the pound recorded at that time an exchange rate of 2,850 against the U.S. dollar, according to Syrian Pound Today (a Syrian Pound tracking website).

This is roughly half of the 2020 budget, which amounted to 5.7 billion USD, at an exchange rate of 700 SYP to one U.S. dollar, based on the market exchange rate in November 2019.

The budget deficit is the difference between government revenue and spending. One single investing company cannot contribute to filling the deficit, especially since the deficit is estimated at tens of billion SYP. Quman believes that most of these projects will fail eventually.

Quman does not believe that the Syrian regime will gain from offering new public facilities for investment to fill the budget deficit, even if it offered all of Syria’s facilities. The Syrian government currently adopts a seemingly unsuccessful method of providing strategic facilities for further investments that are losing money; they do not meet the purpose of bridging the deficit or diversifying and attracting investments. This is because contracts like these are necessarily mortgaged to Russia and Iran.

Besides, the Syrian regime still relies on deficit financing, domestic and foreign borrowing, and taking money from merchants and close associates to fill the deficit. Quman does not see any feasible outlets other than those methods to bridge the deficit.

The Minister of Economy in the Syrian Interim Government(SIG), Abdel Hakim al-Masry, believes that the regime may offer many investment projects, such as telecommunications projects.

The regime will likely sign a contract with Russia to invest in Damascus International Airport for 50 years. Al-Masry believes that this will allow Russia and Iran to control Syria’s economy and financial decisions, negatively affecting the economic situation.

Most prominent investments in Syrian facilities

In January 2017, the Syrian regime signed an agreement with its ally Russia to expand and use the naval facility in the Syrian port of Tartus for 49 years.

At the time, the agreement provided for the expansion of the material and technical supply center of the Russian military fleet in Tartus and permitted the presence of 11 Russian warships in the port at the same time.

Iran’s economic role in Syria increased in late 2011 after Arab and foreign countries boycotted the Syrian regime due to its security policies and imposed sanctions on the regime. These countries stopped dealing with the Syrian Central Bank, halted commercial projects, and froze Syrian officials’ assets.

In 2017, Iran signed five memoranda of understanding with Syria, covering various fields, including energy, communications, agriculture, and livestock. Besides, Iran obtained essential investments by signing agreements and memoranda of understanding in industrial and agricultural fields, according to a study conducted by the Omran Center for Strategic Studies and Research.

The term public state property is synonymous with the term public funds. The Syrian Civil Law defined it in its Article No. 90 as “real estate and movable property that belong to the state or public legal persons, which are allocated for public benefit already, or under a law or decree.” Thus, public funds are determined through their allocation for the public benefit. The property is by nature specific to its use by people, such as rivers and beaches, or designated by the state’s will, such as public roads and government institutions.

The money is allocated for the public benefit under law or decree, through which the property acquires the status of public property, such as the Antiquities Law or the Maritime Public Properties Law.

The Syrian Civil Code did not include an explicit provision on the nature of the state’s right to public property. Nonetheless, the Syrian Constitution of 2012, and in the context of its discussion of regulating the ownership of natural resources, considered that natural resources, facilities, and public utilities are public property, which the state invests in and supervises for the benefit of the people.

Article-No. 8 of the Syrian constitution states that it is not permissible to use public money for political, partisan, or electoral interests. Therefore, the nature of the state’s right to public funds is the public order’s property. It follows that it prohibits dealing with the state’s public funds, and any selling or granting of public property is considered invalid.

National participation as a key to contracting

In February 2016, the Syrian government announced the “national participatory” plan as a new political economy strategy that replaced the “social market economy” model proposed in 2005.

The President of the Syrian regime, Bashar al-Assad, issued a law for the “national participatory” plan on “partnership between the public and private sectors” in January 2016. This law allowed the private sector to manage and develop government assets in all sectors of the economy except for the extractive sector(oil and minerals).

According to the decision, the public-private partnership is a contractual relationship for an agreed period between a public entity and a partner from the private sector. The private partner invests in the design, construction, implementation, maintenance, rehabilitation, development, management, or operation of a public facility or a project. The intention is to contribute to the provision of public service or any service that seeks the public interests, directly to the contracting public authority or on its behalf to the ultimate beneficiary.

Bridging the deficit or paying off the debt

On 27 March 2018, the Syrian People’s Assembly ratified a contract NO.66 between the Syrian Ministry of oil’s General Establishment for Geology and Mineral Resources and the Russian Stroytransgaz (STG) Logistic Company. The Syrian regime signed this exclusive contract with the Russian’s STG to extract and sell 2.2 million tonnes of phosphate from the Sharqiyeh mines near Palmyra for 50 years, with only a 30 percent share for the Syrian state-owned General Establishment for Geology and Mineral Resources, as well as 20 percent for the land rent, licenses, and other expenses, according to the al Jazeera Center for Studies.

This contract is an example of the Syrian regime using resources and wealth as a tool to pay off the debts of the allies by distributing them through long-term investment contracts with terms unfair to Syria. This occurred especially after it took control of the Syrian Badia and parts of Deir Ezzor in 2017. These areas contain a large percentage of the country’s underground wealth, such as gas, oil, and phosphates.

Economic analyst Manaf Quman believes that the Syrian regime has not used resources and facilities to fill the state’s budget deficit, but rather to fill the public debt it owes to Russia and Iran; the Syrian regime follows a clear strategy in bridging the deficit other than financing with deficits.

Economic analyst Khaled Tarkawi believes that the regime only has mortgages or sales of state property to Russia and Iran, which have practically seized a large part of the Syrian economy. Besides, they are asking al-Assad to foot the bill.

For his part, al-Assad only looks at the political benefit that it achieves from both Russia and Iran despite the U.S. sanctions on the regime that are supposed to affect everyone who invests in the Syrian regime’s energy sector, war, security issues, telecommunications, and technology.

Minister Abdel Hakim al-Masry considers the contracts the regime signs with its allies as adhesion contracts. The country will not benefit from them at all. For instance, the Amrit phosphate contract between the Syrian regime and Russia will benefit the Syrian regime at only 30 percent. This will negatively affect the Syrian economy because phosphate will be in Russia’s hands, and Syria will become a phosphate importer after it was an exporter a few years ago.

Besides, the investment takes place after layoffs in the facilities agreed upon, as happened in the port of Tartous. About five thousand employees were working in the port, and nearly half of them were laid off. Thus, according to al-Masry, the current investment method has negative repercussions because it will raise unemployment and increase the number of layoffs among the Syrian workforce.