One health center for 11 displacement camps, still it is threatened with closure 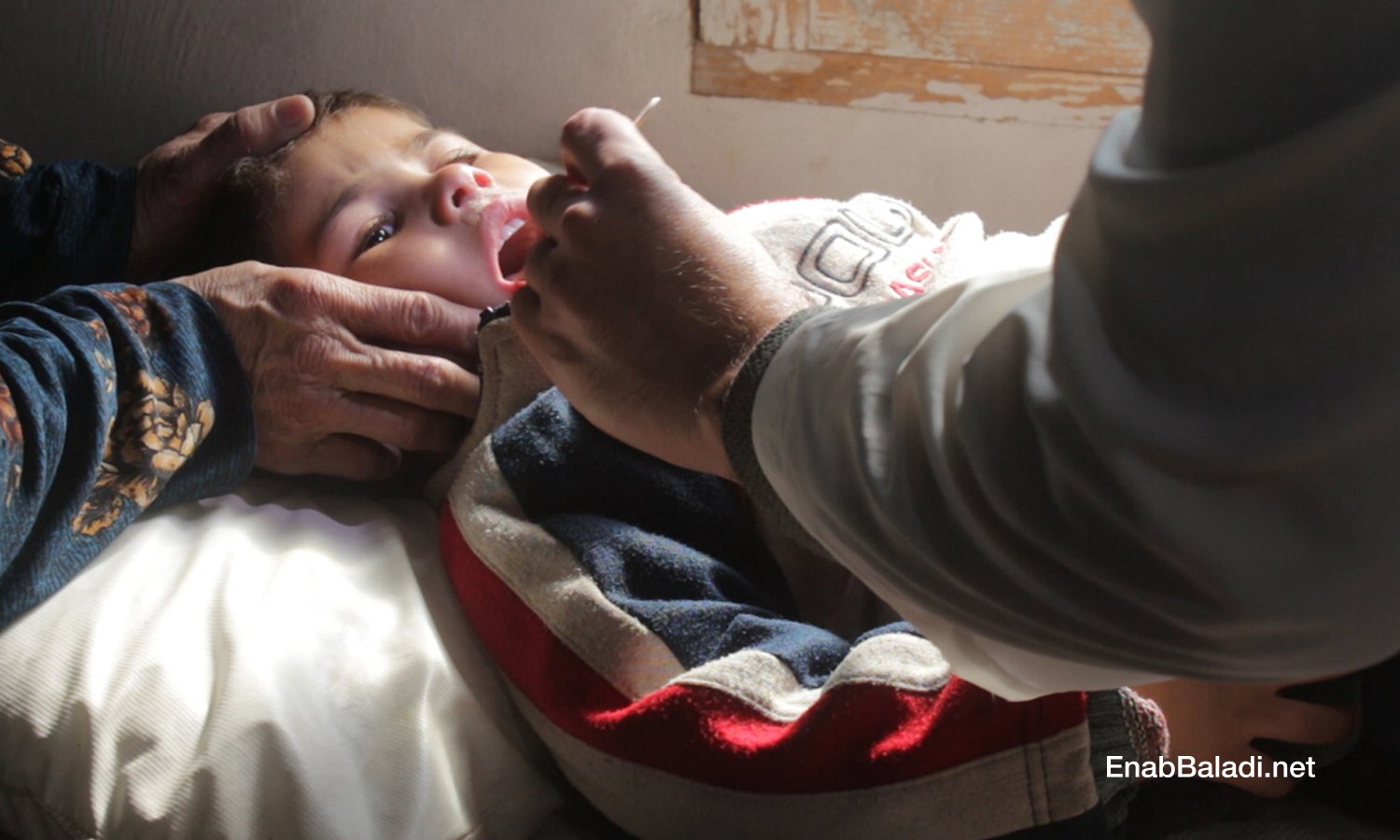 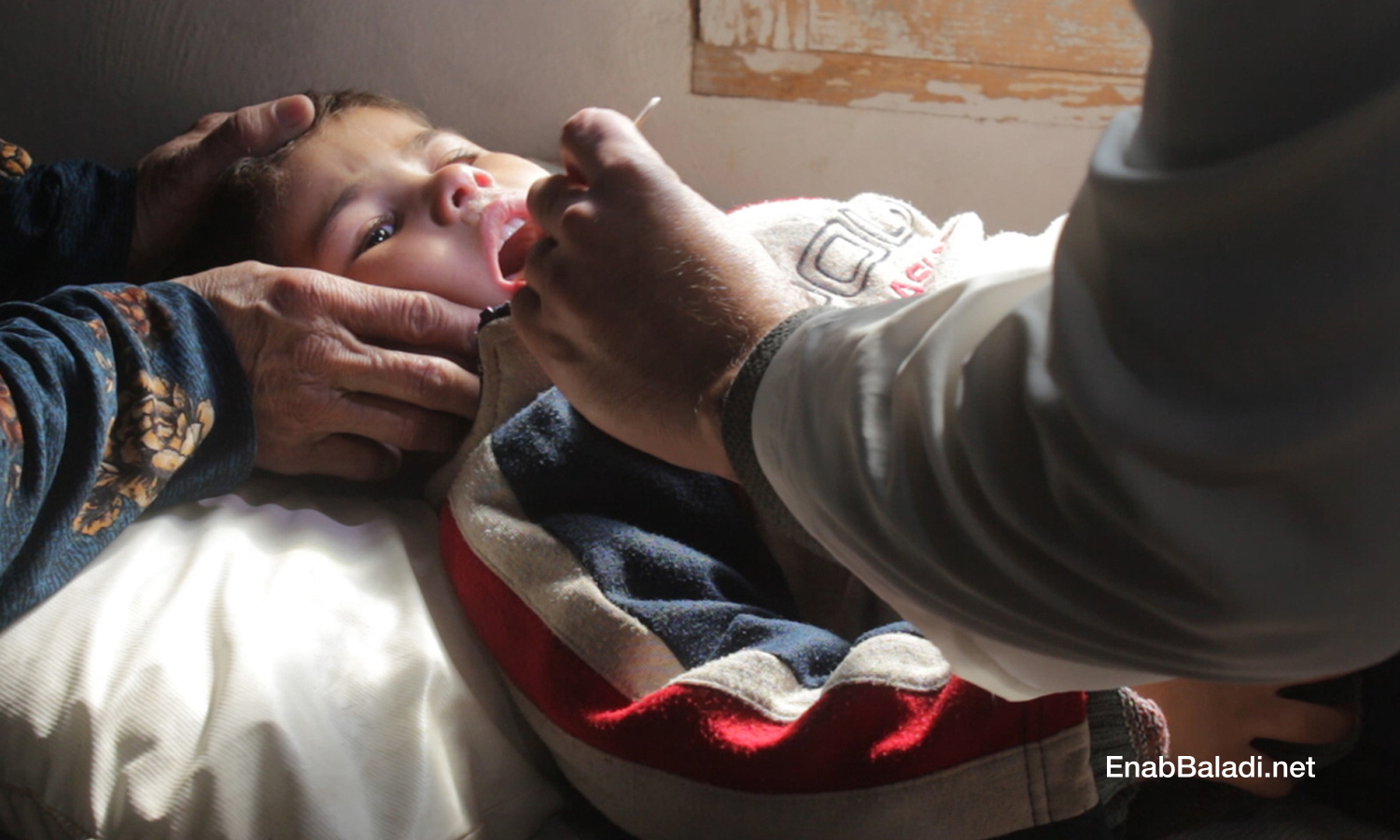 Yusra al-Rajab, 40, left the al-Fardan displacement camp’s health center, holding in one hand a doctor’s prescription and a medicine bottle, in the other her eight-year-old sick daughter’s hand.

Al-Rajab, who resides in the Widows’ Camp in Harem Mountains, told Enab Baladi that when she or one of her family members feels sick, they go to the health center of al-Fardan camp. The Widows’camp is about seven kilometers away from any other center in the city of Harim. Therefore, al-Fidan is considered the only health center in the area. Yet, when al-Rajab visits the center, she sometimes does not find doctors or prescription medications there.

Handling as much work as possible

Muhammad al-Halabi, a 50-year-old displaced person from the southern countryside of Aleppo, told Enab Baladi that there is a lack of medicines at the center. Therefore, he is forced to purchase most of the medications prescribed by his doctor from outside the center.

Established in 2013 in the village of Sharia, the health center of al-Fardan was relocated at the end of 2019, along with the residents of the western countryside of Hama, to the northern border with Turkey to serve 11 camps.

The center consists of an internal medicine clinic, an emergency department, a women’s clinic, a pediatric clinic, and an ear clinic. The center has 25 workers, including doctors, nurses, and administrative officers.

“With what we have, we are working to provide medical services,” the director of the center, Dr. Nadim Hamada, told Enab Baladi.

He pointed out that the center’s funding has been cut since August 2020. The medical staff still works every day; however, workers have been underperforming due to a lack of medical supplies, such as medicines and medical consumables, and logistical and financial aid.

When the healthcare center was funded, each of its clinics used to receive 50-60 patients daily, with a total of 225 patients on average per day. After the cessation of financial support, Hamada said, the number of patients visiting the center dropped to about 27 per day.

If the situation does not change in the center, it might be shut down soon even though it renders services to 30,000 patients.

Not the only center

Hama’s health directorate itself has lacked support since July 2019 and has no plans to support its health centers except by marketing them to organizations interested in supporting the health sector.

“We have contacted numerous organizations, and we have provided draft projects of all health facilities whose support has been suspended. Until now, we have received nothing but promises and studies that are made from time to time,” Maayouf said.

The directorate does not set any complicated conditions for contracting with donors and relief organizations. He added that the centers still have their medical equipment, and the medical cadres have not stopped working, Maayouf stressed. Yet, aid is much needed for providing staff with salaries and for the operational cost of the health facilities.

According to the latest reports of the United Nations Office for the Coordination of Humanitarian Affairs (OCHA) issued on 26 January, the priority during the year 2021 is still given to fight the spread of the novel coronavirus (COVID-19). Nearly 21,000 novel coronavirus patients are registered in the region seven months after recording the first infection case. Dr. Maayouf noted that maintaining basic health services is essential, given the health system’s fragility in northwestern Syria.