No justice for abused women in northern Syria 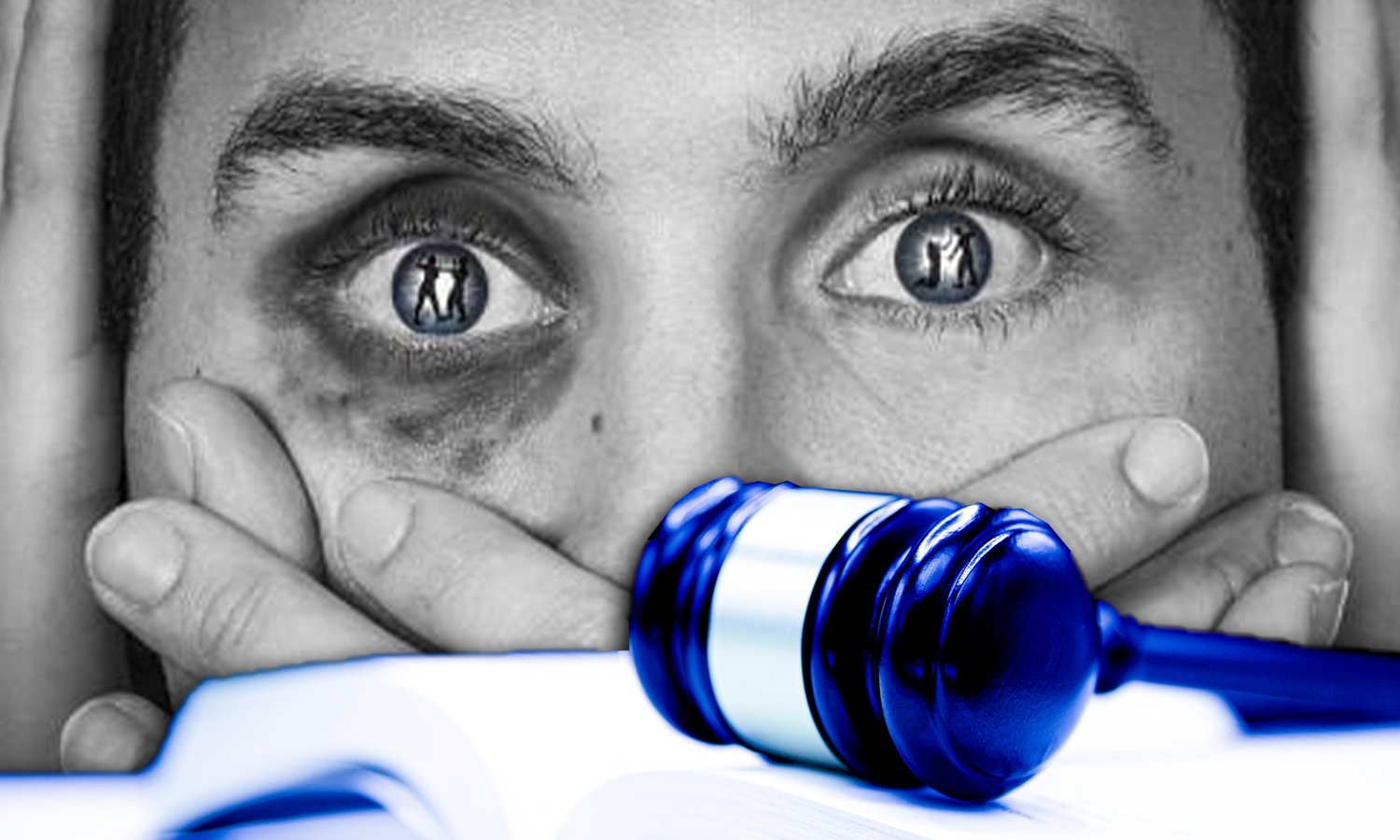 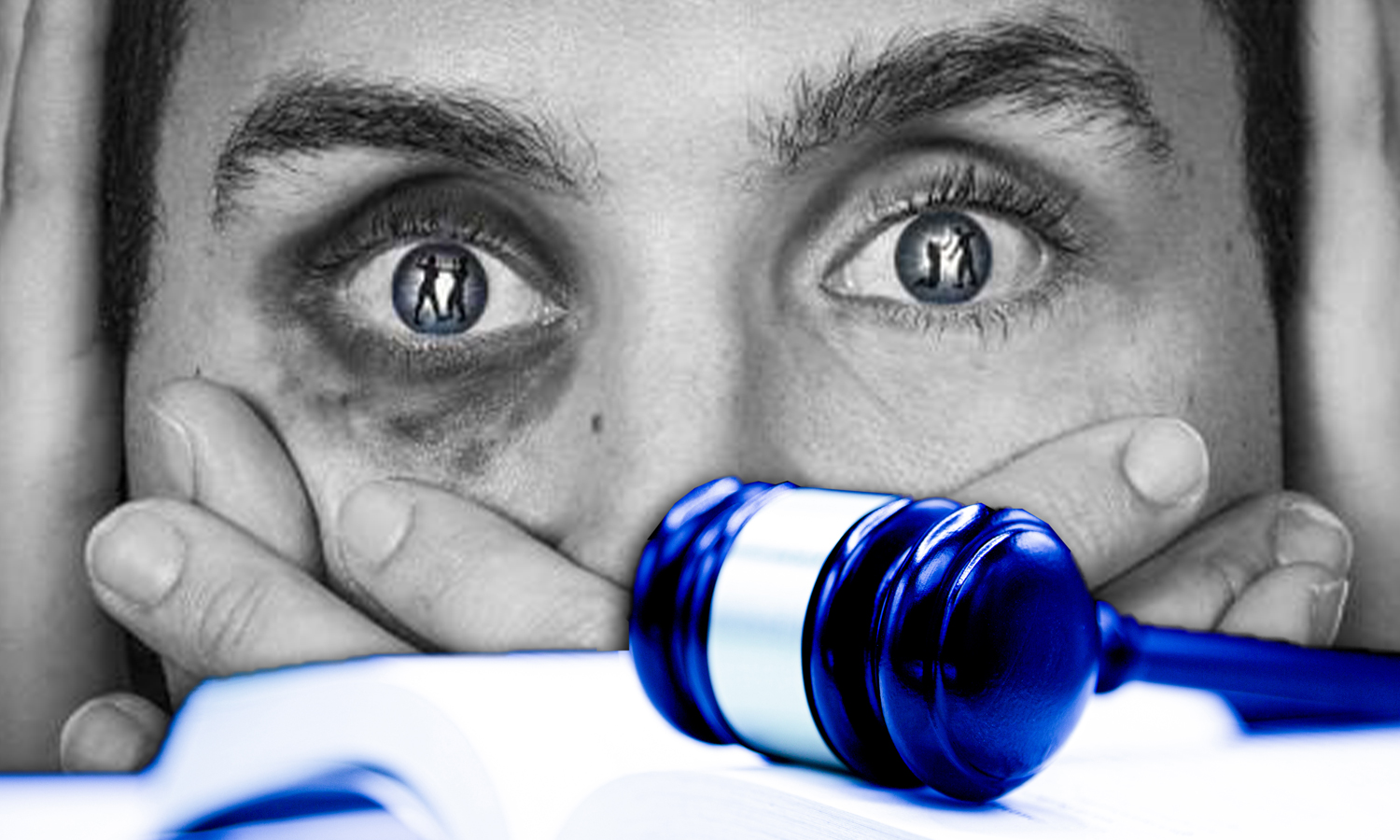 “My husband used to abuse our child and hurt her to upset me, so I took her to my family’s house and filed for divorce. My family refused to allow me to keep my daughter, saying that I am young and still have chances of getting married again. The day my family gave my daughter to her father was the last day I have seen her.”

From Jabal al-Zawiya in northern Idlib, Dima preferred to go by a pseudonym to avoid social stigma and summarised the violence her husband subjected her to as they lived in Zayzoun town in Hama governorate.

Thirty-year-old Dima recounted to Enab Baladi how her husband used to beat her and deny her access to food. He was one of the Syrian regime’s supporters, known locally as the “shabiha” at the beginning of the Syrian revolution in March 2011.

He brought soldiers from the regime’s army to their house and forced her to cook for them and serve them food. Dima, however, refused to adhere to her husband’s requests of welcoming and serving shabiha due to her and her family’s support of the revolution, as they are originally from the Jabal al-Zawiya area, which is under the control of the opposition factions.

The World Health Organization (WHO) defines violence as the intentional use of physical force or power, threatened or actual, against oneself, another person, or against a group or community, that either results in or has a high likelihood of resulting in injury, death, psychological harm, maldevelopment or deprivation.

When all forms of violence come together in one story

After giving birth to her daughter, Dima’s husband started abusing her child to coerce her into fulfilling his demands. Dima reached to her family in Jabal al-Zawiya and planned an escape because she could no longer bear hearing what the community was saying about the entrance of the regime’s soldiers to her house. Her family embraced her, but they refused to take care of her daughter, claiming that she was a threat to her chances of a second marriage. Eventually, Dima lost her child after divorcing her husband, who took the child to the governorate of Hama.

Over five years, Dima worked on developing herself, finished her education, and graduated from the Mathematics Department of the Teachers Training Institute of Idlib University, in the al-Bara village. Subsequently, she was appointed as a teacher in one of the villages’ schools.

During her work, a man proposed to Dima, but she rejected him. Her refusal came after she knew that he was married to two women and planning to make her the third. Nevertheless, Dima’s parents and uncles pressured her to accept the man’s proposal and forced her to marry him.

“I yielded to society’s pressures and married this man. I thought this move would put an end to my father’s tight grip on me. He did not allow me to teach male students unless they were at the primary school level. He also controlled the times I left and returned home,” she said.

Dima became pregnant with triplets from the man she was forced to marry.

She added that after she became pregnant, her husband tried to take back the dowry he gave her before marriage, including golden jewelry and a land plot. He started pressuring her and hitting her while she was in the last months of her pregnancy after she refused to give him what he wanted.

“I sought my family’s protection when the beating increased, but they did not provide any. On the contrary, my father and uncles hit me hysterically, until my face and body became covered in bruises, and I became unable to move,” Dima said. She mentioned that her physical and psychological vulnerability during her pregnancy was behind her return to her husband.”

Dima’s husband’s abuse did not stop, and he hit her again on her belly, causing her a premature delivery. Dima gave birth to triplets, two of them were stillborn, and one baby girl survived her father’s violence. Unfortunately, Dima could not enjoy the tender moments of motherhood with her baby, as her husband took the baby out of the hospital and denied her the right to see her.

Most domestic violence cases go through three phases, Dr. Karim Maamoun wrote in an article published by Enab Baladi. The first phase is the tension-building phase, characterized by miscommunication and fear of a bursting relationship between the two partners. In this phase, the person experiencing abuse tries to avoid stirring up the abusive partner. This phase may last up to several months.

The second phase is the explosive one, in which the abusive individual assaults the second partner. In this phase, the abused partner becomes subject to a series of violent and abusive incidents, physical, psychological and sexual, in addition to deprivation.

The third and last phase occurs when the abuser is overwhelmed with remorse and starts apologizing and wooing his abused partner. This type of behavior does not apply to all violence cases.

Domestic violence is one of the most unreported crimes by women or men worldwide. Many people think that domestic abuse is acceptable and justified and falls under the concept of “family problems,” according to Dr. Maamoun.

How can justice be achieved for women victims of violence?

Dima tried to get help from the concerned authorities in the Jabal al-Zawiya area, which is under the control of the Syrian Salvation Government (SSG). She told Enab Baladi, “I filed a complaint to the court, and at the court hearing, the judge ordered me to remain silent and did not ask me any question for in his view I broke the code of obedience to my husband. The judge referred my case to Kafr Nabl, a conflict zone whose court was closed at that time. I hired a lawyer, but he could not do anything,” Dima said.

The head of Saraqib Lawyers Assembly, Mahmoud al-Fadel, said to Enab Baladi that the right to file a lawsuit by an abused individual is an undisputed matter in the courts of the authorities in northern Syria, be it the Syrian Salvation Government (SSG) or the Syrian Interim Government (SIG). The two authorities adopt the same legal procedures, where a lawsuit is filed to the Public Prosecutor’s Office, which is supposed to conduct an investigation, after which the case gets referred to the competent court.

The head of the Aleppo branch of the Free Lawyers Association (FLA), Hassan al-Mousa, told Enab Baladi that those affected by any act of violence in different areas of control in northern Syria could resort to the courts in their region, regardless of the laws applied by these areas’ courts. Victims of criminal violent acts might have to address more than one court if the perpetrator moved between more than one region as courts of northern Syria lack coordination.

The applied laws in the SIG’s regions are different from those in the SSG’s areas. The SIG’s courts consider violent acts as abuse crimes that take the form of physical, psychological, or sexual abuse. The Syrian law punishes violent acts under the terms of abuse and assault and stipulates penalties on perpetrators convicted of such acts, al-Mousa said.

Victims of any kind of violence should head to the nearest police station if the time of the assault did not exceed 24 hours or to the Public Prosecutor’s Office to file a lawsuit by themselves or through a legal agent (Lawyer).

The limited effect of organizations’ contribution to women empowerment

Nadine Abidine, an activist in civil society and women’s empowerment issues in Idlib, pointed out that there are organizations holding workshops to educate and raise women’s awareness about their right to submit complaints to the competent authorities in the event of physical or sexual violence.

Abidine told Enab Baladi that these workshops are not enough because northern Syria lacks housing centers or shelters for women to resort to when exposed to violence from a family member.

Any woman subject to domestic violence will not file a complaint unless she learns that there is a place to shelter her if her family members rejected her after filing the complaint, Abidine said. Psychosocial support centers that receive and take care of abused women are limited, and their services do not meet the required quality standards.

Besides, domestic violence female victims fear their families’ reactions after filing a complaint against another family member. Their fear cripples them from disclosing abuse incidents or sharing them with others.

The displacement from one region to another in northern Syria increased the abused women’s fear of turning to any competent authority to seek psychological support or a court ruling. In most cases, displaced women do not have male providers or breadwinners in areas considered unfamiliar to them. They are also ignorant of the mechanism of applying complaints, Abidine said.

Organizations and associations focusing on women empowerment in northern Syria educate women on how to file a complaint to judicial authorities through awareness-raising workshops. They educate them on what courts they can turn to in different cases, such as divorce proceedings, complaints, and others.

Organizations operating in northern Syria are also working on a hotline service, which women can use when exposed to any form of domestic violence, as the line connects them to the nearest police station in their areas.

Social researcher Mohammed Saloum thinks that displacement and unemployment in northern Syria are the two main reasons for the increase in domestic violence.

Abusive individuals are usually distraught people living in a state of chaos. They are sometimes aided by certain customs and traditions to carry out violent acts against their family members. According to Saloum, the “chaotic” legal situation in northern Syria is a possible main reason leading to violence and abusive acts.

The “disastrous” situation in Syria, where poverty and violence prevail, is a primary cause for individuals to try to restore their authority through assaulting others.

According to the WHO, domestic violence cases are occurring worldwide, with one in three women abused and mistreated at least once in her life by someone close to her.