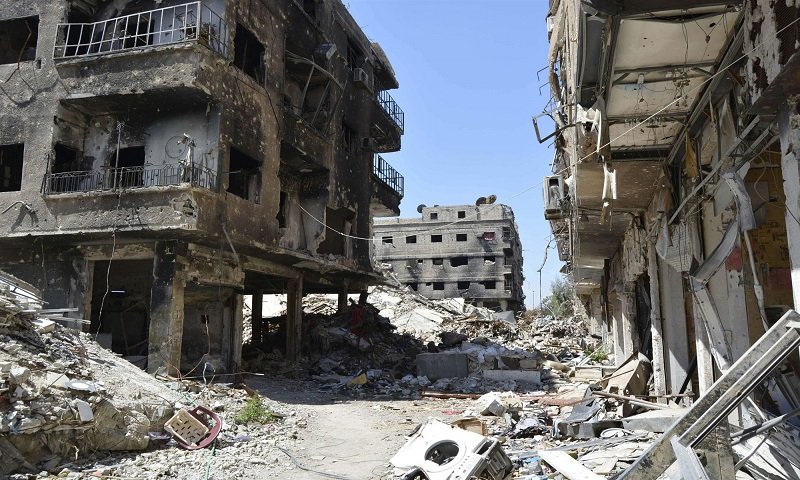 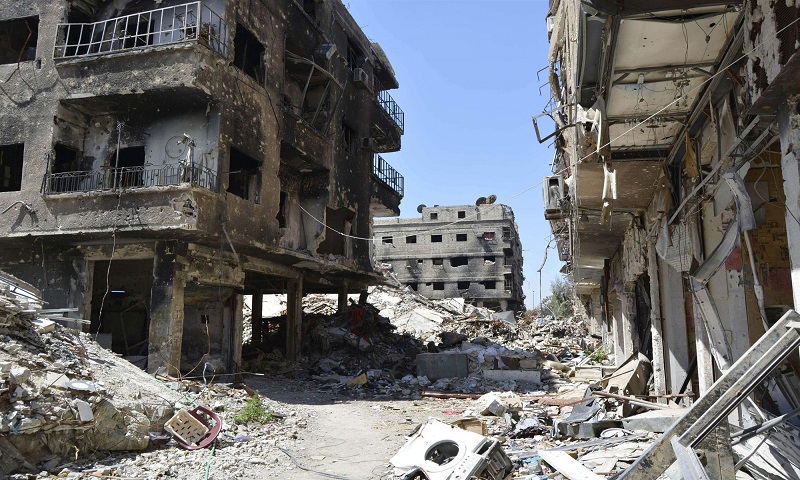 An official delegation of the United Nations Relief and Works Agency for Palestine Refugees in the Near East (UNRWA) has visited the Yarmouk camp for Palestinian refugees, south of Damascus.

The delegation’s inspection visit covered the UNRWA’s facilities in the camp pending their restoration, days after the end of looting operations that targeted the camp’s former residents’ properties, the Action Group for the Palestinians of Syria (AGPS) reported on 27 January.

The AGPS cited Palestinian legal activists saying that the UNRWA assigned an aid budget to fund the rehabilitation of its premises in the camp, which had been preceded by the establishment of tenders’ requirements.

The delegation’s visit followed appeals by Palestinian legal activists to UNRWA to assume its responsibilities towards the Yarmouk camp and reconstruct its facilities there (schools, clinics, etc.) after the looting of residents’ properties ceased in the camp, the AGPS reported on 23 January.

The activists also called on the Syrian regime’s government and Palestinian factions to remove the rubble of destroyed buildings from the streets and neighborhoods of the camp and to take serious steps to speed up the former residents’ return process to their houses to alleviate their suffering.

The activists saw the end of looting operations and the departure of those responsible for them from the camp as a good opportunity to join the efforts of all concerned parties from official and civil Palestinian bodies, the UNRWA, the General Authority for Palestinian Arab Refugees (GAPAR), and humanitarian and human rights organizations to rehabilitate the camp’s infrastructure and facilitate the return of its displaced residents, as in other areas.

On 7 December 2020, The United Nations (UN) Resident Coordinator and Humanitarian Coordinator for Syria, Imran Riza, accompanied by a delegation from the UN Office for the Coordination of Humanitarian Affairs (OCHA) and the Food and Agriculture Organization (FAO), along with the member of the Executive Office of Damascus governorate Samir Jazairli, conducted a visit to inspect the Yarmouk camp’s conditions.

The visit was designated to assess the UNRWA premises’ conditions, as some of the camp’s residents started returning to their houses, the AGPS said.

The delegation members focused their attention on the conditions of UNRWA schools in the camp, whose rehabilitation became an urgent demand for the residents wishing to return to their houses.

Riza confirmed that necessary support for the camp’s schools’ rehabilitation works would be provided as soon as possible to allow students to resume their classes and continue their education.

He also expressed his happiness at the camp people’s great interest in educating their children, which is reflected in their persistent demands to put schools back in service soon.

On 16 September 2020, another delegation from the UNRWA visited the Yarmouk camp to check on the UNRWA’s premises and assess the damage caused by the bombing and clashes that took place in the camp in 2015, according to the AGPS.

The AGPS mentioned that the Syrian regime’s government informed the UNRWA of its consent on restoring the agency’s facilities and schools in the camp.

Severe damages in the Yarmouk camp

The UNRWA published a report on 1 December 2018, in which it announced that most of its facilities in Syria were partially or entirely destroyed.

The report stated that 23 facilities, of which 16 schools in the Yarmouk camp, need major repairs, while 75 percent of these buildings need to be rebuilt completely. The report also mentioned that the three UNRWA health care centers in the camp are completely destroyed.

The UNRWA’s spokesman, Chris Gaines, said after visiting the camp, “Today, the Yarmouk camp is in ruins, all the houses there are destroyed, even the public health system, electricity, and basic services have been greatly damaged.”