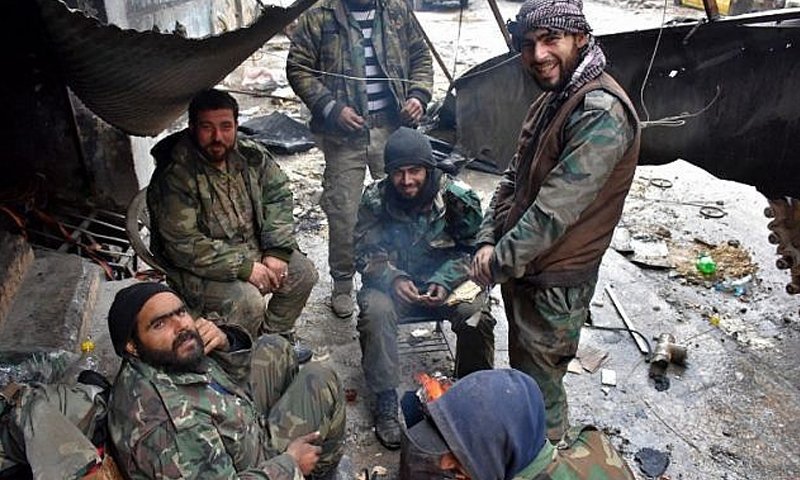 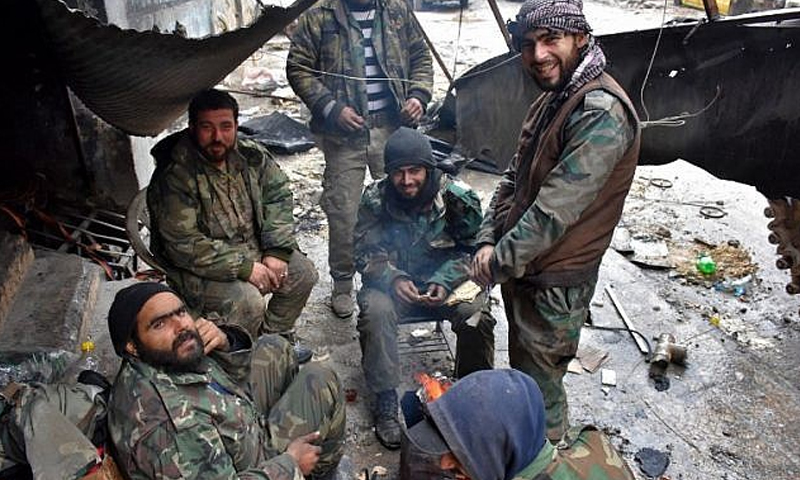 Nizar, a resident of Aleppo city, who requested that his last name be withheld for security reasons, paid 650,000 Syrian pounds (SYP-305 USD, according to SYP’s exchange rate against USD in August 2020) to drive through Aleppo countryside.

He paid the fee to the members of the Syrian regime’s 4th Division stationed at a security checkpoint near the industrial city in order to allow his vehicle—loaded with pastry and bakery machines from Afrin— to pass towards the neighborhood of Maysar in the city of Aleppo.

On the way, he came across other 4th Division linked-checkpoints, which also asked him for money.

When Nizar tried to cross the al-Nayrab Bridge, he was stopped by some members of the 4th Division on Ramouse Road, which is connected to the al-Nayrab Military Airport and Aleppo International Airport; he had to pay them 500,00 SYP.

“They did not care that I paid the 4th Division checkpoint at the entrance of the industrial city. I did my best to pay them less than what they asked for because I had used machines, but they did not accept. After arguing for a while, they asked me to go back to the previous point. They said that they would not let me pass if I did not pay them the entire amount of required money.”

Civilians interviewed by Enab Baladi described crossing the 4th Division checkpoints as a “nightmare.” They face several challenges when going through military checkpoints placed at the roads between rural areas, inside the city, and at the provinces’ entrances to transfer their goods. They fear being arrested, insulted, or subjected to continued material losses.

Fees separate Aleppo from its countryside

Civilians are not allowed to enter the city of Aleppo before paying fees for the 4th Division checkpoints deployed on the four roads of Aleppo countryside. Each person has to pay a fee of 6,000 SYP (1.8 USD) even if he does not transport any goods in his vehicle.

A passenger bus driver on the line from Deir Hafer to Aleppo city spoke with Enab Baladi on the condition of anonymity for security reasons. He said that the 4th Division checkpoints, which are permanently stationed at Aleppo International Airport’s roundabouts, impose a fee of 6,000 on each passenger. If fees are not paid, passengers will not be allowed to pass.

“No one would dare to refuse to pay the 4th Division members fees. By paying them money, we are maintaining our dignity. We do not want to be insulted or offended.”

If people do not have money to pay the fees for the 4th Division checkpoints, the members confiscate their goods.

Once there was a line of vehicles near the town of Maskanah, and one of the farmers was not able to pay the fees. The 4th Division members confiscated two of his sheep. Even though the farmer was angry, he did not protest. He did not have the right to object.

“Frankly, I was scared that they might take the rest of my sheep from the truck, or that they would detain me, which happened to some farmers in the villages of Rasm al-Abed, Sheik Ahmad, al-Qutbiyah, and others, the farmer, who refused to be named for security reasons,” told Enab Baladi.

The farmer added that he tries to avoid passing through the checkpoints of the 4th Division, but “there is no escape. If I do not have money or sheep, they will take the milk and yogurt. Actually, they can take what they want by force because they are controlling the roads. We can do nothing about that, unfortunately. If you have nothing to offer them, they will arrest you or will not give you the permission to pass.”

The checkpoints of the 4th Division that surround the city of Manbij in the eastern countryside of Aleppo controlled by the Syrian Democratic Forces (SDF) have a different system for fuel tank trucks. They demand two fuel tanks every week from the fuel tank truck drivers going through the Syrian regime-linked areas. Then, they permit them to drive to the Kurdish-led Autonomous Administration-controlled area of al-Shahba, including the towns of Tell Rifaat, Tell Qarah, Ahras, and other villages and neighborhoods within the city of Aleppo.

Speaking on the condition of anonymity for security reasons, a member of the 4th Division told Enab Baladi that the checkpoint forces fuel tank truck drivers leaving the village of Arima to take the eastern countryside road that passes from Maskanah, Deir Hafer, and Kuweires Military Airport to the Aleppo airport road upon giving them two fuel tanks every week.

He added that the drivers unload the fuel tank trucks at one of the division’s military sites in the west of the village of Arima.

“The fuel tank truck drivers cannot refuse to pay us the fees because they fear that we might block the roads and prevent them from passing through.”

No escape from customs duties

There are also checkpoints of the 4th Division situated at the entrances to Aleppo’s markets. The 4th Division members impose additional fees on goods which customs duties have been previously paid upon taking them out of the market.

Salem, who refused to mention his full name for security considerations, told Enab Baladi that when he was leaving the al-Abara market near the old neighborhood of al-Manshieh last January, he was stopped by some members of the 4th Division to find out what he had.

“After I argued with them for almost an hour, I paid them 250,000 SYP (86 USD according to the SPY’s exchange rate against the USD at the time). Finally, they let me leave the market after mistreating and insulting me.”

The customs duties imposed by the 4th Division checkpoints have become a constant source of concern for civilians when going to the market. Salem stressed to Enab Baladi that it is impossible to move beyond these barriers or avoid them.

“We can do nothing about this problem. The entry and exit points of the markets are in the hands of the 4th Division, which imposes fees on everything.”

The widespread 4th Division-linked checkpoints and their extortion practices to obtain expensive fees drove the sellers and merchants to raise the prices of products imported and transported through those checkpoints.

Consequently, civilians face difficulties in purchasing their products due to their high prices, mainly because the local currency has declined sharply since the beginning of this year- 3,350 SYP against the US dollar since mid-February.

A member of the 4th Division, who spoke on the condition of anonymity for security considerations, said the members of each checkpoint affiliated to the 4th Division obtain more than 13 million SYP daily (3,880 USD).

He added to Enab Baladi that all types of goods are charged fees. “If customs charges are not paid, the vehicle will be prevented from passing and will be asked to return through the same road from which it came. Here, the vehicle would be forced to pass through one of the 4th Division roadblocks on the road. Thus, they would have to pay them again in order to pass through. As a result, customs payments have become a vicious circle.”