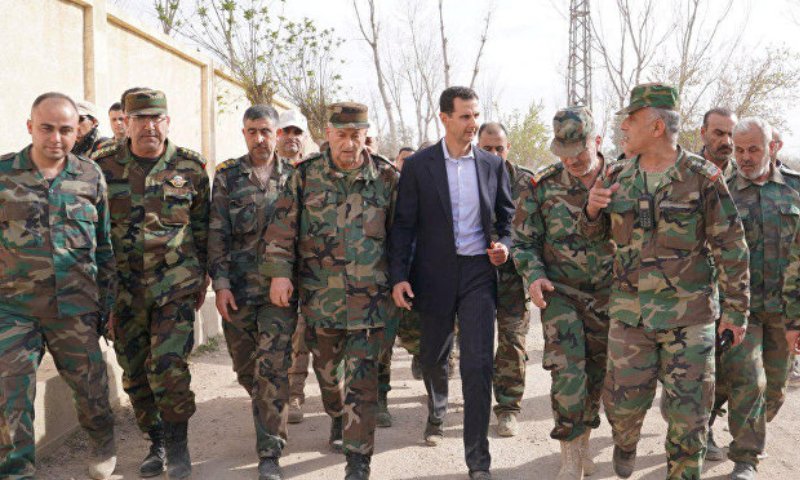 The head of the Syrian regime, Bashar al-Assad, visiting the regime's forces in the countryside of Damascus - 18 March 2018 (SANA) 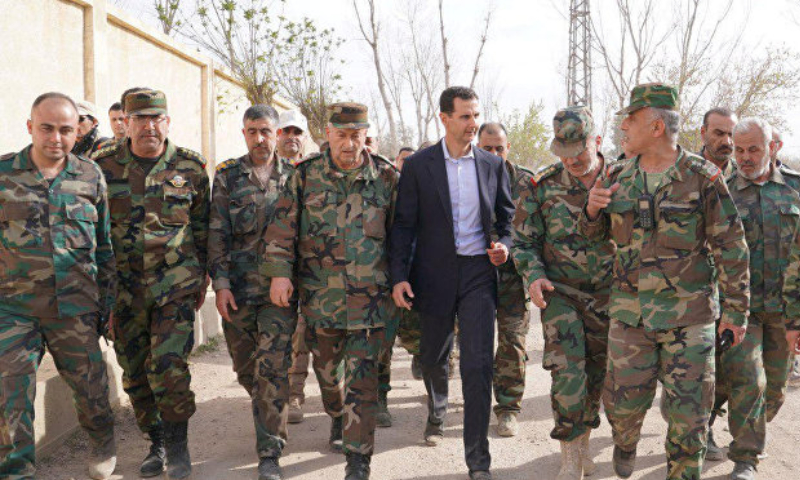 Statements by Brigadier General Elias Bitar, the head of the Exemptions and Reserves Branch in the Syrian regime’s army, have sparked controversy about the possibility of seizing the monetary assets and property of military service evaders’ relatives for not paying the exemption fees after reaching the age of 42.

A legal expert in Damascus spoke to Enab Baladi on the condition of anonymity for security reasons. He said there is no legal provision authorizing the seizure of draft evaders’ relatives’ assets.

He explained that only military service evaders who failed to pay exemption fees might have their assets seized under Law No. 39 of 2019.

No seizure or public sale proceedings could be carried out without an in force legal provision. Accordingly, Bitar’s statements are nothing but mere threats to collect money from Syrian people, the legal expert said.

Even if the Syrian Defence Ministry carried out its threats and decided to sell the seized movable and immovable assets of the immediate relatives of those who avoided joining the Syrian regime’s army, it will face lots of difficulties, and the selling process might take years to implement, he added. 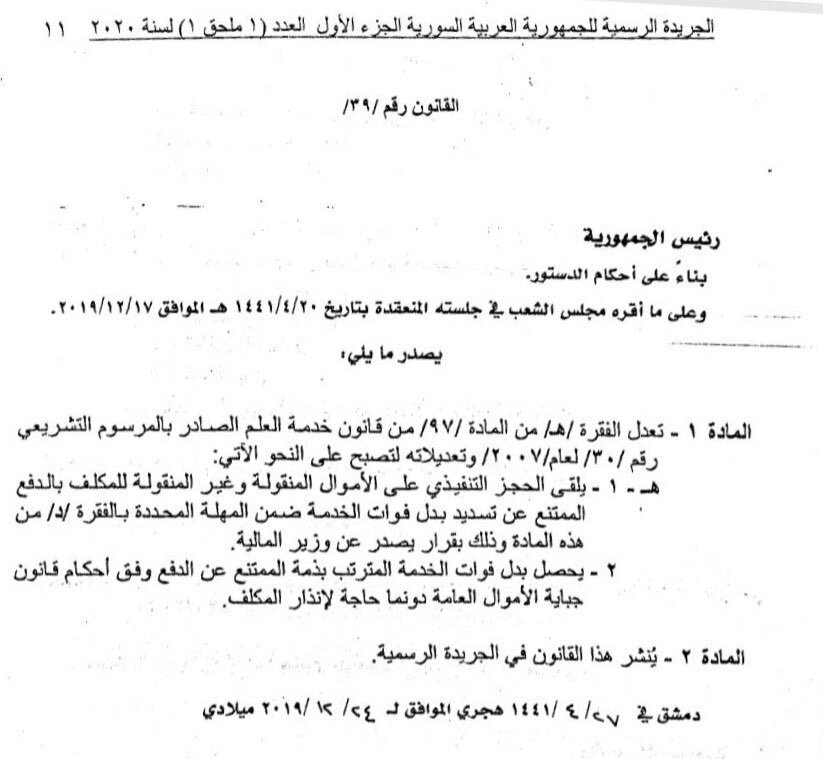 On 2 February, Syria’s Ministry of Information posted a video in which Bitar said that citizens over 42 years of age who did not serve in the military would only be exempted if they pay the exemption fee; otherwise, they would be subject to immediate seizure of theirs or their relatives’ assets.

Bitar’s controversial statements caused an uproar among Syrian people, especially that the law posted on the website of the regime’s army’s General Directorate of Conscription does not include such a penalty.

The Syrian law stipulates a financial penalty on draft evaders who failed to pay their exemption fees within a period of three months after the age of 42. The penalty says:

The state-run Syrian Arab News Agency (SANA) reported on 17 December 2019 that the People’s Assembly of Syria approved amendments to the Military Service Law regarding the exemption fees of those over 42 years who did not join the military service, sparking controversy.

According to the Syrian Public Funds Collection Law, the monetary assets of draft deserters’ immediate relatives shall be placed under precautionary seizure, pending the determination of the funds’ source in case the person in question did not have enough money to pay.