How do the people of north-eastern Syria evaluate Autonomous Administration since its establishment? 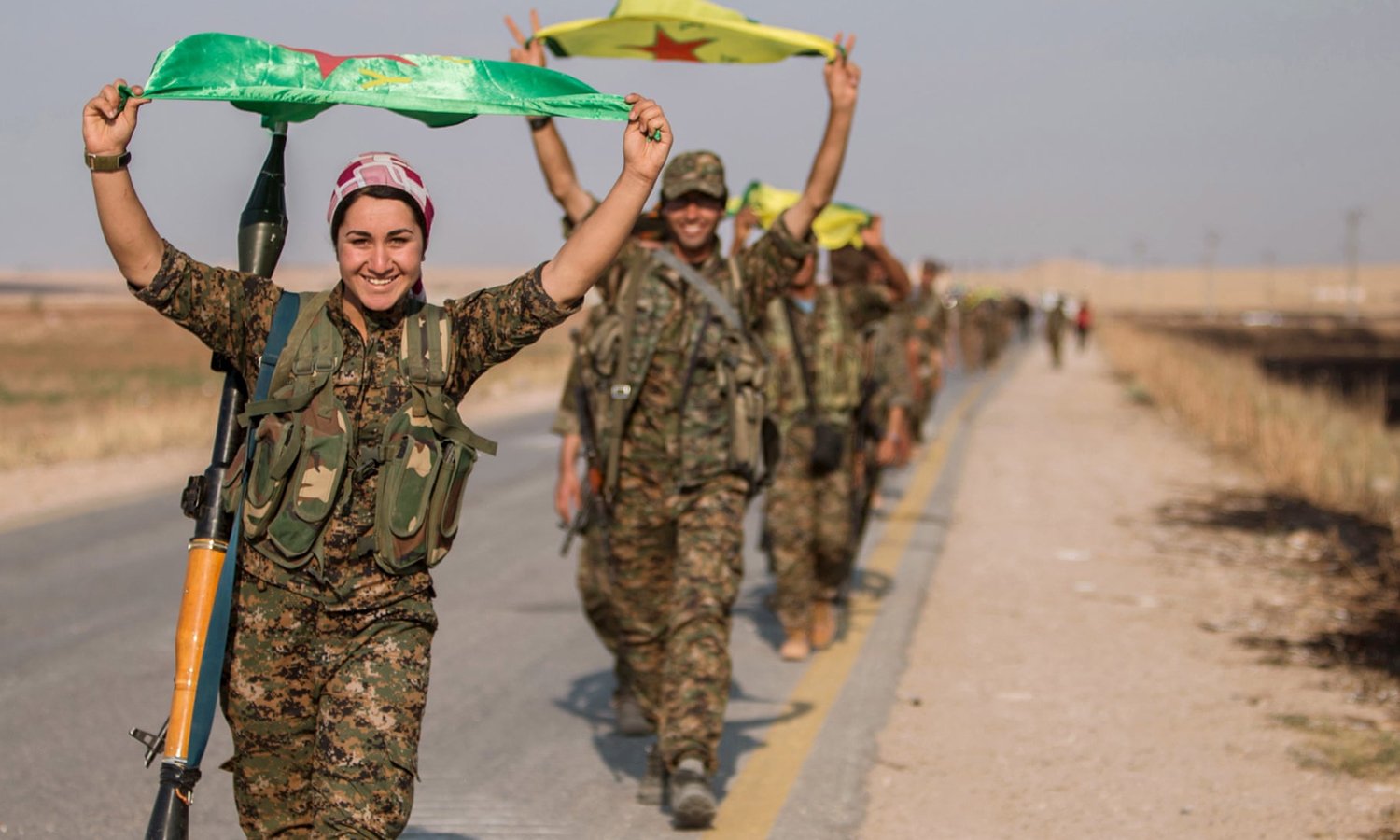 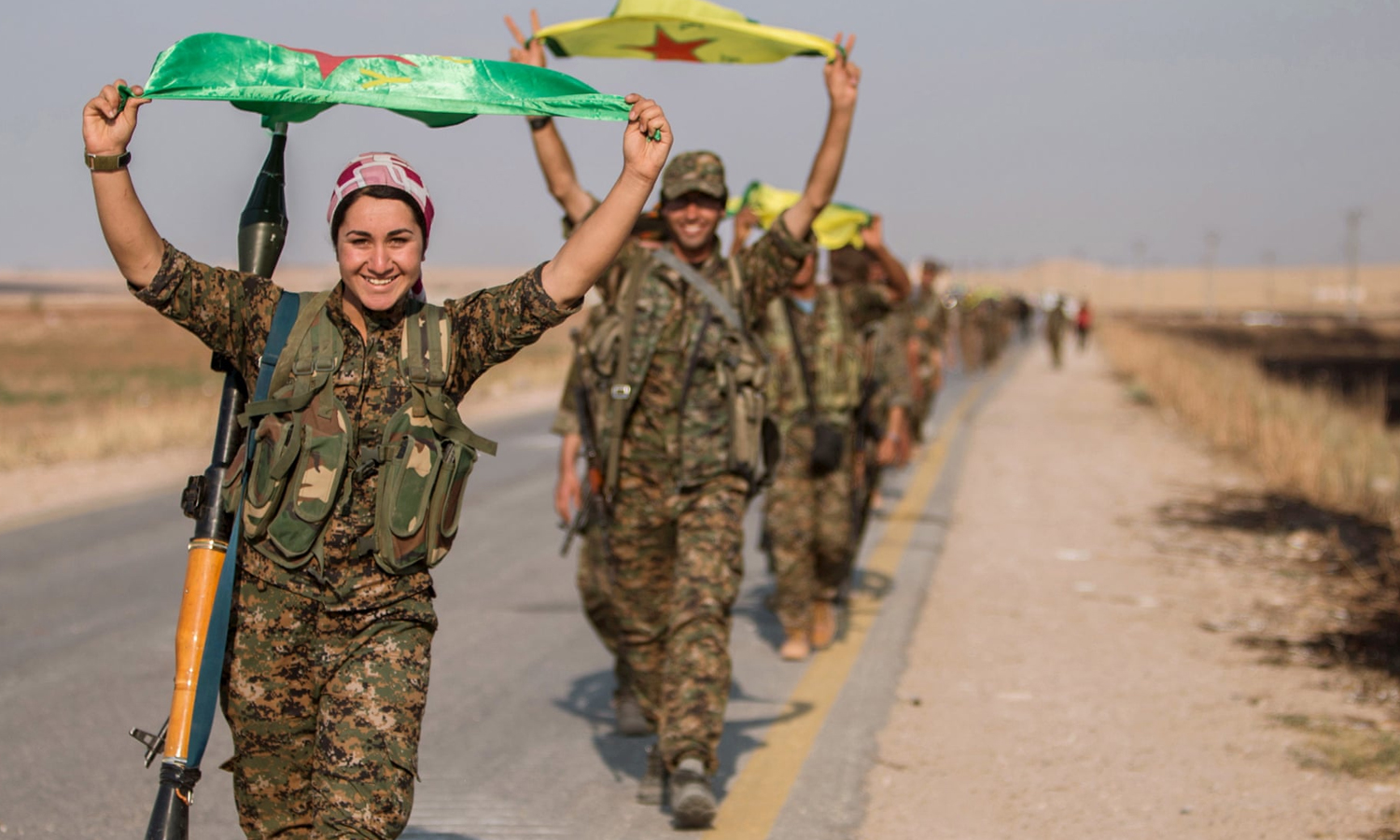 On the seventh anniversary of the establishment of the Kurdish-led Autonomous Administration of North and East Syria (NES), Abu Muhammad, a forty-year-old resident of Raqqa, could only describe the NES and its institution as “the best of the worst.”

Abu Muhammad, who spoke with Enab Baladi on condition of anonymity, said, “Yes, the NES is the best of the worst that we have known since the Syrian revolution has erupted, which revealed the true ugly face of the Syrian regime. The revolution also revealed that all the opposition factions failed to rule their areas of control.”

Enab Baladi met with seven people who shared their opinions on the role the NES plays in governing north-eastern Syria and its impact on people’s life. They considered the NES in comparison to the rest of the Syrian regions under the rule of the Syrian regime and opposition factions.

The seventh anniversary of NES’s establishment

Several opposition factions succeeded in governing the region.  Raqqa was the first to break out of the control of the Syrian regime, in March of 2013.

“None of the opposition factions” could be a real alternative to the Syrian regime’s institutions, noted Abu Muhammad in reference to the al-Nusra Front and the so-called Islamic State (IS). The latter had declared Raqqa the capital of its “caliphate” before the SDF took control.

The SDF took over Raqqa on 17 October 2017, after 166 days of fighting against IS forces, with the support of the US-led Global Coalition to Defeat IS. The coalition was providing air cover and logistical support to the fighting forces on the ground.

After the SDF ousted the IS from the area, the establishment of the NES was proclaimed. The SDC stated that it aimed to “form an administrative structure that coordinates services between the regions, and fills the administrative and security vacuum.”

The NES structure includes an executive board that supervises the work of “democratic civil administrations.” These administrations consist of general and legislative councils in the areas controlled by the SDF. Meanwhile, the city councils are regarded as governments that manage local affairs.

The Raqqa Civil Council manages the affairs of the governorate, east of the Euphrates River. The council was established on 18 April 2017, in the town of Ain Issa, in the northern countryside of Raqqa. However, it was transferred to the city of Raqqa after the SDF took control of it in the same year.

Forty percent of Raqqa’s 151,000 homes are completely decimated, while the rest of the buildings are partially destroyed as a result of the battles launched by the SDF against the IS in the battle for Raqqa.

There has been notable growth in almost all sectors of life in the city.

Abu Muhammad believes that even though the NES and the SDF were involved in the devastation and destruction of Raqqa during its “liberation,” its civic and service institutions were able to “restore the shape of life and civilization to Raqqa somewhat,” unlike the areas controlled by the Syrian regime.

The Syrian regime-held areas are still going through “hell” because of the Syrian regime and Iranian militias’ control over the population, inhibiting the restoration of normal life.

Muslat al-Nayef, a resident from the eastern countryside of Deir Ezzor, said that the SDF has not taken “real” control over the land because of the activities of sleeper cells affiliated with the Syrian regime, as well as the IS group. Meanwhile, the residents continue to pay the price for continued violence.

Al-Nayef told Enab Baladi that Deir Ezzor is permanently marginalized by the SDF and NES. This is because the administration is handed over to strangers. The health and services sectors are neglected as well.

The thirty-year-old young man, al-Nayef, said that the residents of Deir Ezzor are not to blame for not accepting the de facto authority imposed on them after eliminating the IS group because they suffer marginalization.

The last direct battles between the SDF and the IS group took place on 23 March 2019, when the Kurdish-led forces announced the end of the “caliphate” after they took control of the town of al-Baghouz in the eastern countryside of Deir Ezzor.

However, the SDF’s control over Deir Ezzor was not sufficient to stop assassinations, which are still being carried out by the IS sleeper cells. These attacks target civilian employees in the NES-linked sectors and institutions, as well as some SDF leaders.

On 31 October 2020, the commander of the SDF-affiliated Deir Ezzor Military Council, Ahmed al-Khabil, known as “Abu Khawla,” survived an assassination attempt during an explosion targeting his vehicle in the Nashwa neighborhood in the city of al-Hasakeh.

On 29 November 2020, Khaled Khalif, an official at the Deir Ezzor Civil Council’s oil authority, and his brother survived an assassination attempt conducted by “unidentified gunmen.”

In August of the same year, Shaban al-Maat, the commander of the al-Bukamal Regiment of the SDF, was also a target of an assassination by unidentified persons, but he did not survive.

Al-Hasakeh outside the Syrian swamp

Musa Zino, a 40-year-old resident from the village of Tannuriyah in the eastern countryside of the city of Qamishli, believes that the NES and SDF saved the Jazira region from the devastation suffered by most Syrian cities after 2011.

Zino pointed out that the NES did not just allow the Kurds to manage the region, but that “today, we partner with the Arabs and Arab tribes. We are not only ruling the region, but we are also fighting terrorism together.”

Zino said that Arabs and Kurds live in “coexistence,” with limited tension, which was commonplace during the Syrian regime’s rule of the region.

Zino does not think that the NES privileges  Kurdish identity, as its critics alleged–the critics say that the NES imposes its Kurdish educational curriculum on Arabs and the NES also expels Arabs from their villages. He said that those commentators “are outside the borders and are not familiar with the reality.”

For its part, the NES described itself as a “path towards a pluralistic, democratic Syria,” blaming the “oppressive” policies of the Baath party and the Syrian regime for sparking the revolution in 2011.

This came in a statement published on the official media outlets of the NES on the occasion of the seventh anniversary of its establishment in the Jazira region. The statement said that the NES was a “project founded on solid foundations and community partnership principles.” And today, it has turned to be the “only solution compass” for the Syrian future.

Nevertheless, this did not prevent their alliance in the face of “common dangers,” such as the Turkish advance on the northern border.

The majority of those whom Enab Baladi met unanimously agreed that the NES-held areas are in a “better” situation than the Syrian regime-held areas. They all preferred to live in the Kurdish-led NES areas rather than falling back into the Syrian regime’s hands. They see the Syrian regime as a “danger” threatening their stability, especially since thousands of the people in north-eastern Syria are wanted by the Syrian regime.

Even so, the people in north-eastern Syria are not satisfied with the economic situation. They indicated that the NES needed to deliver on promises it made over the past years. These include reviving economic activities and improving living conditions, especially with the NES’s control over the “majority” of the Syrian oil resources. They also stressed the need to end corruption in the NES-affiliated institutions.