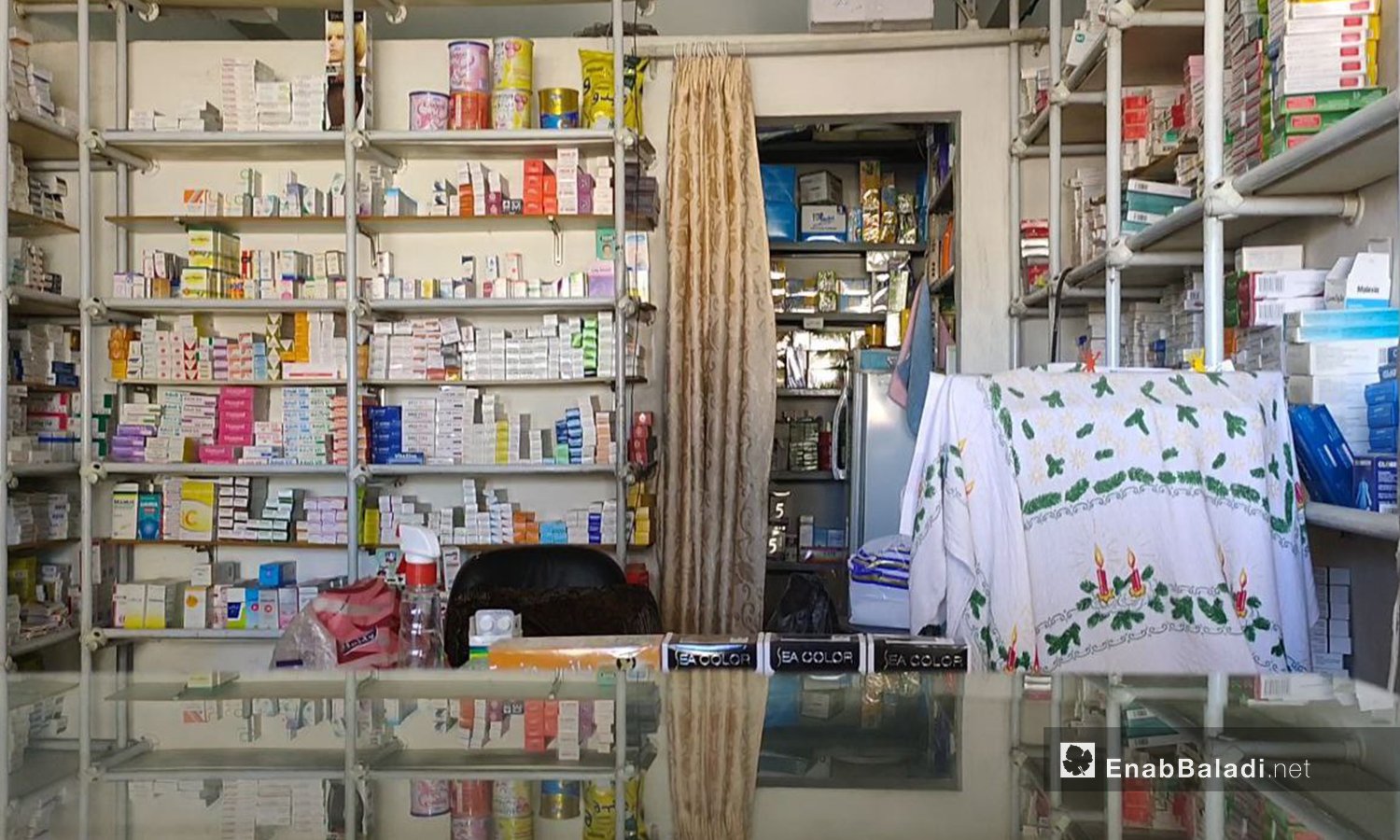 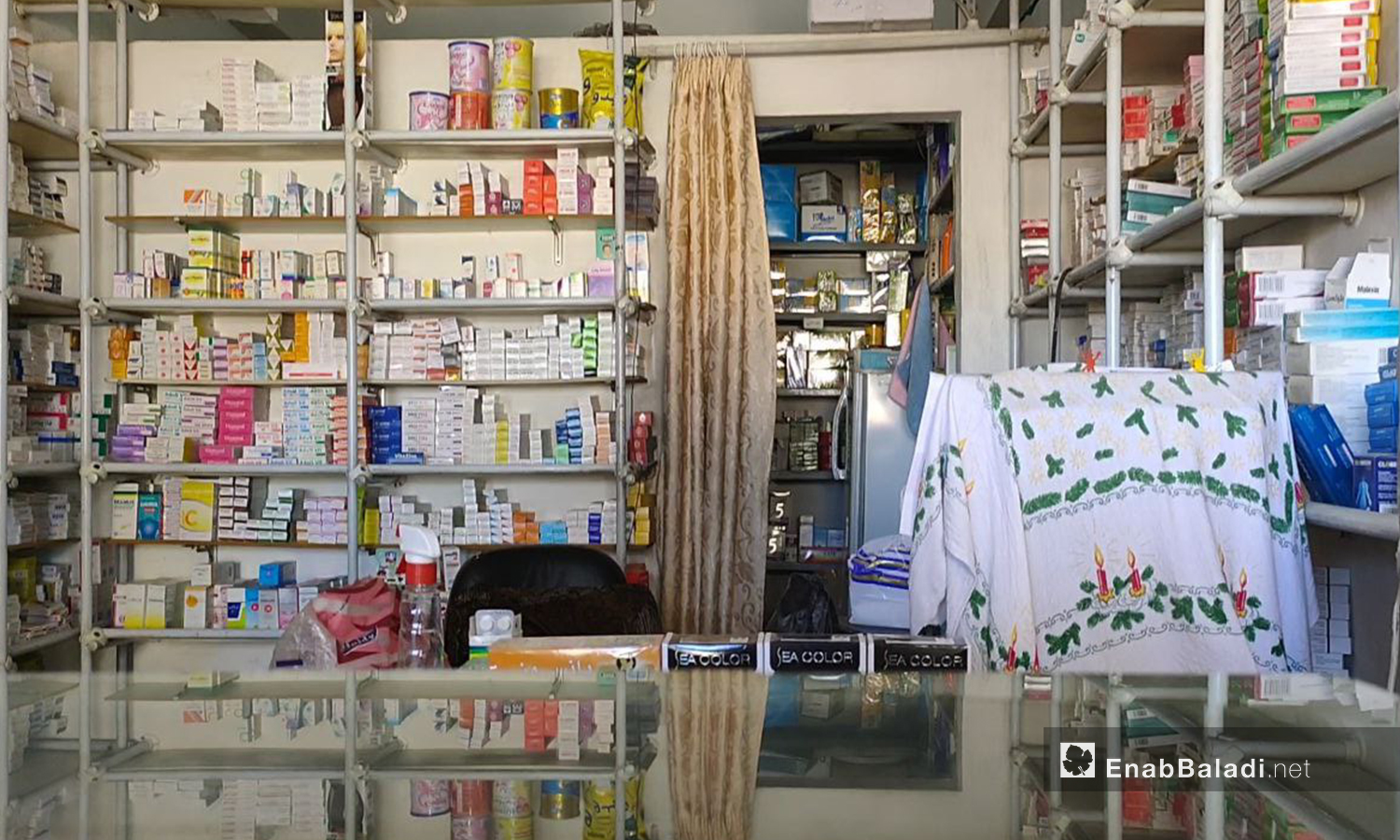 Youssef Jalal, who is in his fifties, left the pharmacy with a white package full of medications after visiting five pharmacies looking for an affordable price.

“It is no longer strange to go to many pharmacies and negotiate with a pharmacist to lower the price of a certain medicine,” Youssef Jalal told Enab Baladi.

“Purchasing a medicine in al-Hasakeh is like purchasing vegetables from the al-Hal wholesale market.”

Jalal was searching for AED, an anti-epileptic drug. He found significant price variation across pharmacies for the same drug. A 17,000 SYP (7 USD) AED with the same strength and number of tablets is being sold for 20,000 SYP at a different pharmacy. Jalal indicated that 17,000 SYP is equivalent to “one-third of the salary” he is earning.

Like all other residents of the city of Qamishli, Jalal complains about the high prices of drugs and price discrepancies between pharmacies, in addition to the difficulty of procuring some medicines.

The most expensive drugs in Syria are sold in al-Hasakeh

Maha experiences reproductive health problems. Therefore, she has to take “expensive” drugs prescribed by her doctor. She told Enab Baladi that the price of one of her drugs increased from 2,000 to 3,000 SYP (from 0.59 to 0.89 USD) within a month.

Maha, who declined to mention her full name for security reasons, said that her husband had to order large quantities of drugs with the help of some “good people” he knows in Damascus, where prices are lower than in al-Hasakeh.

Medicine prices in the al-Hasakeh governorate are generally among the highest in Syria. The increase of drug prices in al-Hasakeh amounted to roughly 30-40 percent more than those sold in Damascus, a pharmacist, who spoke on condition of anonymity, told Enab Baladi.

The pharmacist, who owns a medicine warehouse in Qamishli, said that several factors contribute to the increase in medicine prices. The first is the transportation fees of medicines paid to the Syrian regime forces-held checkpoints, which amount to 1,500 USD per cubic meter of the volume of medicine cargo.

Shipping pharmaceuticals in a medium-sized truck costs about 4,500 USD, according to the pharmacist. In addition, there is a fee, which is 1 percent of the value of each bill, that must be paid to the Kurdish-led Autonomous Administration of North and East Syria (NES).

It sometimes takes several months for road-shipped pharmaceutical products to reach their destination. Besides, pharmaceutical cargo theft is a major risk faced by truck drivers in road transport. Some medicines are damaged as a result of repeated inspections by dozens of roadblocks. All this requires a significant increase in prices in order to compensate for these losses.

However, the pharmacist believes that the medicines’ high prices are caused by the US dollar’s high exchange rate against the SYP (the SYP depreciation). The value of the SYP sank to 3,000 to the USD last January. Besides, the factories face difficulties securing the primary pharmaceutical substances, the prices of which are paid exclusively in USD.

Dr. Khaled Dawood, the co-chair of the Pharmacists Union in the city of Qamishli, spoke with Hawar News Agency on 29 September 2020; he attributed the variation in drug prices “to the pharmacists’ lack of commitment to supervise their work themselves, by appointing people who do not have any diploma in the health area.”

Another pharmacist, who spoke with Enab Baladi on the condition of anonymity, said that there is no unified drug price for medicines across the pharmacies of the governorate because warehouses sell medicines to the pharmacies at different prices. Each drug warehouse has a different price list. The warehouse owners said this is due to “the fees imposed by the Syrian regime-held checkpoints, which change from time to time.”

Some of the medicines are “smuggled” to Iraq “in order to sell them at higher prices.” The smuggling of medicines leads to their scarcity within Syria.  Some medicines’ prices increased sharply, such as psychotropic medications, Tramadol (prescription medications used to manage moderate to severe pain), and chronic disease medications. Therefore, pharmacists do not consider the NES’s profit rate at 25 percent “enough,” the pharmacist told Enab Baladi.

There are several charitable organizations and associations in al-Hasakeh. Some, like Doctors Without Borders, provide free medicines while others like the al-Ber charity provide medical check-ups at nominal prices. However, the most commonly prescribed drugs are not available. And if available, people have to buy them.