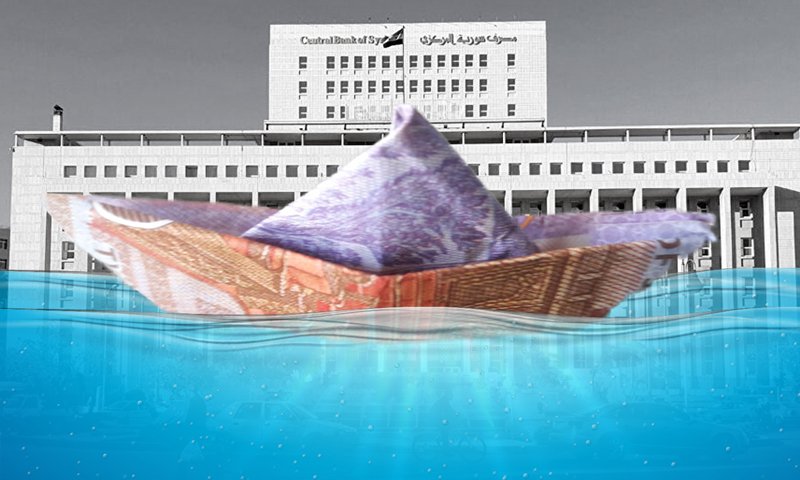 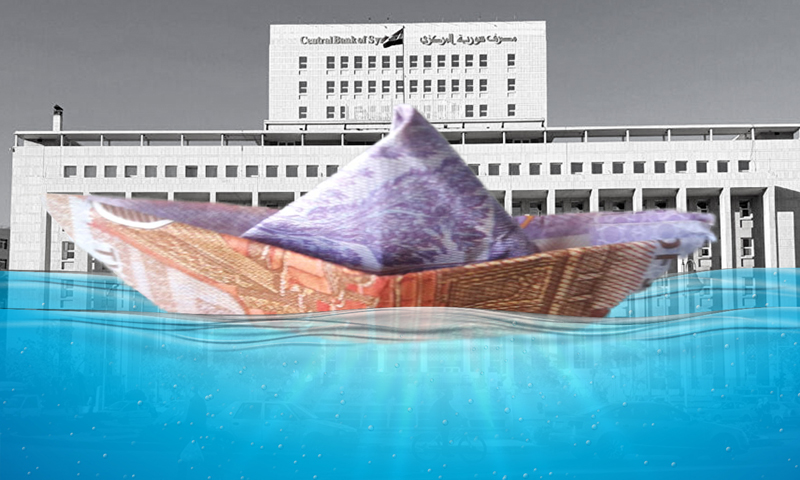 In addition to the analyses, economists propose solutions that will help transform the Syrian people’s deteriorating living and economic conditions. The Syrian economy has been turbulent and has declined significantly since the start of the conflict.  Furthermore, there is a widening gap between the prices of the official foreign currency market–through which the Syrian government sets its employees’ salary or wage rates as well as remittances of its citizens–and black market prices. The black market is an arena through which traders and speculators control the prices of products, affecting Syrian citizens’ purchasing power.

In fact, Asi’s analysis came after the Lebanese monetary authorities announced the possibility of floating the Lebanese exchange rate.

With regard to the recent Lebanese proposal to float the Lebanese pound, Asi indicated that the state needs a substantial party or international agreements to protect itself when adopting this decision. Therefore, Lebanon’s central bank governor Riad Salameh said that any currency’s flotation would depend on negotiations with the International Monetary Fund (IMF).

The former minister said that all the countries, which were obliged to turn to the IMF for assistance in restructuring their economy, have seen their fair share of political and social turmoil. Therefore, the reliance on the IMF resources cannot be considered the best option, especially in the absence of political support from the countries controlling the IMF.

A free-floating exchange rate is one that has no intervention from the government. It is solely determined by market forces of demand and supply of foreign and local currency.

By contrast, in the managed float exchange rate system, the government, through its central bank, intervenes to influence the magnitude of supply and demand of foreign currencies and sometimes manipulate the exchange rates in a way that serves its interests.

However, the Syrian government will not accept a policy to set the price of the exchange rate based on supply and demand relative to other currencies, economic analyst Dr. Firas Shaabo indicated.

The Central Bank of Syria (CBS) has no useful policy tools and is somewhat “out of service,” while the security services maintain their grip on all the critical sectors in the country, including the economy. The Syrian regime, therefore, determines the currency prices through other factors that are not fundamentally monetary.

Therefore, the Syrian government cannot approve the floating exchange rate system because Syria, in the first place, does not have economic fundamentals such as export and industry activities.

Suppose the government floats the Syrian pound (SYP). In that case, there will be disastrous consequences, and the Syrian economy will suffer from a severe economic meltdown in light of the Syrian security services’ inability to control exchange rates on the black market.

The Syrian regime controls the exchange rate with a security grip. In June 2020, extreme security measures were imposed on remittance agents and money changers (RAMCs), in conjunction with starting the sanctions imposed under the Caesar Syria Civilian Protection Act.

The monetary authorities in a country experiencing precarious economic conditions make several attempts to support the economy, such as floating its national currency. These authorities try to eliminate the existing gap between the official and black market exchange rates and attract more investment. However, this step can have adverse effects, such as increasing inflation rates in the country, raising prices of almost all critical necessities in life, and increasing costs of imports at unprecedented rates.

The economic situation is dramatically deteriorating in Syria as a result of nearly ten years of war. This economic crisis has created difficulties in attracting foreign and domestic investments due to the absence of infrastructure, the lack of investors’ confidence in the local currency, and both security and economic instability.

Syria currently suffers from high inflation rates. If the floating exchange rate were to be implemented, the markets would see a significant rise in prices amid the decline in citizens’ purchasing power and the low real values of salary rates due to the depreciation of the SYP against foreign currencies.

Dr. Firas Shaabo believes that the decision to adopt the floating exchange rate policy, in light of the current dire economic conditions, will lead the Syrian economy and  Syrians into a “black hole” that will absorb all their savings and potential. Additionally, the Syrian people will be affected by the price hikes in markets.

Prices of almost everything will increase sharply to levels that Syrian citizens cannot imagine. The Syrian government will not be able to withstand the crisis. In turn, its allies will be restless about the Syrian economy’s collapse, which will be a “big blow” to the Syrian regime.

On 15 January, the pound’s official exchange rate reached 1,256 against the US dollar. On the other hand, the SYP hit record lows on the black market, trading at 2,890 to the US dollar.

The CBS warned economic agents and citizens against dealing with the black market. They said that it will hold them legally accountable if they commit violations, asking them to conduct their financial transactions with licensed financial institutions. The CBS introduced a new exchange rate for the fees paid by Syrian males to avoid mandatory military service, more than double the CBS’s official rate and close to the pound’s value on the black market. The US dollar recorded 2,525 SYP, according to the military service exemption fee’s bulletin in Syria.

Doubling the military service exemption fees, allowing merchants to set prices of their products according to the black market prices, and the repercussions of these actions on rising prices are indications that the Syrian government has moved in one way or another to the floating exchange rate system even if it does not acknowledge that.

However, Dr. Firas Shaabo believes that even if the Syrian regime wants to follow the managed exchange rate system—which is when the CBS indirectly interferes with exchange rates by manipulating interest rates and pumping large amounts of money into the markets— it does not have the ability to buy and sell hard currencies or bonds or using interest rates. This is because their prices are somewhat fixed in Syria. No matter how high-interest rates are, this will not eliminate investors’ panic due to the deterioration of the currency’s value.

In early 2012, months after the eruption of the popular protests in Syria, the CBS floated the SYP after the high inflation rates.

At that time, the SYP lost nearly 40 percent of its value at once, but that loss was closer to the actual market price than a substantial loss.

The Syrian government has returned to the fixed exchange rate policy by pumping a quantity of US dollars every period into the monetary markets in an attempt to keep the exchange rate levels under control.