Social and political impact of tribal conflict on eastern Syria 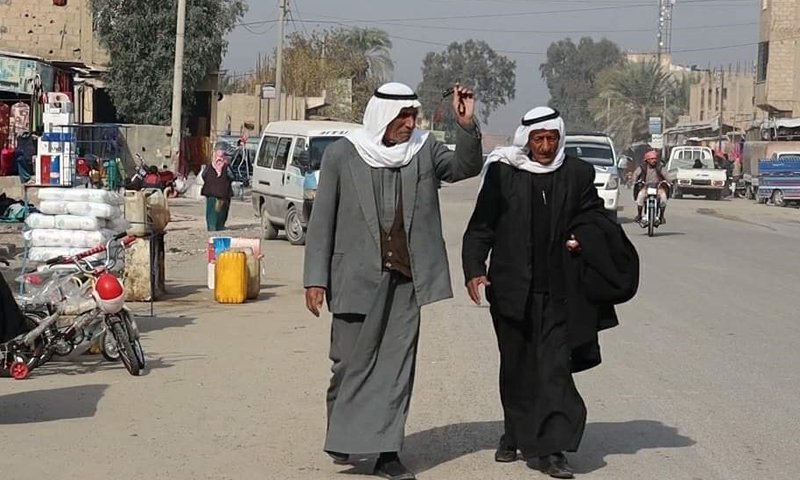 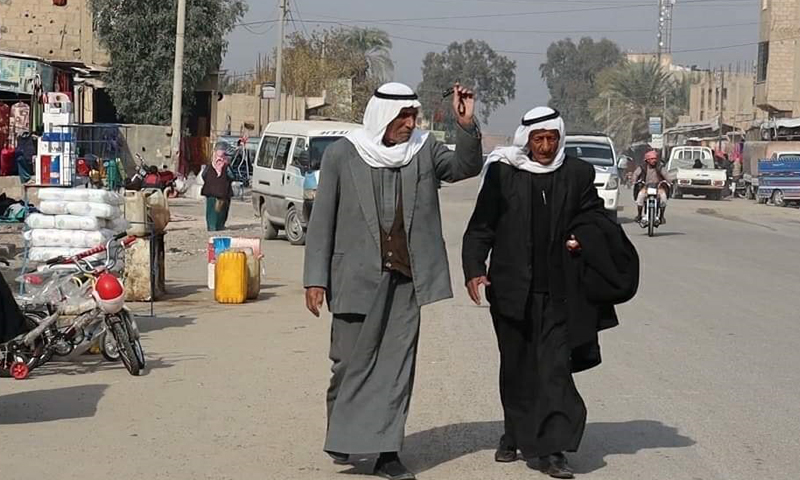 Arab clans and tribes comprise the majority of the population in eastern and northeastern Syria. They are distributed along the Euphrates River banks, in the Syrian Jazira, and other cities and regions in Syria. Despite their wide presence throughout Syria, they do not fall under unified military organization or leadership. During previous years of conflict, Arab clans and tribes disagreed on several political issues.

Disputes, blood feuds, and other conflicts are considered factors leading to inter-clan fighting in the Arab clans’ areas, especially in eastern Syria.

A conflict arose east of Deir Ezzor among the members of the Shaitat tribe in early December 2020. The causes of the conflict remained unclear because the tribe members refused to talk about the conflict, arguing that it is a private affair among tribe members.

The fighting continued for 72 hours. In response, the Syrian Democratic Forces (SDF), the military arm of the Kurdish-led Autonomous Administration of North and East Syria (NES), imposed a curfew, carried out a campaign of raids and searches, and instituted checkpoints inside the town.

Additionally, some tribal leaders intervened to stop the fighting, as published by local media outlets and confirmed to Enab Baladi by a resident in the region.

The SDF distances itself from most inter-clan conflicts because these clans hold positions of power, and they could be a robust future competitor for the SDF over the region.

Political researcher and expert on eastern Euphrates affairs Anas Shawakh believes that these ongoing quarrels and fighting undermine any possible joint action between these clans and minimize the chances of becoming a rival force in the future.

The SDF is also afraid that it might take sides in favor of one clan against another, which may have detrimental effects. This is because most of the SDF-controlled areas are inhabited by Arab and Kurdish tribes and clans, Anas Shawakh stressed.

The Syrian regime relies on these ongoing skirmishes between clans to fuel a security rift and to distort the image of stability that the SDF is trying to paint in the region.

Although the Syrian regime covets the areas controlled by the SDF to benefit from the agricultural and subterranean resources (oil and gas fields), it knows very well that it is almost impossible to regain the eastern Euphrates region with the continued support of the US and the Global Coalition Forces, Shawakh added.

The dominant forces in the areas where Arab clans reside prefer one clan over the other, directly or indirectly, for their own interests. These forces treat their affiliates differently; for example, they are offered exclusive job opportunities. Different and higher quality services are ensured in the SDF-support areas. This fuels more conflict.

Anas Shawakh said that the Syrian regime, the SDF, and the so-called Islamic State (IS) group yield different benefits from the clan fighting. The primary beneficiary is the Syrian regime, which aims to damage the idyllic image that the SDF is trying to convey in its areas of control.

On 23 May 2020, fighting took place in Deir Ezzor between the Albufrio and al-Bakir clans. The fighting, which broke out due to a disagreement, resulted in the death and injury of some members of the two clans. Conflicting news spread about the causes of fighting.

Enab Baladi’s correspondent pointed out that the al-Afif Family, who are members of the al-Bakir clan, attacked members of the Albufrio clan after being accused of killing one of their sons.

The correspondent indicated that there was an old vendetta between the al-Afif Family and Albufrio clans in the village of Mashkh. He also confirmed at the time that the SDF did not intervene in the fighting.

Diminishing role since the Ottoman era

It is necessary to understand Syria’s contemporary history to know the social and political role played by Arab clans in Syria, which have been playing a significant role in the country since the time of the Ottoman Empire.

Under the Ottoman rule, the state would endow some clans with influence, weapons, and material support, making them important in Syria’s Jazira region. Consequently, the state could centralize control over those areas. In turn, the clans would send young men to volunteer in the Ottoman army, social researcher Talal Mustafa told Enab Baladi.

The clans had a political and military role in the Ottoman Empire, forming the link between the state governors and some clans’ sheiks.

During the French mandate in Syria (1920-1946), the clans’ roles and their influence decreased compared to Ottoman rule times. This is because there was a movement towards establishing a modern state, Talal Mustafa said. This decline is evident in the decrease in the number of clan representatives in parliament from nine to six at that time.

The Law of Tribes, which was passed under the French mandate and granted clans and tribes some electoral and economic privileges, was repealed during Gamal Abdel Nasser’s rule when Syria and Egypt were briefly unified.

When President Hafez al-Assad assumed power in Syria, he had two main strategies with the clans.

He reduced the influence of tribal sheiks in political life, creating weak tribal leadership and linking them directly to security institutions. Furthermore, the tribes and clans’ access to parliament was tied to security approvals.

Researcher Talal Mustafa described them as “shaky and weak figures” that Hafez al-Assad used to control the clans and win their favor.

His son Bashar al-Assad followed in his father’s footsteps at the beginning of the Syrian uprising in 2011. Al-Assad visited sheiks and tribal figures in the Syrian city of Raqqa to gain their support. At that time, they appeared loyal to the Syrian regime.

However, these sheiks are often loyal to the influential forces controlling their areas. Their capricious loyalty is considered dangerous because it generates fighting between the clans in relation to the powerholders controlling their areas, whether the SDF, Iranian factions, the IS group, or the Syrian regime, according to Mustafa.

The peculiar trait of clan fighting is that decision-making is communal, not individual.

Decision-making is based on the clans’ political loyalty. This creates real social risks, including disintegrating and cracking existing social structures, which pre-date the modern state, according to researcher Talal Mustafa.

Today, the forces in control are pushing the clans into more fights, leading to chasms in the overall social order and future cracks in the structures of the clans and tribes themselves.

The loyalty of the members of the same clan has become relevant to their locations, some of whom are in neighboring, or European countries. So, clan members can no longer limit their loyalty to the clan Sheikh; they do not have to follow his orders anymore because of the significant distance.

The clan leaders are losing their credibility in front of  Syrians and their people because of their protracted conflicts and volatile political allegiance and loyalties, as well as the vendetta culture that characterizes the clans’ dynamics, especially in the Jazira region in Syria. These factors are giving rise to more divisions and conflicts.

If there continue to be various de facto forces in Syria, clan “partisanism” will not end, nor conflicts. Even if they stop, it will be for a temporary period, and then soon flare up again, according to researcher Talal Mustafa.

However, a radical solution can be implemented through enforcing a transformative political change in Syria, acceptable to all categories of the Syrian people, and a change in the system’s structure. A fair trial for those who instigated this fighting must also be sought.

This solution should also hinge on building a state subject to the rule of law, which respects citizens’ fundamental rights. This law must recognize traditional tribal structures as part of the Syrian national identity.

As for the truces and the intervention of prominent tribal figures, these are temporary solutions that will not end the disputes.

The climate of tension has prevailed in the city of Deir Ezzor after senior tribal elders and sheiks were assassinated. The incidents were blamed on the SDF, which denied its involvement in these assassinations and accused sleeper cells affiliated with the IS group.