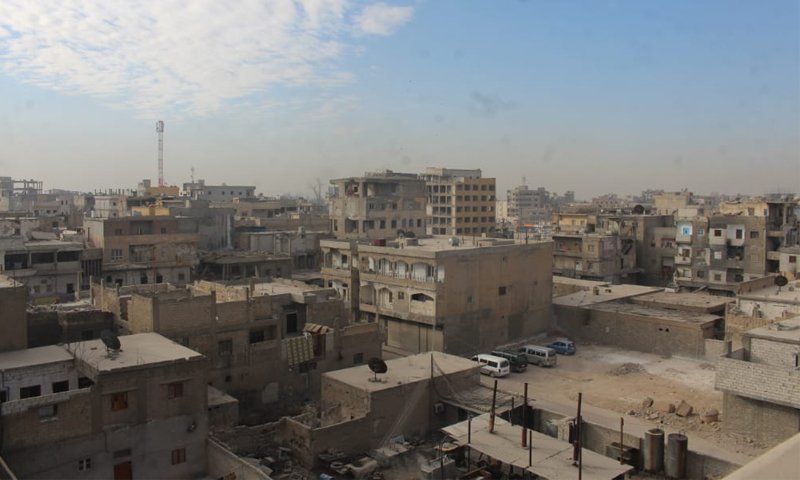 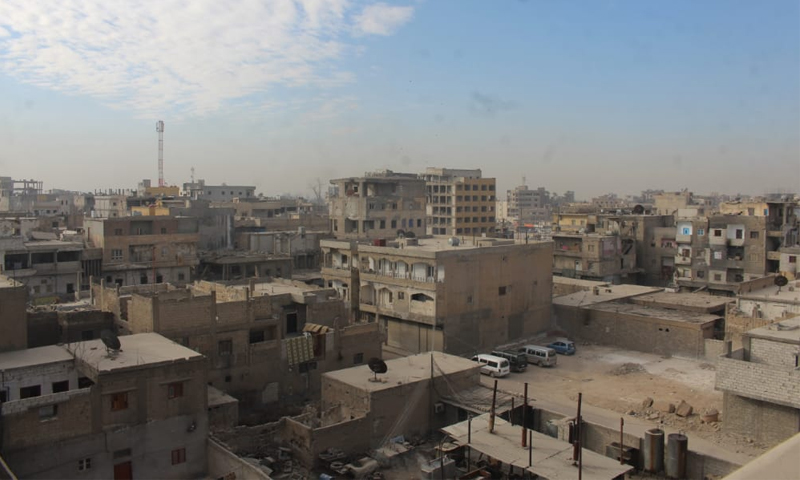 The social justice council has issued new decisions on real estate litigations in northeastern Syrian areas under the control of the Kurdish-led Autonomous Administration of North and East Syria (AANES).

Under the new decisions, the council banned all social justice offices in northeastern Syria from adjudicating any in-rem lawsuits related to determining the origin of a property right for state-owned real estate; that is, real property not included in zoning plans.

The Syrian Civil Code defines state-owned property as real estate owned by the government rather than by a private individual and is subject to disposition transactions.

On 28 January, the council issued a statement banning social justice offices from adjudicating lawsuits relating to primary rights in rem. It also announced that all litigations linked to those rights must be dismissed regardless of which legal stage they are in. Such lawsuits include matters of disposing and determining rights in rem, surface rights (the right to use the surface of a property), and usufructuary rights, including the verification and registration of real estate purchase contracts.

The statement mentioned that those social justice offices are not allowed to rule in lawsuits determining the origin of rights, which have already been adjudicated by a final judicial decision, regardless of the judicial body that ruled them, including court decisions, judicial confessions, and property titles.

According to the statement, other lawsuits on possession of title and those related to state property would not be determined unless after obtaining clearance or a lease contract from the competent administrative authority for properties outside zoning plans. As for real property included in zoning plans, the same requisites must be obtained from the municipalities committee, the local administrative authority, and the competent municipality.

The council aimed to preserve citizens’ rights, prevent future property litigations, protect the public interest, and safeguard property rights regarding state-owned properties outside the zoning plans of cities and municipalities, the statement mentioned.

The council has nullified all previous decisions and circulars on this matter and pointed out that any violator of new decisions would be subject to legal accountability.

On 13 January, the legislative council of al-Raqqa city unanimously ratified decision No.5 to cancel the disposition of public property in the city of al-Raqqa. The decision pertains to all property disposition activities since 4 March 2013.

The council strictly prohibited the ownership, sell or purchase of public property, including leases and adverse possession cases. The decision has a retroactive effect, as it stretches the ban to property disposition since 4 March 2013.

According to the statement, the council ratified these decisions” based on the public interest requirements and to protect state-owned property.” It announced that property-related acts carried out at odds with the said decisions and their consequences would be considered null and legally ineffective.

The council froze the adjudication process of public property encroachment cases and pledged to stop infringement on state property and remove illegal shelters, or other structures occupants have built on arable and non-arable public land after the stated date.

The demolition of civilians’ houses in al-Raqqa

The municipality of the people in al-Raqqa has demolished some houses to the northwestern entrance of the city, known as the Hazimah junction or roundabout. The municipality claimed that the houses are violations of the construction code.

On 24 January, local Facebook pages circulated images of the houses destroyed by the municipality.

Amal, a resident of the Hazimah roundabout neighborhood, told Enab Baladi on the condition of anonymity for security reasons that dozens of Syrian Democratic Forces (SDF) elements came with a tank and vehicles belonging to the municipality to the neighborhood, around 2 am, and forcibly removed the residents out of their houses.

The SDF elements started demolishing the houses after evicting the residents, assembled and assaulted them, forcing the homeless families to sleep in the open air, Amal said.

Ahmed al-Saleh, an activist from al-Raqqa, told Enab Baladi that the area is included in the zoning plan. It is a state-owned property and an agricultural airfield; however, the airport has never been established, and its implementation plan was never carried out.

Al-Saleh added, even if there are intentions to set up the agricultural airport, it must be established at the headquarters of the 17th Division since it has a large uninhabited space area and bases for the SDF.

According to al-Saleh, some of the area’s houses have been previously destroyed by the International Coalition Forces (ICF) bombings. The affected residents built new houses on their lands; therefore, the area contains about 300 residences between old and new ones.

For its part, the municipality justified the demolition of the residents’ houses for reasons linked to building code violations and infringement on public property.

It stated that on 23 January, it brought down all the building violations in the Hazimah roundabout area to protect state-owned and residents’ assets following a decision by the al-Raqqa civil council.

The demolition of building violations aims to improve the services and building situation in al-Raqqa, the municipality mentioned in a statement published on its Facebook page on 24 January.

The office started to exercise its powers in the al-Andalus neighborhood, north of al-Raqqa. It issued a zoning plan that included public parks, health centers, schools, and sanitation networks.

The plan was temporarily suspended by the office, which also halted the granting of building permits after it received many objections from property owners.

The municipality’s statement warned the al-Andalus neighborhood residents against violating the construction code under penalty of legal accountability.

It pointed out that the region’s technical service tours have revealed a noticeable rise in informal construction in the area near the Hazimah roundabout (the agricultural airport area previously) and a complete infringement on public property.

The building violations affected the al-Andalus school building, the agricultural airport’s campus and banks, and the airport road.

The municipality called on the residents of al-Raqqa not to encroach on public properties as they belong to all people, and no one has the right to infringe on them. It also threatened offenders with imprisonment and legal accountability.