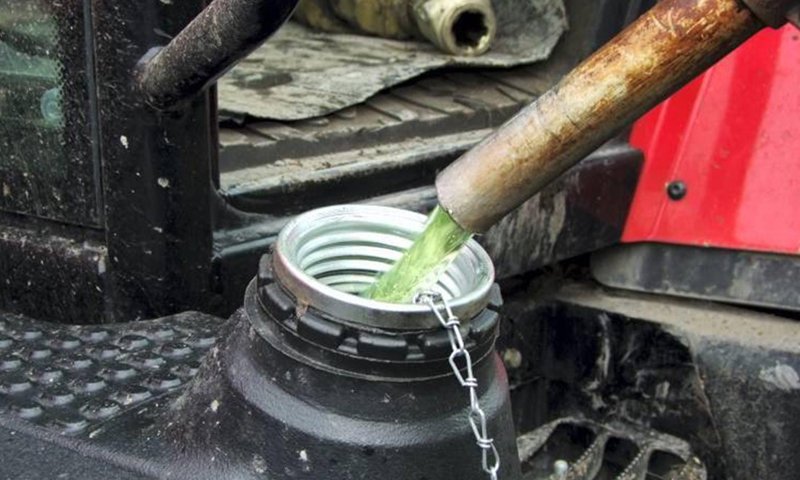 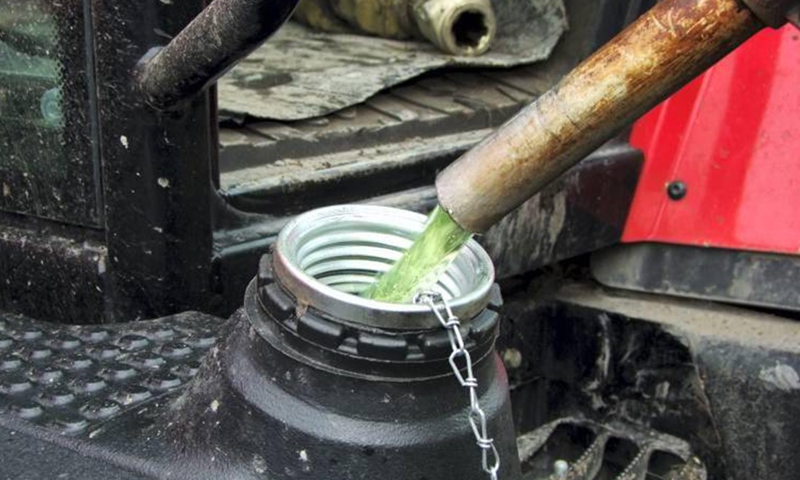 It is freezing cold, and subsidized fuel used for heating is in high demand. Yet Hussein Abdul Karim decided not to wait for his turn to obtain his allocation after he saw the accumulated files of the eligible households in the drawers of the local municipalities.

Abdul Karim, a man in his thirties from Tafas town, west of Daraa governorate, told Enab Baladi, “If I am to wait for my turn to get subsidized fuel allocations, I will have to wait until April.”

As a result of “favoritism” and the frustrating conditions and procedures of distributing fuel subsidies (which are barely enough for a month), Abdul Karim, like other residents of Daraa, resorted to purchasing fuel at twice the price set by the Syrian government in order to obtain fuel more quickly.

Diesel fuel has been distributed in Daraa through a “smart card,” which has been provided to every family in the governorate since December 2018.

The Syrian regime’s Ministry of Internal Trade and Consumer Protection restricted the distribution of fuel to the smart cards issued by the state Takamol Company. This company uses the automated smart card system for the distribution of subsidized gas products and other essential commodities.

Each household is allocated up to 200 fuel liters per person, at a subsidized price of 180 Syrian Pounds (SYP-0.051 USD) per liter. The fuel distribution process has been scheduled and supervised by local municipalities since September 2020.

However, the fuel stations pointed out that fuel allocation deliveries have been delayed due to the late arrival of fuel supplies and alleged shortages. This consequently opened the door to exploitation and manipulation of the purchase value of the fuel.

Abdul Karim, who provides for a family of four members, paid “about 500 SYP a liter” to a diesel distributor after he grew tired of waiting for his turn to get the subsidized diesel.

The Ministry of Petroleum and Mineral Resources said that the late arrival of fuel supplies to stations occurs because “there is a delay in delivering contracted oil products due to the US sanctions and blockade imposed on Syria.”

The ministry issued a decision, on 10 January, to reduce the amounts of diesel fuel distributed to the Syrian governorates by 24 percent and the amount of gasoline by 17 percent. This portends greater problems for citizens.

The smart card electronic system can not differentiate between transit fuel cards and heating fuel ones. This leads to brokering and trading activities that exploit people’s need for fuel.

Fuel stations can sell heating fuel allocations to the transport sector and vice versa. This creates an unbalanced distribution process.

SANA quoted the director of the Syrian Company’s branch for the Storage and Distribution of Petroleum Products, Naim al-Jaber, as saying that this measure was imposed due to the need for “fair distribution of fuel supplies.”

Enab Baladi reached out to several diesel distributors for comment. The distributors said that the gas station does not have an independent device to cut off heating or transportation fuel allocations. Therefore, smart cardholders can easily violate the fuel distribution.

On 19 October 2020, the Ministry of Internal Trade raised the sale price of diesel fuel; one liter of industrial and commercial fuel reached 650 SYP (0.22 USD). However, the ministry has not increased the cost of subsidized heating fuel; its price has stayed at 180 SYP (0.06 USD) per liter.

Omaima, a primary school teacher in Daraa countryside, could not obtain an appointment from the municipality to receive her diesel allocations.

She also used a mediator to get her allocation on time after paying a price that exceeds the government’s subsidized price. However, the amount she received was insufficient to meet the needs of her family of five.

In January 2020, the allocations distributed to Daraa families decreased by half, with no official justification for the decline.

A family of five members with one fireplace in the house needs at least three liters of fuel. This remains the case even though the region has faced temperature increases above their annual rates, reaching three or six degrees Celsius.

Families in Daraa governorate follow specific measures to reduce heating fuel consumption. Some attempt to take advantage of electricity during the power supply hours by turning on electric heaters for warmth. Yet, this increases the load on the power distribution network and leads to repeated power outages.

Some families depend on firewood and gas heaters.

A ton of olive wood costs 250 thousand SYP (86 USD), a ton of eucalyptus wood is 200 thousand SYP(68 USD), and a ton of grape wood reaches 175 thousand SYP (59.6 USD). Due to the higher prices of the abovementioned wood, some people resort to collecting the wood of pomegranates and almonds from agricultural lands without paying farmers, despite the challenge of effectively burning their small branches.

The price of gas cylinders, which some people depend on to keep themselves warm, has also increased. A gas cylinder on the black market costs 40,000 SYP (14 USD), while the subsidized gas cylinders’ allocation is not even sufficient for cooking purposes.

As for Abdul Karim, he finds no alternative but to face harsh weather conditions with blankets once his diesel allocations run out; with the price of a liter of diesel amounting to 1,150 SYP (0.39 USD) on the black market.