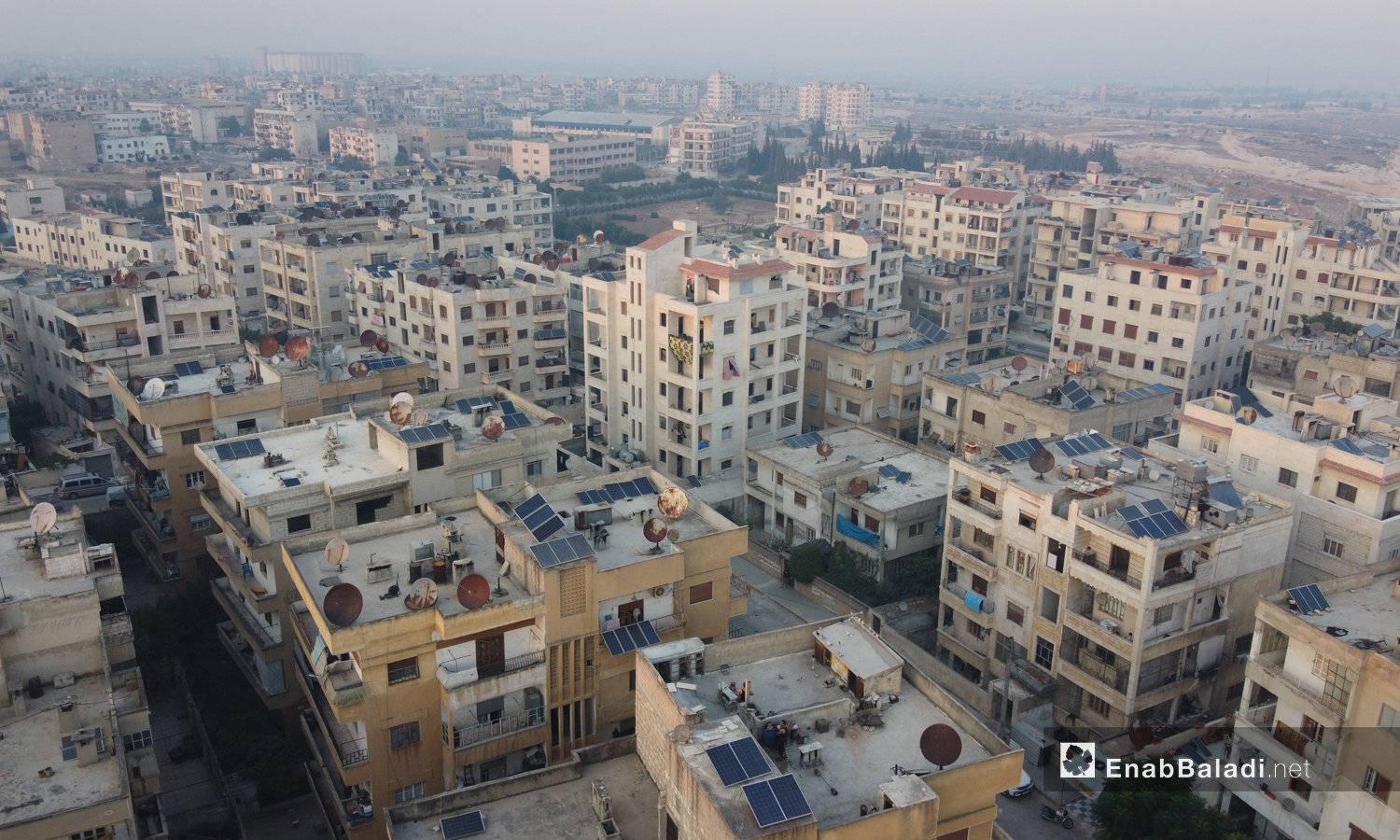 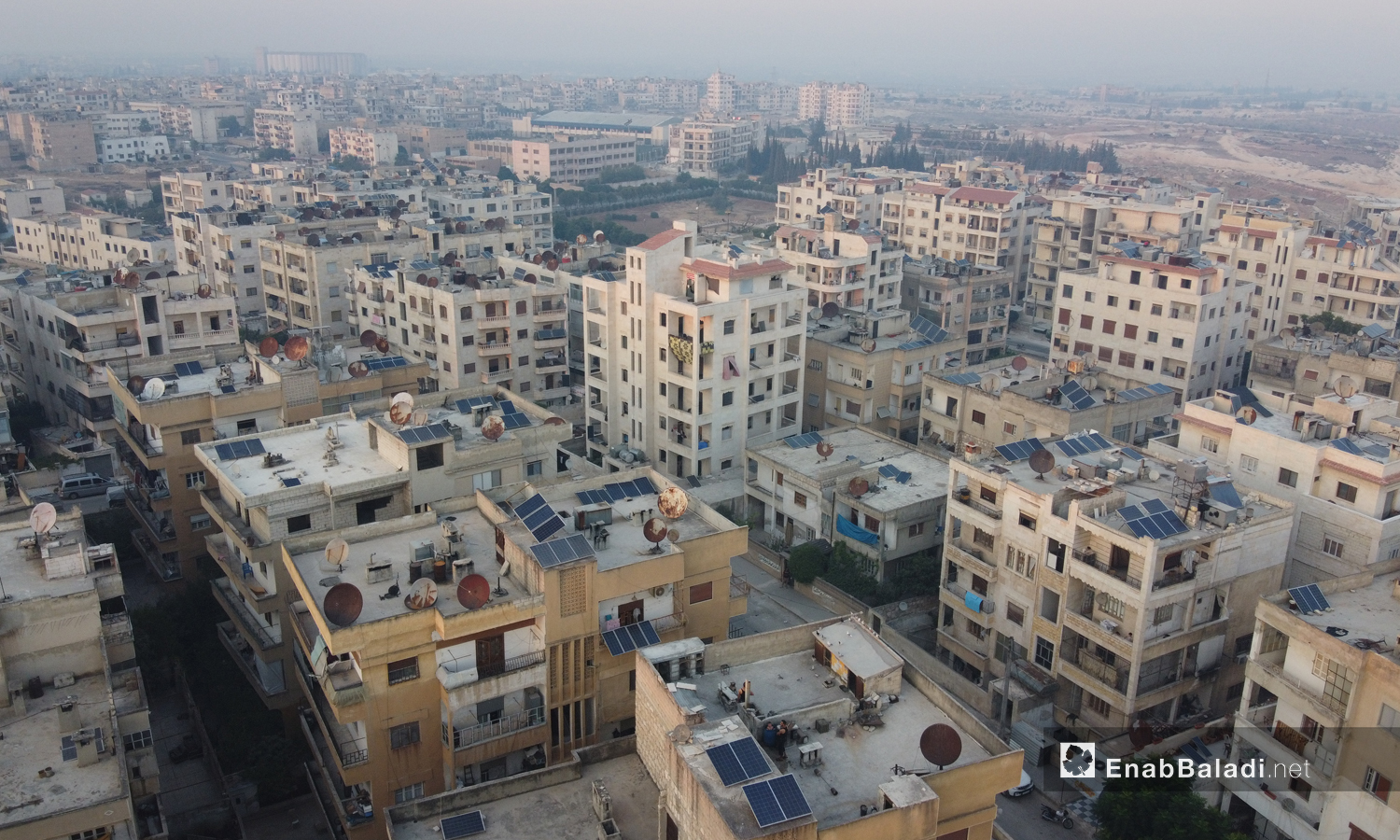 Using her mobile phone, Lamia Masri recorded a video, in which she introduced herself, and revealed her Syrian ID and Greek residence permit card. She sent the video to her agent in Idlib city to share it with the public notary.

The notary then created a power of attorney that authorizes the agent to sell her house in the city center.

Fifty-three years old Masri, a Syrian woman from Idlib city who has been staying in Greece for 20 years, was surprised to know that her long forsaken house was used by a family that she does not know or related to.

Masri considered the family’s act an illegal occupation of property because they did not ask for her permission to rent or live in her house.

When Masri assigned one of her relatives, the said agent, in Idlib to evacuate the house, to rent or sell it, the family refused to leave and demanded that he prove Masri’s ownership.

The family asked to see official documents proving that Masri is the real owner, which prompted the latter to authorize her relative to obtain needed title deeds and sell the house.

The illegal occupation of her house without her knowledge and the absence of financial benefit from it were among the reasons that pushed Masri to sell the property.

Instability, rampant insecurity, and the deterioration of economy in Idlib contributed to her decision, Masri told Enab Baladi.

Obtaining a power of attorney

The same reasons are pressing many Syrian expatriates from Idlib province into selling their real properties in the city.

To carry on with similar property transactions, expatriates must appoint Syria-based agents to represent them.

Idlib-based lawyer Ahmed Khabo explained to Enab Baladi the mechanism of appointing agents for Syrian expatriates, whether residing in Arab countries or elsewhere.

Assigning an agent requires the involved property’s cadaster record, a copy of the expatriate and agent’s Syrian IDs, the expatriate’s document of identification from the country of residence or asylum, such as a residence card, asylum registration card, passport, or another ID in case of dual nationality.

In addition to paper work, obtaining a power of attorney includes a video recorded by the expatriate, declaring his/her personal information, two witnesses who should testify that the information of the person shown in the video is correct and attest to the selling procedure, and a direct video call between the public notary and the expatriate.

Through the live video call, the public notary discusses matters related to the property, the selling procedure, and the price to ensure that the information provided in the power of attorney document and selling contract is correct.

The public notary then certifies the power of attorney document after receiving its fees, handing it to the concerned person or the agent to continue the real estate transaction’s registration in the cadastre.

Khabo said that local authorities in Idlib carry out a security check up of the person wishing to sell his/her property in the city. Check-ups take 10 to 15 days, when they come out positive, owners are permitted to complete the selling procedures.

The Syrian Salvation Government (SSG) in Idlib city issued a decision requesting security clearance of people, before allowing them to embark on real-estate transactions, including lease, buying contracts, or any property-related undertakings.

The SSG’s decision was to make sure that these people are not involved in criminal cases or suspected of having connections with the Syrian regime.

The SSG’s media office director, Molham al-Ahmed, said that the SSG is requesting the security clearance because the overwhelming majority of residents in northern Syrian regions lack identification documents and that the SSG needs to verify the security status of the tenant, lessor, property owner, and property occupier.

The same procedures apply to the expatriate if he/she wishes to buy property in the city of Idlib. The only difference is that video calls are not involved in this case.

According to Khabo, the live video call is not required for legal power of attorney of property rent or purchase. It is only needed for outright sale cases.

The outright sale (an all-cash real estate transaction) is conducted in cases of inherited property, jointly owned property, fully owned property, as well as by owners who have claims to property under a legal final and irrevocable court ruling. All these selling cases are permissible, valid, and legal, according to Khabo.

Property archiving, documentation, selling, and purchasing procedures are concluded in the Tabo, namely the real estate documentation office in the general directorate of cadastral affairs of the SSG’s local administration and services ministry.