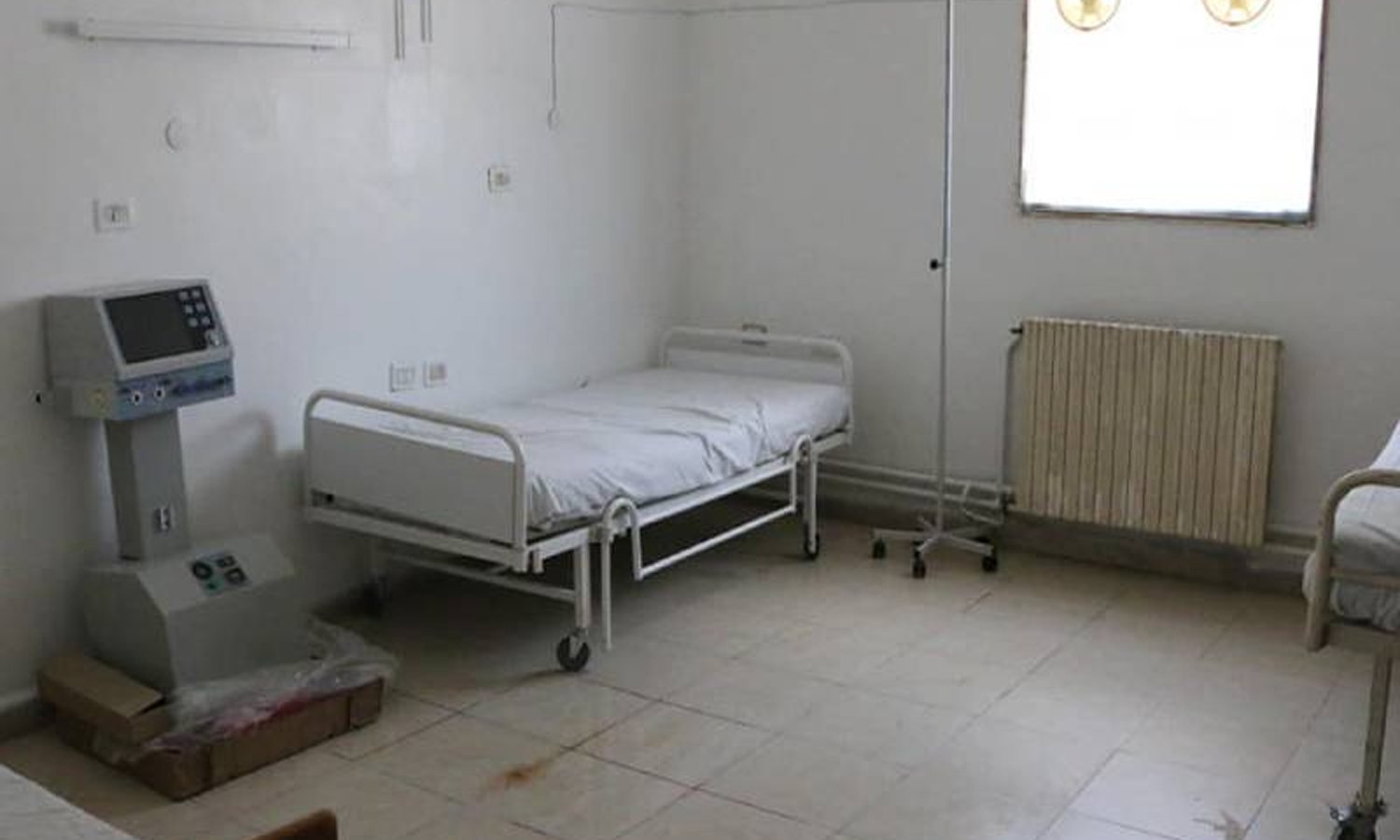 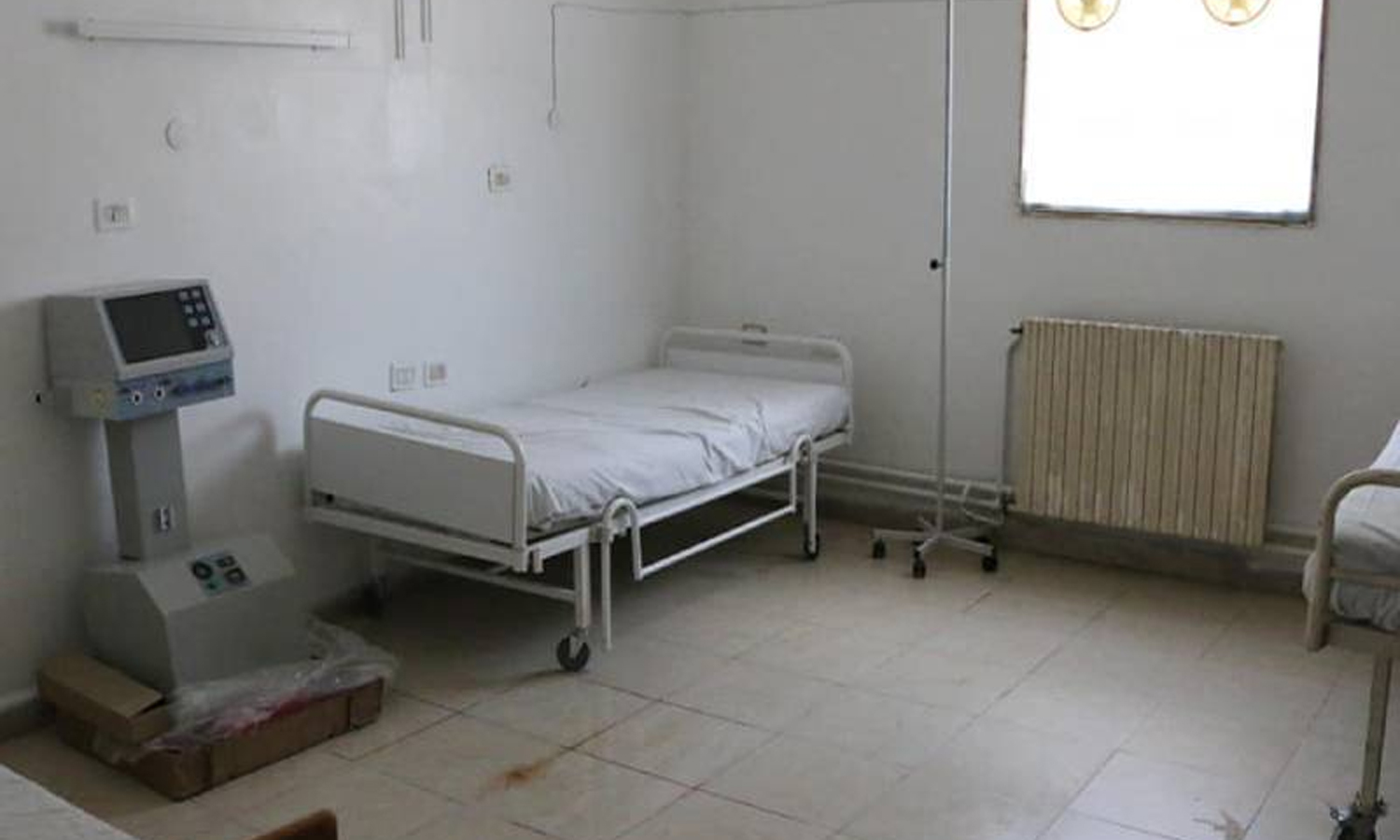 “Today I’m bedridden due to the lack of treatment and its high cost, which forces me to stay in bed. I can do nothing but to wait for the bleeding to go away on its own, which can cause my joints to be worn down due to repeated bleeding with no available treatment.”

Twenty-six-year old Abdul Rahman Sheikh Deeb from Saraqib city in Idlib countryside recounted to Enab Baladi his suffering and his brother Saad from hemophilia. He has been cut off from treatment for six years (between 2011 and 2017) after the Syrian regime circulated his and his brother’s name in Idlib city, while the treatment was available only in government hospitals.

Sheikh Deeb’s suffering does not stop at bleeding; even his normal movement is very limited, according to what he said to Enab Baladi. His joints are in a permanent state of debilitation as a result of the continuous bleeding that causes the breaking down of his joints.

Hemophilia is a mostly inherited bleeding disorder where blood does not clot properly. It is caused by a defective gene responsible for making coagulation factors in the blood, resulting in a shortage or absence of a clotting factor (8th, 9th, or 11th).

The genes associated with this condition are located on the sex-linked X-chromosome. Hemophilia occurs more commonly in males than in females because males have one X and one Y-chromosome, while females possess two X-chromosomes. A female carrying the defect on one of her X-chromosomes may not be affected by Hemophilia. Her other dominant X-chromosome will produce the necessary clotting factors and prevent the defective gene from manifesting itself; thus, females are just carriers of this genetic disposition and transform it into their children. It is rare for a female to be diagnosed with this disease when her two X-chromosomes carry the defective gene.

Queen Victoria of England had hemophilia. She passed the disease to her son and daughters, who passed it to the ruling families across continents, including the dynasties of Spain, Germany, and Russia; thus hemophilia was called the royal disease.

The treatment is behind the border

In 2017, Sheikh Deeb had a traffic accident and was transferred to Turkey for treatment. He underwent a joint replacement surgery at a Turkish government hospital after previous bleeding incidents caused the breaking down of his joint’s lining.

After the surgical operation, Sheikh Deeb returned to Idlib, and his suffering journey was resumed again in Syria, as he was in constant pain and received no treatment. His condition became worse, for there was no one to look after him after his health deteriorated following the surgery in Turkey.

The needles needed for hemophilia treatment are available in some pharmacies on rare occasions with no information about the donating party. The needles price ranges between 30 and 40 US dollars.

Sheikh Deeb submitted nine medical referral requests to the Bab al-Hawa border crossing to enter Turkey, in a Turkish committee’s presence; however, his requests were rejected. At that time, Sheikh Deeb was suffering from internal and external bleeding in the chin area and remained in Azaz Hospital for six days, but his health did not improve.

Enab Baladi tried to communicate with the health directorate in Idlib to ask for statistics or information on the lack of hemophilia treatment and did not receive a reply.

The Regional Director of the Office of the Syrian American Medical Society (SAMS) in northern Syria, Mazen Kawara, said to Enab Baladi that in 2018 the organization provided treatment for hemophilia patients, in coordination with the Direct Relief organization, through in-kind contributions. The treatment was distributed at Idlib Central Hospital.

SAMS organization provides hemophilia patients and sick people in general, basic medical supplies, such as bandages and mobility aids, that patients use in the event of joint bleeding for difficulty of movement, such as crutches and wheelchairs.

“After the limited amounts of treatment run out of health centers, we began to think of alternative solutions. We contacted hemophilia patients from outside Syria to donate medication. In this way, we managed to provide 60 to 70 syringes per month,” said Ahmed al-Mustafa, a pharmacist at Aya charity pharmacy in Idlib (one of the few pharmacies providing hemophilia treatment).

“Nevertheless, the treatment is very limited in quantity and does not cover hemophilia cases in the region, especially for children,” al-Mustafa added.

Hemophilia patients with tumors, such as cancer and others, need the 8th clotting factor (VIII), an essential blood-clotting protein, also known as anti-hemophilic factor (AHF). In surgeries, a patient (who is not afflicted with hemophilia) needs 20 to 30 syringes of clotting factors concentrators during the operation to stop the bleeding. Therefore, the quantity received from abroad does not cover one-quarter of the required need.

Hemophilia treatment is dispensed in the pharmacy exclusively for emergency cases when the patient arrives at hospital bleeding.

Hematologists Ayham Jammo in Idlib said that hemophilia patients suffer from a shortage of medicine because hemophilia treatment is not available in hospitals or health centers. Instead, the medical facilities use fresh frozen plasma (FFP) as an alternative solution.

Plasma is the liquid part of the blood and lymphatic fluid. It is preserved and stored after a blood donation and contains antibodies and other proteins, known as coagulation (clotting) factors, which help control the bleeding.

Twenty-five-year-old Omran Mawas suffers from hemophilia along with his brothers Hassan, 27, and Mohammed, 23 years old. He lives in the Qatari camp for internally displaced people (IDPs) in Deir Hassan in Idlib. Omarn has calcification in his leg and left arm due to numerous bruises and internal bleeding, especially after he had an incident in 2018.

In 2018, medication was available in Aya charity pharmacy, but Mawas did not receive it because it ran out.

Although the three Mawas brothers have hemophilia, Omran’s request for walking aids, such as crutches or a wheelchair, was rejected for running out of quantity from hospitals and local facilities.

There are 907 hemophilia patients across Syria, of which 814 patients have severe hemophilia type A, and 93 patients have type B, according to the latest report of the World Federation of Hemophilia (WFH) in 2019.

Hemophilia has three main forms depending on the missing clotting factor:

Hemophilia A: Caused by the lack of blood clotting factor VIII (8). It is the most common type and affects males only as approximately 85 percent of hemophiliacs have type A disease. This type is called classical hemophilia, and its main symptoms include spontaneous bleeding without apparent cause or disease.

Hemophilia B: Caused by a shortage of blood clotting factor IX (9). 15 percent of hemophiliacs have this type of disease, whose symptoms include persistent bleeding caused by minor injuries.

Hemophilia C: a mild form of hemophilia affecting both sexes due to factor XI (11) deficiency and is very rare.

How is hemophilia treated?

When external bleeding occurs, the wounds are not stitched but pressed with a tourniquet, and cold compresses are applied to stop the bleeding. As for bleeding in joints, the patient is advised of absolute bed rest and not to move the affected joint. The patient is also recommended to apply ice on the joint and take pain medication.

Although there is currently no cure for hemophilia, effective treatments do exist. The bleeding disorder can be controlled using lifelong injections with clotting factor concentrators into a person’s vein.

Prophylaxis or preventive treatment of hemophilia can also be used by injecting a sick child every 48 hours with clotting factor medicine. Although this kind of treatment is more expensive than plasma therapy, it is useful to preserve joints and muscles in their normal condition so that no illness or disability can occur to the child.