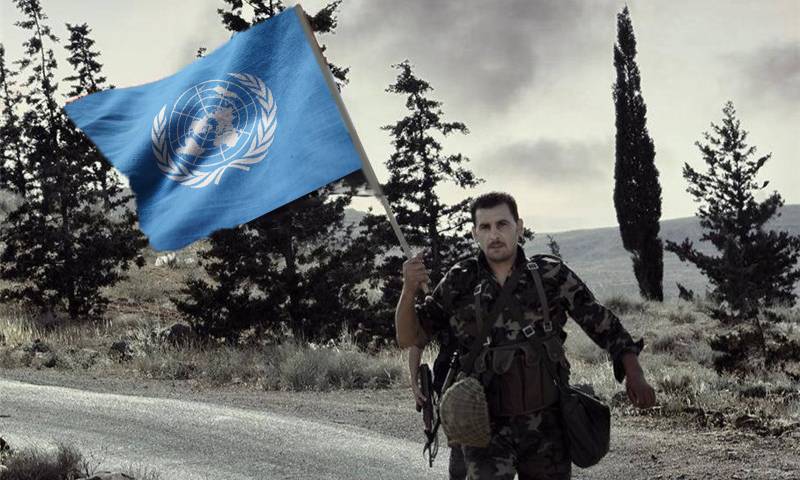 On 6 January, the World Health Organization (WHO), an agency of the United Nations (UN), used the U.S. sanctioned Cham Wings Airlines to transport 16 tons of medicines, supplies, and equipment from its warehouses in Dubai city, the UAE, to Benghazi, Libya.

These supplies would be used to support services in health care facilities, as well as strengthen the health response to the COVID19 pandemic, WHO Representative in Libya, Elizabeth Hoff, tweeted.

Ms. Elizabeth Hoff, the #WHO Representative in #Libya, said that the supplies would be used to support services in health care facilities as well as strengthen the health response to the #COVID19 pandemic. pic.twitter.com/LfHe7xT4cX

The U.S. Department of the Treasury’s Office of Foreign Assets Control (OFAC) designated Syria-based Cham Wings Airlines (Cham Wings) on 13 December 2016, for having materially assisted, sponsored, or provided financial, material, or technological support for, or goods or services in support of, the Government of Syria and Syrian Arab Airlines.

Cham Wings has cooperated with officials of the regime’s government to transport militants to Syria to fight on behalf of the regime and assisted the previously-designated Syrian Military Intelligence (SMI) in moving weapons and equipment for the regime, the OFAC stated.

“Cham Wings’s Damascus-to-Dubai flight was one of the main routes SMI used to launder money throughout the region.”

Owned by Shammout Group, Cham Wings was established in 2008 and recognized by the Government of Syria as a national airline operator in 2014.

In a statement, the Cham Wings administration denied the allegations on 13 January, saying it “ferried medical supplies to Libya that are meant to combat the COVID-19 crisis.” The flights, however, are particularly designated “to transport civilians, and Libya-based Syrian nationals . . . some are carried out for humanitarian purposes.”

Humanitarian assistance “with no regard to ethics”

As an international organization, the UN’s scope of activities is hinged on the purposes and principles articulated in its charter, most importantly establishing the rule of law in conflict and post-conflict societies.

The organization, based on its previous experiences, reaffirms the need to ensure a common basis in international norms and standards and to mobilize the necessary resources for sustainable investment in justice.

Nevertheless, the UN, represented by the WHO, adopts standards that demonstrate little to no regard to ethical considerations in dealings with entities or companies affiliated with the government of the Syrian regime, Mansour al-Omari, Syrian journalist and human rights defender, told Enab Baladi.

The only consideration that the WHO observes, as to engage in action with such companies or not, is that they should not be designated on the UN sanctions list even if the said companies are subjected to unilateral sanctions by other states.

“The options for air freight delivery into Libya are minimal, and in this case, the WHO medical cargo was transported by the air carrier Cham Wings, which is not subject to United Nations sanctions,” WHO officials responded to an inquiry from Enab Baladi.

The medical cargo logistics were handled by the World Food Programme (WFP), which sought to find air carriers best suited to transport these supplies, the WHO said. Recruiting these companies “is completely in line with the UN charters, and they are used to ensure that supplies are delivered to everyone . . . UN-designated carriers were not used.”

Al-Omari posed the following question, why did not the WHO use any Libyan air carrier to transport the medical cargo? Why did it particularly choose a company that is “involved in war crimes in Syria and adjacent countries?”

“Engaging in business with a for-profit company that is complicit in war crimes and paying it money is a big ethical scandal, which appears to have a criminal dimension to it,” al-Omari said. Transactions of this kind are “a blatant violation of the UN charter,” which obliges the organization to realize its objectives through unquestionable choices that align with written human rights and UN charters.

Appropriate methods must be sought to press the UN into adhering to its own principles, al-Omari said. One such method is to investigate the Cham Wings’ potential role in “war crimes” in Syria and neighboring countries, as to bring it to account.

Syrian rights organizations and their international partners should also investigate into companies with which the UN has business ties to hold these companies criminally liable and prevent the UN from contributing to financing “war crimes” in Syria.

The UN’s regular collaboration with the Cham Wings company indicates that there is a “business and agreement” between the two, Director of the Syria Justice and Accountability Centre (SJAC), Mohammad al-Abdallah, said.

This has manifested in the latest medical cargo. The shipment is not actually relevant to Syria, as a state or people; it was rather transported from the UAE to Libya to shore up the healthcare system there. Accordingly, al-Abdallah said, there are no grounds for using a Syrian air carrier, sanctioned for committing human rights violations, for purposes of a humanitarian and medical nature that are meant for another country, however.

The U.S. sanctions are unilateral and are unbinding for the UN or its affiliated agencies. The WHO is committed to implementing sanctions imposed by the UN only, and thus it did not breach any laws upon dealing with the Cham Wings Company, al-Abdallah said. “But still, the agency’s engagement with the company gives rise to a massive ethical problem.”

Individuals and entities are sanctioned for assisting the Syrian regime directly, which is classified by the U.S. as “barbaric and related to human rights violations,” including those established by rules and provisions of the Humanitarian Law.

The recurrent cooperation between the UN and these companies’ material or human resources “has a negative impact on the UN’s work in Syria,” al-Abdallah added.

The UN has granted contracts worth tens of millions of dollars to people closely associated with the Syrian president, Bashar al-Assad, as part of an aid programme, which are presumably intended for internally displaced beneficiaries in Syria, UK-based The Guardian reported in a 2016 investigation.

“Hundreds of contracts [the UN] has awarded since the operation began in 2011,” by which various services should have been provided to Syrians, The Guardian reported further.

“The UN has paid more than $13m to the Syrian government to boost farming and agriculture,” despite the EU ban on trade with the said departments for fear of using the money for conflict-related ends.

The UN has paid at least $4m to the state-owned fuel supplier, which is also on the EU sanctions list, while the WHO “has spent more than $5m to support Syria’s national blood bank,” which is run by al-Assad’s defense department.

The Four Seasons hotel is deemed the safest place for UN personnel to stay in the Syrian capital, the investigation highlighted, one-third owned by Syria’s ministry of tourism, a department outlawed under EU sanctions. “UN agencies paid $9,296,325.59 to the hotel in 2014-15.”