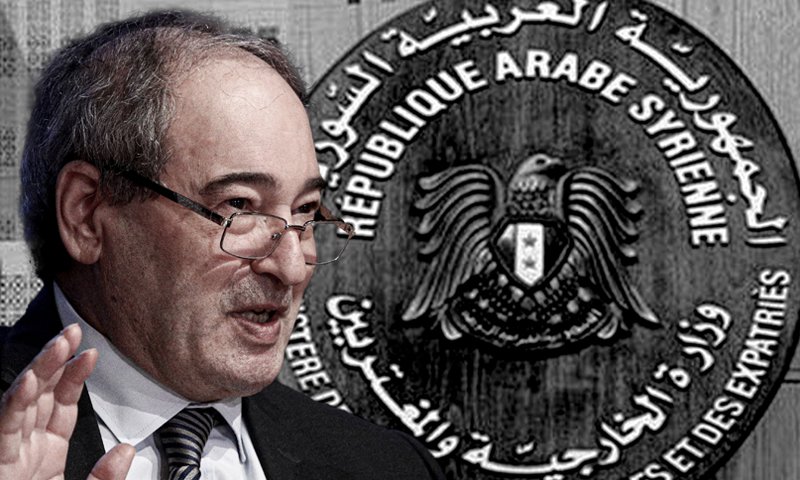 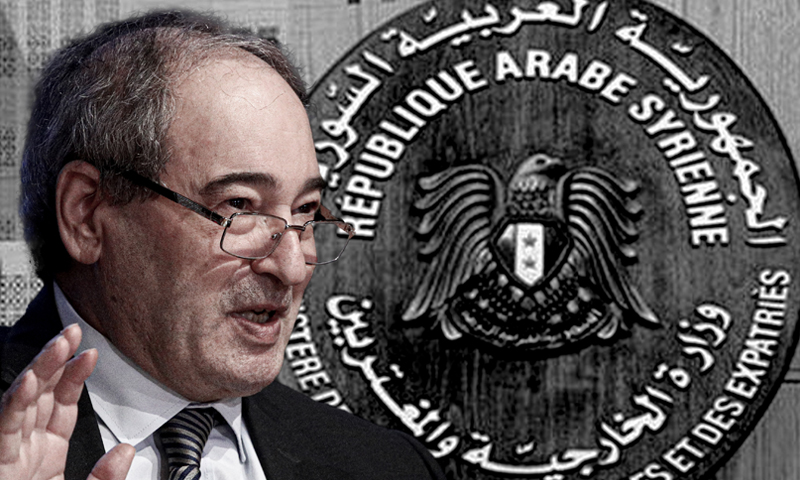 Faisal Mikdad entered the Syrian Ministry of Foreign Affairs and Expatriates, carrying with him the President of the Syrian regime’s directives, Bashar al-Assad. Al-Assad’s directives focus on “the vital role of the Ministry of Foreign Affairs and Expatriates. The ministry has been confronting the political and diplomatic war, refuting the disinformation campaigns that Syria is subjected to, strengthening relations with friendly and allied countries, and opening up new horizons for expanding bonds of cooperation with them in various fields.”

Mikdad held the portfolio of the Ministry of Foreign Affairs and Expatriates on 26 November 2020. He took the constitutional oath in front of al-Assad, succeeding Walid Muallem, who died after 15 years of serving as the Syrian government’s foreign minister.

Mikdad was not too late to implement al-Assad’s directives. He started carrying out his tasks on 28 November 2020, with a meeting with the Iranian Ambassador to Syria, Jawad Turk Abadi.

Mikdad issued a statement on the same day about racist incidents against Syrian refugees in the town of Bsharri in Lebanon.

In a short period, not exceeding a month and a half, the Syrian Ministry of Foreign Affairs issued ten statements on separate issues, while Mikdad made two foreign visits to two countries allied to the Syrian regime (Iran and Russia). This opened the door to analyzing the Ministry of Foreign Affairs’ performances after Mikdad received the initiative and the role it seeks to prove.

Danny al-Baaj, a former Syrian diplomat and a Senior Fellow at the Omran Centre for Strategic Studies, believes that Mikdad wants to give the impression that he is “on the top” of his job at the ministry and that he can make “changes and activities” upon assuming his new post.

Al-Baaj added to Enab Baladi that in this context comes the “symbolism” of the signing of the international agreement with Russia on a pledge not to be among the first to weaponize the Outer Space. It is a “matter that is not of little international importance,”al-Baaj stressed. Mikdad says that he signed an agreement on his first visit to Russia to deliver a message: “I am active. I will revitalize the work of the Ministry of Foreign Affairs and Expatriates.”

On 18 December 2020, during his visit to Russia, Mikdad signed a joint statement in which Russia and Syria pledged not to be the first to deploy weapons in orbit, and the Outer Space, state news agency SANA reported.

What is the goal of issuing frequent statements?

The Ministry of Foreign Affairs and Expatriates issued ten statements on separate topics between 28 November 2020 and 7 January 2021, as Enab Baladi monitored.

Countries usually use press releases to convey messages about specific issues or events. A press release is a tool used to reflect the official position. It includes the statements of government officials, press conferences, or interviews. It is also considered as a “circulation of information and decisions” for officials about the state’s position on an issue.

Press releases are generally important because they demonstrate the state’s official position. In fact, this occurs when that state is “an active actor in international relations.” Nevertheless, Syria “is no longer effective and no longer has a vital role,” according to former diplomat Danny al-Baaj.

Al-Baaj believes that the statements issued by the Syrian Ministry of Foreign Affairs and Expatriates “do not add anything.”

They do not announce new positions. Furthermore, the expressions of “condemnation, disapproval, etc.” are repeated. Therefore, they are nothing more than “an indication of the presence of dynamism and movement in the ministry,” according to the former diplomat. 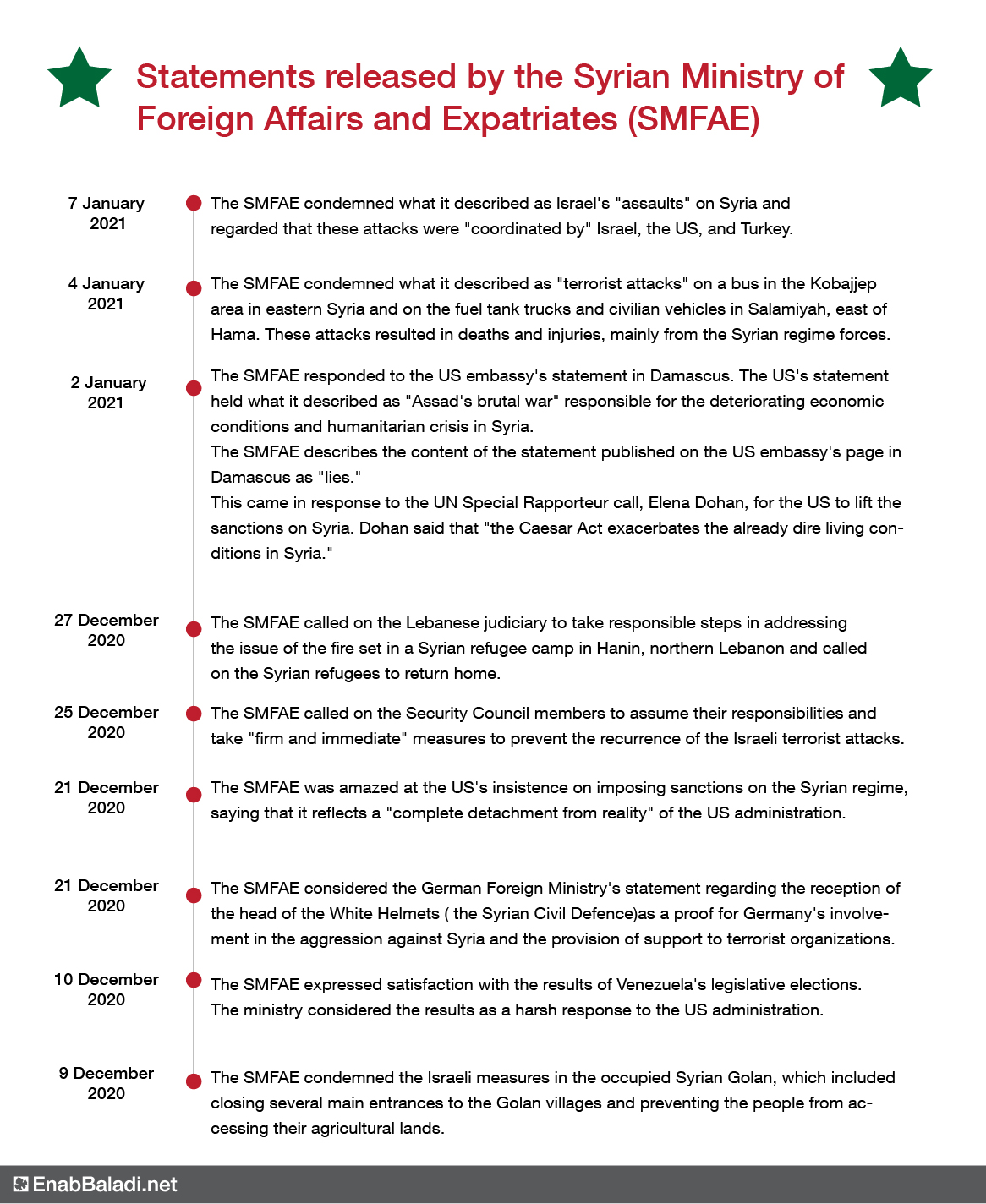 The Syrian Foreign Minister, Faisal Mikdad, heads a team that is considered a “multi-relations expert” in the diplomatic domain, according to former diplomat Danny al-Baaj.

Previously, the former foreign minister, Walid Muallem, worked on bilateral relations (state to state), while the deputy minister, Faisal Mikdad, supervised the multiple ties. One of his “most important roles was to oversee the work of the Syrian missions in the UN and their work mechanism.”

Mikdad was the head of the permanent delegation in New York and worked on multilateral diplomacy with international and regional organizations.

Syrian ambassador to Vienna Bassam al-Sabbagh was appointed as Syria’s permanent representative at the UN in New York.

Ayman Soussan, Syria’s ambassador in Brussels, was appointed as the Assistant Foreign and Expatriates Minister. Finally, Hussam al-Din Ala, the previous director of Mikdad’s office, was assigned as Syria’s permanent envoy to the UN in Geneva. In fact, all of them are “multi-relationship experts.”

Al-Baaj believes that “the solid expertise and strength of this team” lies in working on multiple relationships, meaning working within the UN’s provided spaces of negotiation.

The former diplomat expressed “concern” that the Syrian regime would start to gain diplomacy points at the expense of the Syrian opposition, which is “technically vehement” at work with the UN.