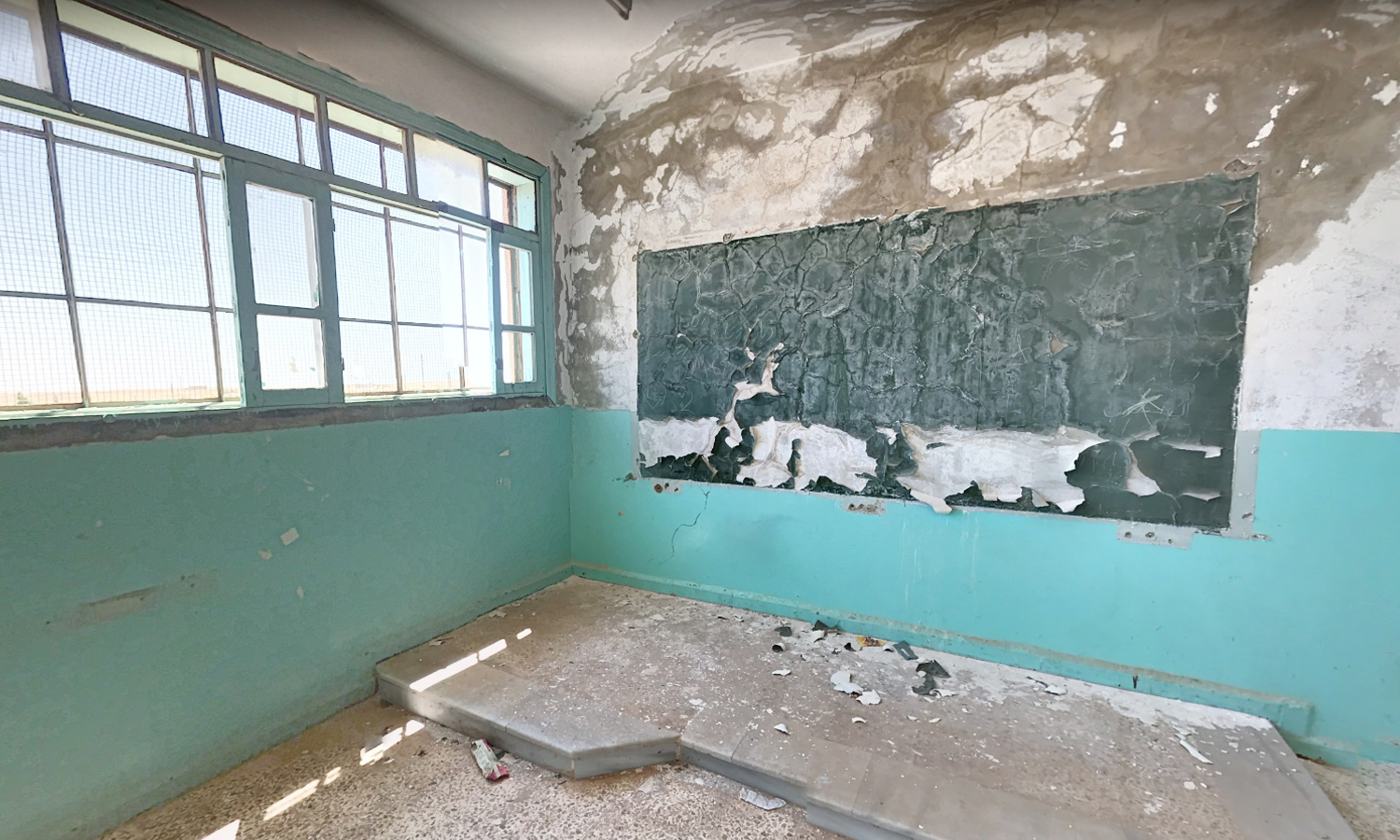 Students are wavering between numerous curricula offered by Raqqa schools. This is because the Civil Council’s Education Committee has not yet managed to establish one unified curriculum.

The three curricula taught to children of Raqqa are as follows: The curriculum of the Syrian regime’s Ministry of Education, the “self-learning” curriculum issued by the United Nations Children’s Fund (UNICEF), and the Autonomous Administration of North and East Syria (NES) curriculum, which has been adopted in the areas controlled by the Syrian Democratic Forces (SDF).

The NES curriculum, which was presented earlier this year, has sparked controversy in the eastern Euphrates regions. It addresses some issues from a perspective that revives tension and anger among the residents of Raqqa; the residents of Raqqa consider the curriculum offensive to both the Arabic and Islamic cultures because it has some topics related to jineology (the science of women) advocated by Kurdish parties. The topic is exclusively concerned with women and their role in achieving gender equality.

One of the NES-linked books taught in the preparatory cycle has a map of the “State of Kurdistan,” which included parts of Syria. This nationalist orientation disturbed some Arabs and social groups in the east of the Euphrates. Therefore, some teachers rejected it.

Therefore, children are unable to understand the curriculum well due to the complexity of the subjects; the first-grade curriculum includes subjects such as subtraction in mathematics and English letters.

According to al-Tafayil, the Syrian regime’s Ministry of Education curriculum is more appropriate because the NES curriculum is still experimental. In addition to that, most students have a “serious lack” of textbooks. This, in turn, negatively impacts students’ academic performance.

Abdul Azim al-Jassim, a teacher at al-Kasrat Village School, believes that the curriculum prepared for “crises” is more suitable for children than the NES and the Syrian government curricula. The UNICEF curriculum has content that is easy for students to learn; it has only four subjects: mathematics, science, Arabic, and English.

UNICEF, in fact, does not have “Islamic Education,” al-Jassim highlighted.

As a result, teachers are forced to use the Syrian regime’s curriculum, which has been adopted by all regions of Raqqa for students earning basic education certificates.

According to teacher Jamal al-Tafayil, students encounter changes in the curriculum every year due to the adoption of the Syrian regime’s curriculum of basic education in the ninth grade, regardless of the curriculum followed by students before that.

Despite the overlap of regions that adopt different educational curricula, which sometimes vary within the same city or from one school to another, most teachers try to give the basics of the Arabic language, mathematics, history, and foreign languages, according to al-Tafayil.

Even though there are many sources of school textbooks (curriculum materials) in Raqqa, a large number of students have not yet received their books, as teachers stressed.

Moreover, the school has been interrupted successively in the region this year due to restriction measures imposed to contain the spread of the novel coronavirus,

The municipalities resort to clean and disinfect schools when they are empty of their students.

Jamal al-Tafayil, a primary school teacher, added that teachers cannot discuss the unification of curricula with the Education Committee, which “makes endless excuses,” the first of which is “the NES’s poor financial capabilities.” However, he indicated that the situation has somewhat improved from last year in terms of textbook distribution, the increasing number of teachers, and the opening of schools that were under construction.

The Raqqa Civil Council’s Education Committee issued a report on different media websites on the third anniversary of the SDF’s capture of Raqqa, the Islamic State capital (IS). The report pointed out that students now flock to 394 schools, 90 of which have been completely renovated, while 201 schools have been partially renovated.

Nearly 119,000 students have had access to education in the current academic year. Plus, the number of male and female teachers who belong to the “Education Committee” has reached 4,727 across the city’s schools and its countryside.

Search for recognition and stability

The unification of the curricula and the educational process’s recognition are among the demands of the NES, which has held several discussions on the issue regarding. Recently, the Syrian Democratic Council, the political wing of the SDF, organized the National Dialogue Conference between the people of the al-Jazira and Euphrates region on 25 November in al-Hasakeha, intending to reach a unified vision of many issues in the region.

In a meeting with Ronahi TV on 3 December, the SDF Commander-in-Chief, Mazloum Abdi, said that the “difficult” war conditions have created problems in the educational curricula, which “lacked process.”

Mazloum Abdi pointed out that students and families face the problem of “ the necessity for official recognition of the education system,” adding that there are certain committees associated with the NES working on the issue and communicating with the relevant institutions of the United Nations and the Syrian government.

On the other hand, Musab al-Atar, a student’s parent and a food merchant, voiced to Enab Baladi his opinion on what his children study in schools, saying that it is important to unify educational curricula while easing political tensions among children and keeping them away from political and intellectual differences.

Al-Atar, who is 40 years old, pointed out that the Syrian people, especially children, were being used as a tool in the “Baathist and Nationalist” gatherings that brought nothing but destruction and displacement, while those in charge of the educational process did not devote enough efforts to qualifying and preparing teachers as necessary.

The head of the Education Committee, Ragab al-Musharraf, said in an interview with Asharq al-Awsat on 28 September that school cadres underwent professional training courses to teach international curricula. He stressed that the “NES” curriculum allowed teaching the languages of Kurdish, Arabic, and Syriac, which will remain available in schools.

Enab Baladi was unable to interview with officials in the “Education Committee of the Raqqa Civil Council” due to their refusal.

One of the committee members whom Enab Baladi contacted considered the multiplicity of curricula a stage that will be eliminated in the near future. He added that the NES has the right to expect the educational process’s independence in its control areas.

Several parties have controlled the city of Raqqa during the years of the war. These parties have imposed their different orientations and laws on the population. In the beginning, Raqqa was under the rule of the Syrian regime. Then, it fell under the control of the opposition and Islamic factions in 2013. At the end of the same year, the IS established its control over Raqqa; then, the United States-led coalition and the SDF drove IS from its onetime capital Raqqa. At present, Raqqa is under an “administration” that is still trying to master self-rule.