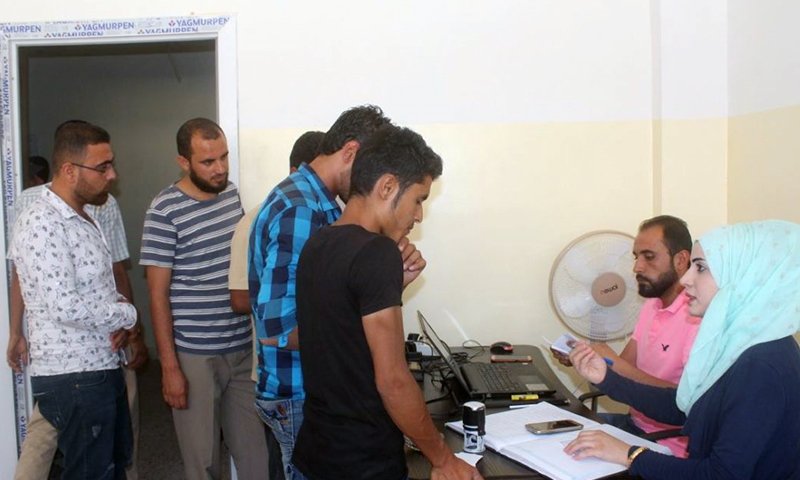 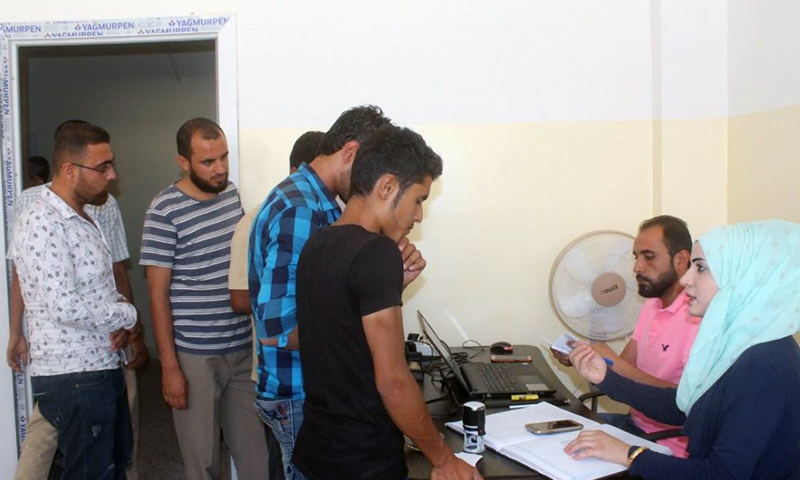 Fadel, a graduate of the Intermediate Institute for Business Administration, is still waiting for the job opportunity he was promised two years ago by the Employment Office in Raqqa province.

“The office obliged me to register my name, but nothing came out of it so far,” he told Enab Baladi.

In mid-December, the Employment Office summoned all young men who applied for jobs in 2018, including Fadel Mustafa, 30 years old.  The young men were to provide the office with identity documents (ID); biometric photos, and a document proving they are unemployed.

“I hope to get a job after all this time,” Fadel said.

Fadel was not idle as he waited for the office to call him. He tried several jobs, working for a clothing shop and a photography studio. However, this was not what he searched for. “A job means stability. This is what I am looking for.”

The young men who filed applications in 2018 were asked to show up at the office for a “regular audit of IDs and the diplomas they have,” an employee of the office told Enab Baladi, demanding that his name be withheld since he does not have permission to speak to media.  Several of these applicants will be recruited by the civil departments of the Raqqa Civil Council.

An estimated 10,000 applicants have registered with the office in 2018. The office has provided over 2,500 applicants with job opportunities at relief and humanitarian organizations and associations in Raqqa, the employee added.

The recruitment prerequisites include registration with the office and getting a serial number.

A group of the applicants was employed by the security and military directorates of the Syrian Democratic Forces (SDF), in control of Raqqa, the employee added.

With the said audit, the office seeks to identify the actual number of applicants in order to meet their demands in the future.

“It is because of favoritism and preferential treatment,” said Ahmad al-Darwish, 30 years old and graduate of the Banking Institute in 2016, that he was unable to get a job two years after he registered with the office.

Such treatment has deprived him of his right to employment, he said.

“I was offered a job as an overseer of the irrigation networks without any preferential treatment,” Khalid al-Khuder, 28 years old, said. However, “I waited for a long time before I got it.”

He applied to the office in 2018 and was recruited in early December. He was hired for his current job based on the elementary school certificate he holds after he switched jobs in the past two years. He picked up some farming jobs and operated a tractor once, in addition to other professions.

The office employee denounced the accusation that their mechanisms of recruitment are based on preferential treatment. Some of the applicants were offered opportunities; others simply were not, he said.

On 25 November, the Syrian Democratic Council (SDC) held the “National Conference of Al-Jazeera and the Euphrates People” in the city of al-Hasakah, during which the Autonomous Administration of North and East Syria pledged to carry out “administrative reform” pertaining to its structure; to fight corruption; and to provide more job opportunities for young people,  seeking to attract people with experience and university graduates to work for it.

Responding to the corruption accusations, laid against the majority of its departments, and the ensuing protests held by people in demand of a solution, the Autonomous Administration founded the Public Oversight Service last October.

On June 18, the Autonomous Administration ordered a salary raise of 15 percent for employees across its operational sectors to improve their living conditions after the Syrian pound registered its lowest exchange rate against the US dollar, which amounted to 3000 SYPs, a factor that contributed to the rise in the prices of food and basic needs.

“In the past three years, the office managed to provide 12,700 people with jobs, out of 25,000 applicants,” the office stated in a report issued on October 17, which corresponds to the third anniversary of retaking Raqqa from the Islamic State (IS).