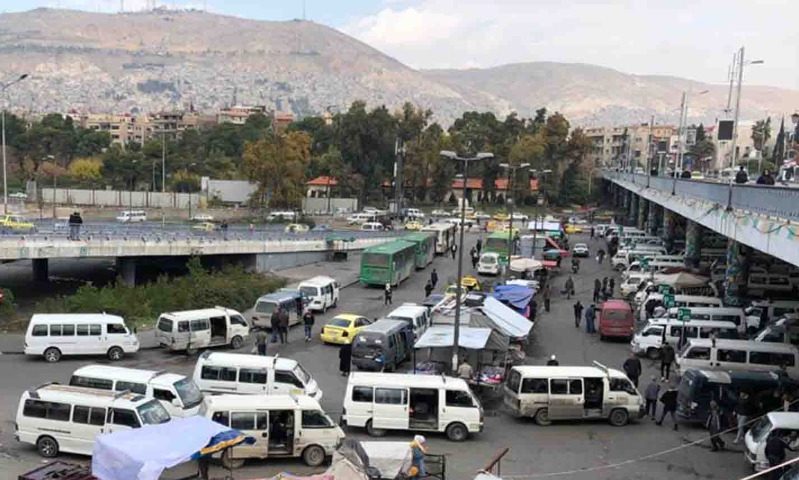 Syria’s General Foreign Trade Organization (GFTO) has announced that it will hold an auction to sell about 500 used vehicles of different types and brands.

The GFTO stated that the auction will be held between 20 December 2020 and 7 January 2021 in various places, namely: the Damascus Fairgrounds, the parking lots of Dahadil and Darayya in the southern ring road, the General Sports Federation in al-Fayhaa, and the old al-Kiswah road in Sahnaya district.

According to the GFTO, these locations are designated to help clients perform used car inspections and gather information on the car’s current conditions before buying. The auction will take place in the closed al-Jalaa Sports Stadium on the Mazzeh highway.

The GFTO published several tables showing the vehicle’s manufacturing country, model, and date of manufacture on its Facebook page.

Nevertheless, the GFTO did not publish any additional details about who owns the vehicles or the reasons behind the auction’s announcement.

Enab Baladi has contacted the head of the Free Syrian Lawyers organization, lawyer Ghazwan Koronfol, who said that the regime’s government did not release any information about the vehicles’ source and has ignored mentioning the reasons for selling them.

Koronfol pointed out that there are many possible reasons for putting the vehicles up for sale at the auction: they might be owned by government departments that want to sell them or seized cars that originally entered Syria for touristic purposes or were abandoned by their owners.

Koronfol did not rule out the possibility that the vehicles may be illegally smuggled into Syria and confiscated. He noted that all the possibilities mentioned above give a legal justification to the regime’s government to hold the automobile auction.

Auctions’ benefits to the government

Economic researcher Khaled Turkawi clarified the fundamental purpose of holding an auction. He said it is an event used by governments and major institutions to ensure transparency in public procurement. If the bidding process includes buying for the lowest price, it is called a tender, but if it aims for selling at the highest price, then it becomes an auction. The main aim of an auction is to achieve equal opportunities for all parties, Turkawi added.

Turkawi told Enab Baladi that the goods offered for sale through such auctions are usually either expired used goods, such as old cars or are government surplus, left after the merging or abolition of state departments.

The main purpose of auctions is not usually money or profits, but this may be a sub-profit, Turkawi added.

The General Director of the GFTO, Shadi Jawhara, expected that the public auto auction will provide the automotive interior market with a variety of vehicles.

On 14 November, the pro-government al-Watan newspaper said that car prices in Syria had increased significantly.

The Director of Internal Trade and Consumer Protection in Tartous, Hassan Hussam al-Din, explained that the higher prices of new vehicles are related to the Syrian pound’s exchange rate against the US dollar, issued in periodic bulletins by the Central Bank of Syria (CBS). From 2019 to today, the Central Bank has changed the exchange rate from 436 to 1,256 Syrian pounds per 1 USD.