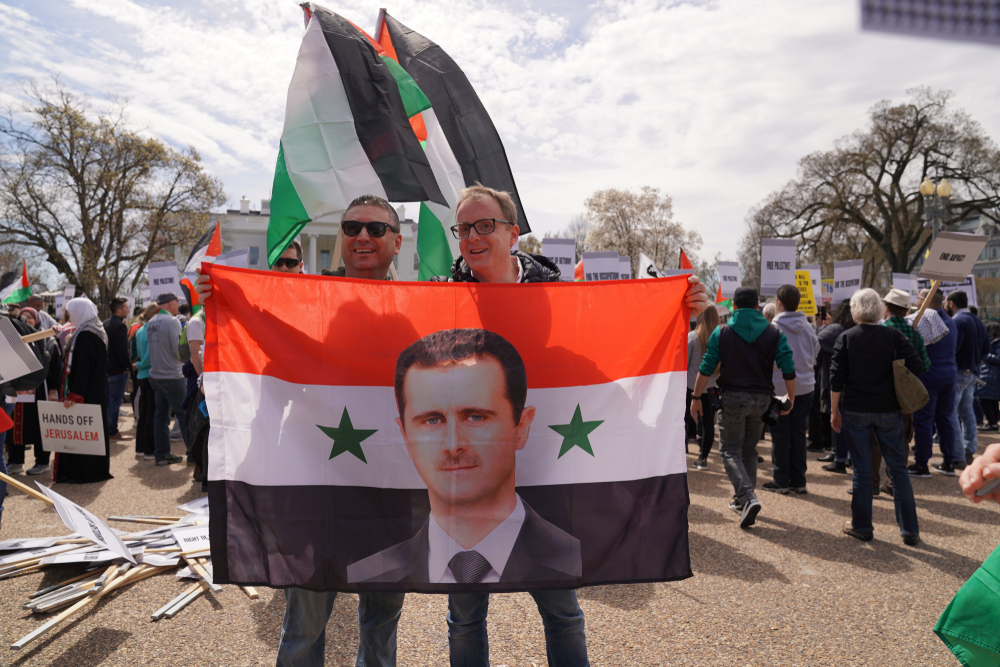 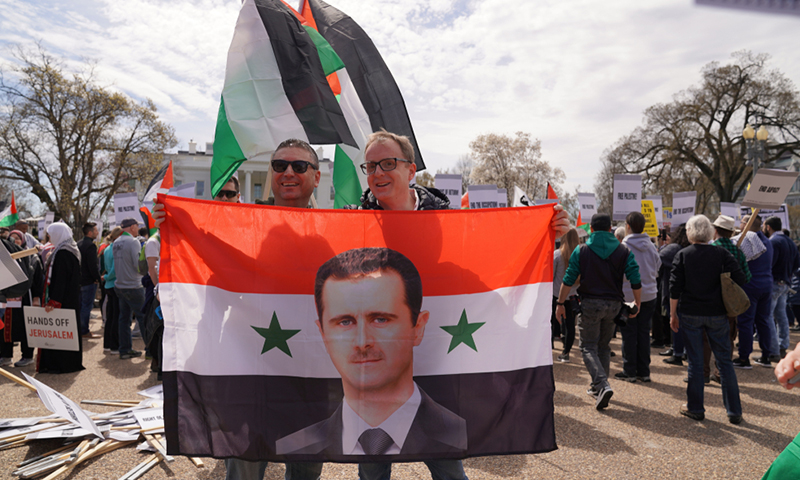 The head of the Syrian regime, Bashar al-Assad, has taken several measures ahead of the 2021 presidential elections. With these measures, al-Assad seeks to consolidate his rule, particularly if elections are to be held under international controls.

In the past weeks, Syrian regime officials, chiefly the Minister of Foreign Affairs, Faisal Mekdad, and al-Assad’s advisor, Bouthaina Shaaban, stated that elections will be conducted on time, namely between April 16 and May 16, 2021, in line with the election law.

The most prominent of al-Assad’s moves targeted the media sector, including several reappointments. Luna al-Shibl, former head of the presidential media office, is appointed as al-Assad’s special advisor.

Al-Assad held a meeting with the newly assigned media managers to convey a message that their relationship with him is immediate and that no one is entitled to interfere with their work, Abdulnour added.

Among these directors is Amjad Issa, a former employee at the media office of the Republican Palace and the regime’s delegate to several rounds of the Geneva talks. Issa is assigned the director of al-Wahda Foundation for Press, Printing and Publishing.

Additional media appointments included Muhammad Ali Zahra, who became the director of programs in the General Organization of Radio and Television. Zahra is to produce programs to promote for al-Assad’s electoral campaign and attract the people who have been on the political fence for the past nine years.

The most prominent assignment, however, remains that of Muddar Ibrahim as an advisor to the Minister of Information for Media Studies, Abdulnour said.

This position does not exist, but it has been faked by al-Assad to keep tabs on media aimed at international audiences and to start relations with foreign journalists.

Within the same scope, al-Assad assigned Asma, his wife, a political role. Asma has recently met with the Russian Presidential Commissioner for Children’s Rights, Anna Kuznetsova, in the presence of Syrian and Russian officials.

Soft power was also applied to Syrian drama. For instance, in an article published in CNN Arabic on November 16, the Syrian actor Taim Hasan attributed the deterioration of the Syrian drama production in recent years to the war. Abdulnour considers the article a political message blaming hardliner armed opposition for the poor status of the Syrian drama.

Within talks addressing reconstruction and the return of refugees, the Syrian regime held a Russia-backed conference on refugees’ return in early November and made statements expressing resentment over the Western disinterest in the issue of reconstruction in Syria.

The conference was held despite the dilapidated economic conditions in Syria, with poverty rates breaking records, and was an attempt to popularize the regime, according to political researchers.

The Syrian regime is not prepared to return refugees and is in fact comfortable with the current state of affairs after it forced millions of Syrians out of their homeland, Nasser al-Yousef, a Syrian media professor and political researcher, told Enab Baladi.

This reading into the situation reinforces the premise that the regime had held the conference to deliver a message to the West that it brought Syria back to its past state and is ready to take refugees back. The message itself is meant to advocate for Bashar al-Assad as a suitable president for Syria in the upcoming political phase.

For the first time last November, the Syrian Ministry of Foreign Affairs demanded the protection of Lebanon-based Syrian refugees and that the incidents in Bsharri town be not exploited to abuse Syrians there. The town witnessed hostilities against Syrians, forcing many of them to leave their homes, as a Syrian citizen murdered a Lebanese man following a personal dispute.

Within the refugees return context, the government of the Syrian regime issued a circular on November 26, requesting ministries to set up a list of needed 2021 emergency projects related to the reconstruction efforts, knowing that the United Nations (UN) has estimated the rebuilding costs with nearly 400 billion USD.

The list defines the emergency response projects to be initiated by concerned ministries, withing the central administration, or other administrative governing bodies, the local al-Watan newspaper reported. Moscow is backing these measures, against Europe and the U.S. that refuse any similar initiatives as long as a political transfer is not achieved and the UN resolution no. 2254 is not enforced.

Sensed only through media leaked snippets in 2019, the rift between al-Assad and his cousin Rami Makhlouf in 2020 left the family borders, grew open, and confrontational.

The government of the Syrian regime seized Makhlouf’s companies, most notably Syriatel and Cham Holding, and put them into the hands of receivers.

The government also stripped Macklouf of all his free-market investments and seized his and his family’s movable and immovable assets in early 2020.

Makhlouf, for his part, took to Facebook and repeatedly threatened to escalate the conflict and make things difficult for the regime. “Mark my words, should they insist on supporting the oppressor against the oppressed, divine powers will interfere to stop this farce and shake the ground beneath the tyrants,” he said last June.

Al-Assad also alluded to the crisis with Makhlouf. “We continue to recover the stolen public money with legal means and departments. No partiality would be shown towards those who consider themselves as above the law,” al-Assad said in a speech delivered before the People’s Assembly last August.

In early December, al-Assad also dismissed the governor of Damascus countryside, Alaa Ibrahim, and the Ministry of Finance placed his and his family’s assets under cautionary seizure, although he is related to al-Assad. Ibrahim is the husband of al-Assad’s cousin Reem Najib, who is the sister of Atef Najib, the famous chief of the political security department. Reem and Atif’s mother, Fatima Makhlouf, is Anisa Makhlouf’s younger sister.

The dismissed governor sparked controversy several times during his term, particularly on November 11. Commenting on the refugees’ conference, Ibrahim stated that refugees can be resettled in camps, should current economic sanctions against Syria be lifted.

Is too early to talk elections?

It is rather premature to address al-Assad’s electoral campaign, former Minister of Culture, Riyad Naasan Agha, told Enab Baladi. “Such important moves are due to take place in March,” he said.

“The Ba’ath Party used to arrange for the elections in the form of a referendum, for there was a single candidate the whole time,” Agha said, explaining the Syrian regime’s pre-electoral strategies.

On December 19, Asharq al-Awsat newspaper described the upcoming presidential elections in Syria as an arena for an “early silent battle” between Moscow and its allies on the one hand, and Washington and its partners on the other, particularly because they are the first elections after the Russian military intervention in Syria, and given the large-scale changes on the ground; the stable demarcation of the three areas of control for nearly a year; the deep economic turmoil; Western economic sanctions; and the regime’s diplomatic and political isolation. Above all, the elections are decisive since they will be held during the first months of the U.S. President’s, Joe Biden, term.

Asharq al-Awsat also quoted the terms of a non-binding document by France, which sets up the standards for the elections. The document states that: “Should the elections be free, transparent and neutral, and should they be held in a safe environment whereby all segments of Syrian society, including refugees abroad, take part without impediment, then the upcoming polls can effectively and truly cement stable legitimate institutions in the country.” These institutions are an “integral part of the broader political process in line with resolution 2254.” The elections can also be part of the permanent settlement for the conflict.

“The omission of any of these conditions is an opportunity for the Assad regime to restore its false legitimacy in the post-conflict phase and deter refugees abroad from even thinking about returning home,” the newspaper added.

On December 24, the head of the Syrian National Coalition, Naser al-Hariri, called on Syrians to prepare for the electoral process in Syria. “The solution in Syria is exclusively political. The opposition should prepare staffs capable of managing the electoral process should a political agreement be reached.”

The Syrian coalition will not participate in any electoral process alongside the regime of Bashar al-Assad, and it repealed the recent resolution laying the foundation for an Electoral Commission, al-Hariri said in a press interview in Istanbul.

In an interview with Anadolu Agency, on December 23, al-Hariri also called on countries that advocate for a political solution in Syria not to recognize the upcoming presidential elections, politically or legally.

Regarding the foundations of a political solution amidst the existing controversy, al-Hariri said, “transitional governance is the cornerstone on which the political process in Syria should be based. Even with a draft constitution, in the absence of transitional governance and under the existing regime, millions of refugees will not be able to return, and terrorism cannot be combated.”