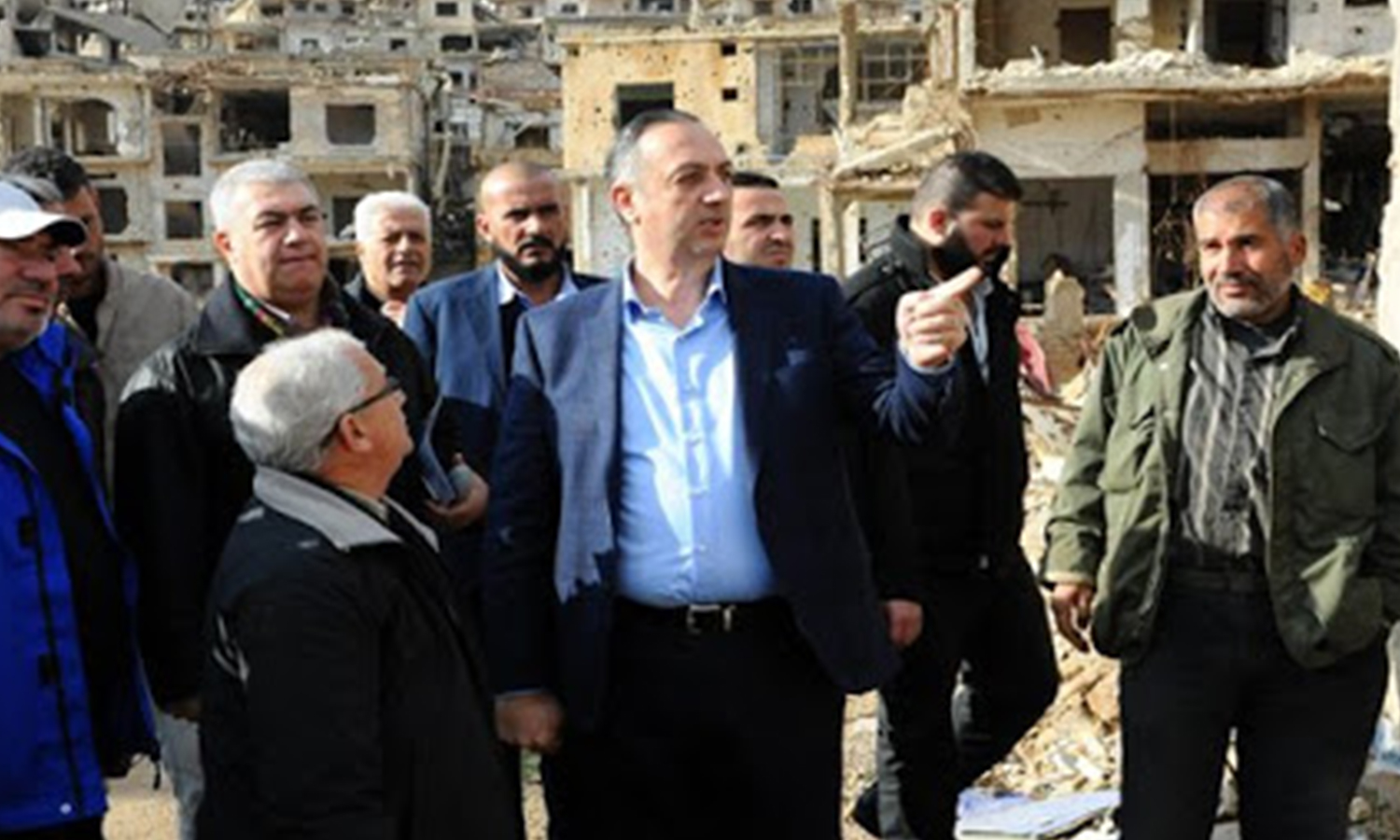 The governor of Rif Dimashq governorate Alaa Ibrahim has said that the “housing centers” established by the Syrian regime government on the outskirts of the Syrian capital Damascus since the beginning of battels “would be provided with all types of services.”

“The governorate is working on securing services to the housing centers that have given shelter to thousands of displaced people from different areas in Rif Dimashq, including the Harjalah housing center, Ibrahim told the government “Thawra Online” website on 12 November.

On a field tour of the governor at Harjalah housing center on 12 November, Ibrahim pointed out that “the housing center had been fully maintained, and work is underway to make the center a residential suburb that is serviced by infrastructure and services, such as schools, medical points, and others.”

The Rif Dimashq governor’s statement coincided with a conference on Syrian refugees’ return in Damascus and after a statement to “Syrian Days” online news website on 11 November.

In the statement, Ibrahim said that “Syrian refugees could be welcomed back into housing centers, including the temporary housing units of Harjalah and Adra.”

Ibrahim pointed out that Syrian refugees wishing to return to Syria will not go back to their areas directly, as the governorate has several housing centers used before as camps for those who left the “settlement” areas in Damascus and its countryside in al-Harjalah and Adra areas.

The governor said that these housing centers would receive a number of returnees until the governorate completely finishes the infrastructure rehabilitation in their regions.

The conference, sponsored and organized by Russia, started on 11 November in Damascus, amid the absence of countries hosting the largest numbers of Syrian refugees.

The conference was also attended by countries that have no influence on the Syrian file and have nothing to do with the refugee issue, including Nigeria, Cuba, Kyrgyzstan, Argentina, Sri Lanka, Abkhazia, Colombia, and Algeria.

The Russian Defense Ministry called for a “conference for Syrian refugees” held under Russian auspices for the first time on 5 September 2018. Back then, Russia described the conference as a “historic event” and stressed the need for the participation of the concerned countries and the United Nations (UN) in it.

The Syrian regime’s government, under Russian supervision, established what it called “housing centers,” including Harjalah and Adra, in the outskirts of Damascus city to receive displaced persons from the Eastern Ghouta region; however, the centers were turned into “detention centers,” and hundreds of families remained waiting for their beloved ones to be released.

Earlier, Enab Baladi spoke to sources who denied the regime government’s good treatment the official media outlets talked about at the beginning of the citizens’ displacement movement.

The sources mentioned that the “detainees” at these centers were assigned with tasks such as forced labor and cleaning.

The number of displaced people in these centers from the Eastern Ghouta was over 120,000 persons, according to the executive office in Rif Dimashq governorate, on 10 April 2018, to the government newspaper Al-Watan.

At the end of April of the same year, the governor of Rif Dimashq said that the number of people in “housing centers” had reached 42,000 persons because of the residents’ return to their regions.