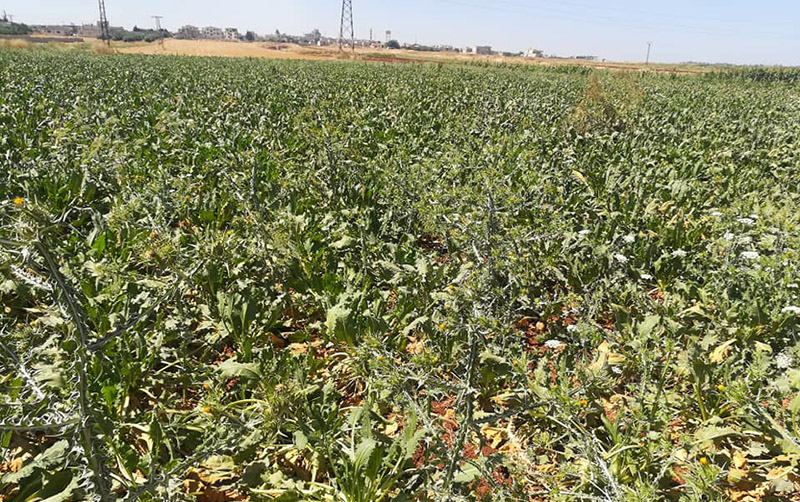 The “Asset Management Committee” of the Head of the Military and Security Commission in Hama governorate has announced an auction to ensure the investment of olive groves or uncultivated lands for one season (2020) in Mhardeh area. These lands are owned by people residing in areas under the control of the Syrian opposition factions.

The auction will be held to invest the lands in the Mhardeh area, including the towns of Kafr Hood, Kafr Zita, al-Sayyad, al-Arbaeen, al-Hamamyat, al-Zaka, Halfaya, Tal Malah, al-Jalmah, al-Shaykh Hadid, al-Safsafiyah, al-Tremseh, Shaizar, Jdeiydeh, al-Jabeen, Majdal, and al-Zalakiyat in the cultural center of Mhardeh city on 19 October, according to what was published by the official “Facebook” page of the “Peasant’s Union of Hama Governorate” on 14 October.

On 21 July, the same committee announced an auction for the investment of pistachio farmlands owned by people residing in areas held by the Syrian opposition factions in the Syrian north.

The committee stipulated the conditions for citizens applying to the auction for the investment of one agricultural season in the cities and towns of Mhardeh, al-Lataminah, Latmin, Kafr Zita, and al-Zaka north-western Hama city.

The committee also stated that accepted applicants must not be members of the executive offices of the province’s local administration, convicted of a felony or an offense, or have inflicted previous damage to lands.