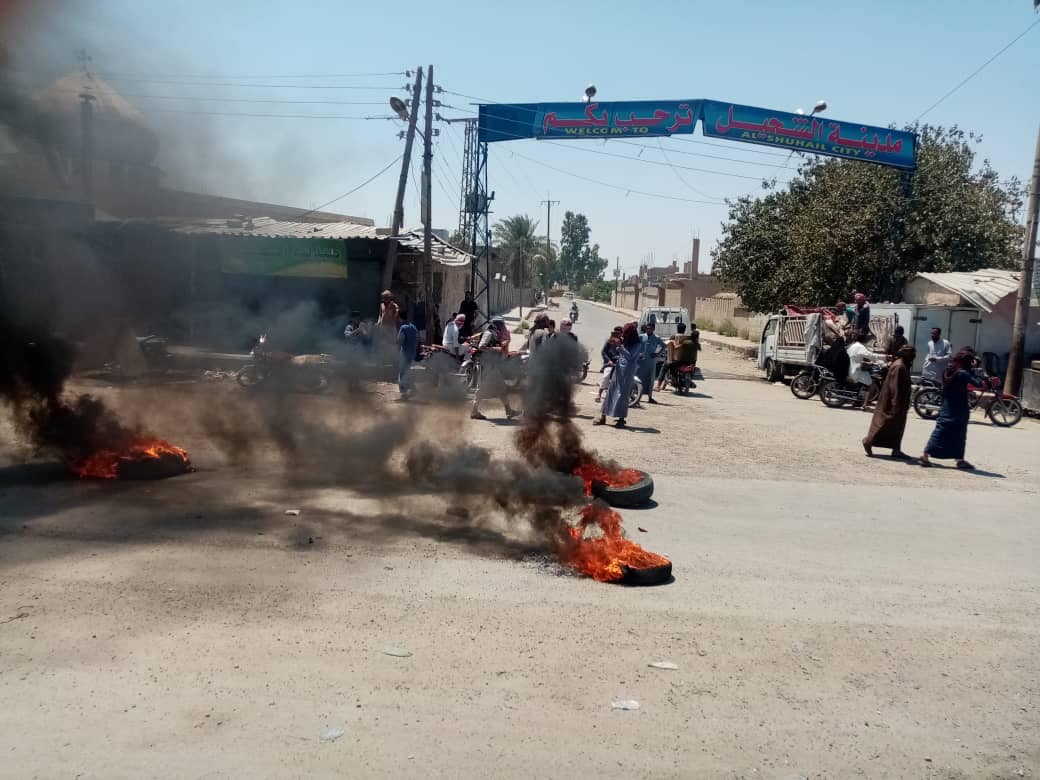 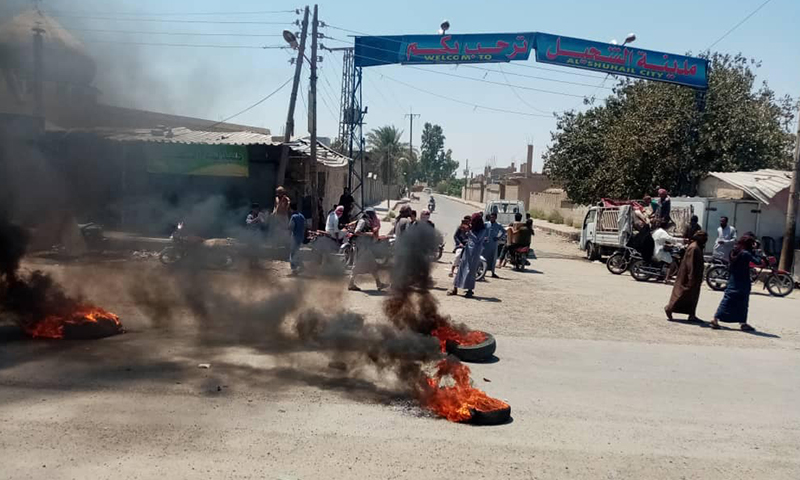 The Kurdish-led Autonomous Administration of North and East Syria (NES) has denied all the accusations directed against it, yet, the perpetrators of these assassinations remain unidentified.

On 4 August, demonstrations broke out throughout Deir Ezzor, denouncing the assassinations of tribal elders and the security chaos in the governorate. The Euphrates Post, a local news network, reported that civilians were shot by SDF members in the school of the al-Hawayj town while trying to disperse the demonstrations. Then, the residents were able to take over the school and expel SDF elements.

The SDF’s response to these protests stirred voices calling for its exit from some areas that experienced the assassinations of tribal elders.

However, “the Arab Democratic Alliance in Jazira and Euphrates Region” issued a warning about the political ramifications of the SDF in the eastern regions, considering that this brings the developments of the eastern region to the “non-containment stage.”

This comes after the SDF imposed a siege and a closure on the towns of Dhiban, al-Shuhayl, and al-Hawayj, and on several villages east of Deir Ezzor, or what is known as the “Jazirah line,” and the al-Uqaydat area. People were banned entirely from leaving their homes, and more checkpoints were set in the area following the demonstrations.

Mudar Hammad al-Asaad, the spokesperson of the Turkey-based Syrian Council of Arab Tribes and Clans, accused the SDF of being behind the assassinations, considering the reason for this is that clans and tribes reject the policy of the SDF aimed at erasing the Arab character from the region.

Hammad al-Asaad added, in an interview with Enab Baladi, that the tribal elders’ request from the United States of America to supervise the Arab-majority region instead of the “SDF” constitutes an additional motive behind the assassinations.

The head of the al-Uqaydat tribe association, Ismail al-Askar al-Hifl, confirmed that “The murder of Sheikh Muttshar al-Hifl will not go unpunished,” during a press conference held by “the Syrian Council of Arab Clans and Tribes,” in the state of Şanlıurfa, southern Turkey, as reported by “Anadolu Agency, a state-run press agency in Turkey.

Future in the past

Suhaib Jaber, a journalist in the “Euphrates Post” network, predicted, in an interview with Enab Baladi, that the situation will stay the same in the area that saw protests. He said that “The SDF derives its power in these areas from the tribesmen in the first place since most of the SDF elements are from them, and there are no indications that there is a tribal decision to remove the SDF from it.

Jaber ruled out any action to change something in the region in the near future without the knowledge or support of the United States of Ameria (US), which has the largest military bases in Deir Ezzor. The US administration does not accept an unorganized body to manage the region, and this does not exist now, mainly after the SDF weakened the “elite forces.”

The multiplicity of tribe symbols contributed to the increase in the magnitude of the problem and weakened the unity of the tribes’ decision, according to Jaber, primarily since they are located in different areas of control. Jaber gave an example of the “al-Uqaydat” tribe, as “there are several elders who say that they represent the people of Deir Ezzor, and they are distributed in Deir Ezzor, Damascus, Turkey, and Qatar.”

For his part, the political researcher from Deir Ezzor, Majid Alloush, said, in a comment to Enab Baladi, that the Syrian regime may be behind the protests, by assassinating the symbols of the region’s tribes, regardless of their political position.

As for the SDF and the so-called Islamic State, they are excluded because the Syrian regime has a greater stake in inflaming the situation in the eastern region, and this explains why its official media outlets focus on covering and supporting news of the protests.

Alloush said that those who accuse the SDF of the assassination incidents do not have evidence, as does the one who charges the “Islamic State,” highlighting that this does not absolve “the SDF” from its responsibility, politically speaking, because the region is under its control.

As for the future the region is going to, Alloush believes that the maximum extent of the protests is to withdraw the Civil Administration from the SDF and grant it to the local administrations in Deir Ezzor, to calm down these protests, as neither the Global Coalition to Defeat the Islamic State of Iraq and Syria nor Washington wants to destabilize this region at present.