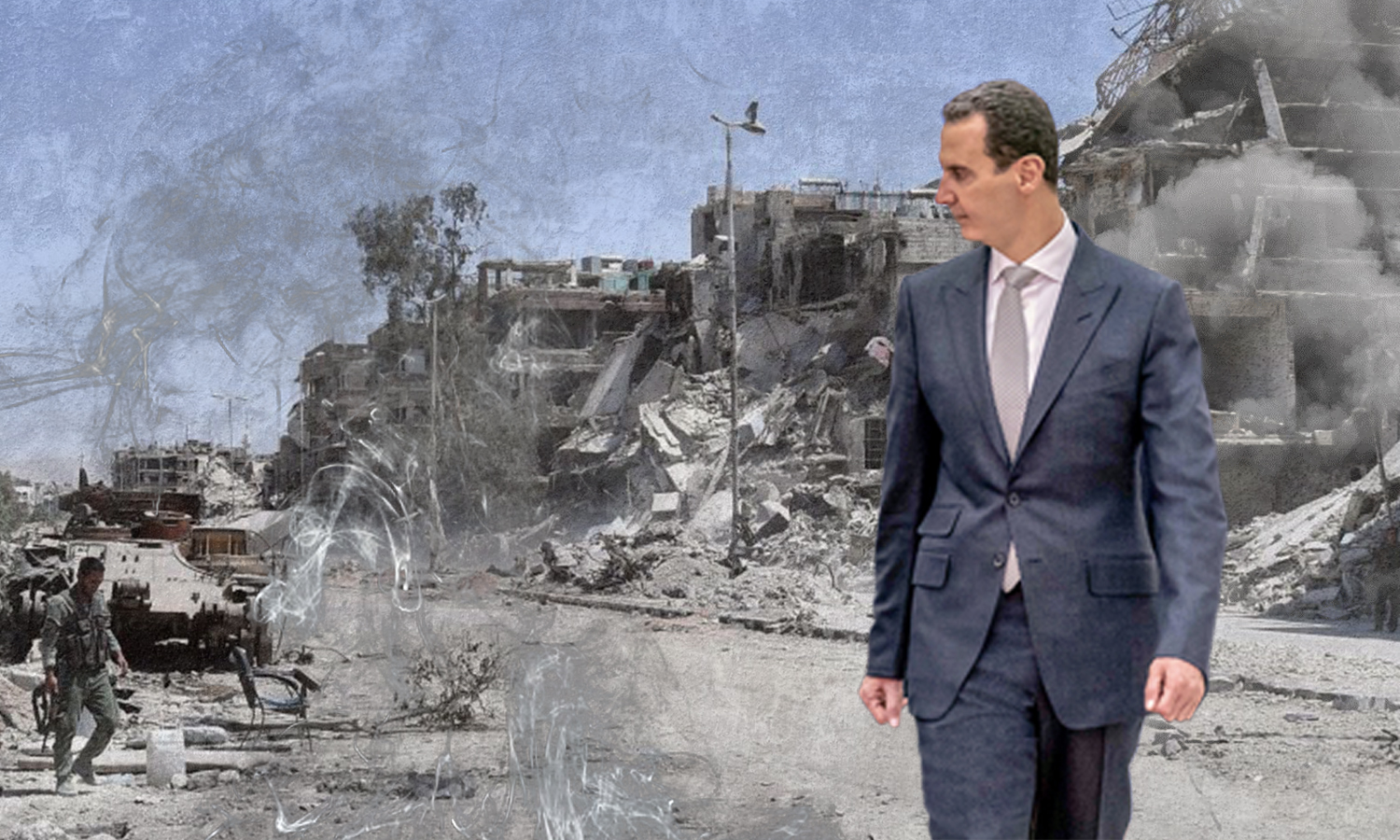 The Palestinians of Syria asked the head of the Syrian regime, Bashar al-Assad, to reconsider Yarmouk Camp’s organizational plan put forward by the Damascus Governorate.

Contacts and meetings have been made between the leaders of the Palestinian factions and organizations with the political parties within the Syrian government, to review the plan, according to what the Secretary-General of the Palestinian Popular Struggle Front, Khalid Abdul-Majid, said in an interview with Quds News Agency, on Thursday, 23 of July.

Abdul-Majid affirmed that the submission of memorandums to al-Assad identifies the political and symbolic dimensions of the “Yarmouk” camp, and calling for a review of the decision of the Damascus Governorate.

Abdul Majid considered that “the hopes are pinned on Mr. President,” pointing to “waiting for the political decision that addresses the issue as soon as possible.”

Last June, the Damascus Governorate agreed to announce the master plan of the al-Qaboun area and the regulatory map of the Yarmouk Camp in Damascus outside the framework of Law No. 10 of 2018.

Abdul Majid believes that the decision of the Damascus Governorate did not take into account the political and symbolic dimensions of the camp and that it “ represents the capital of the diaspora and resistance,” but rather was taken from a purely technical perspective and was dealt with like the rest of the regulated areas.

Abdul Majid identified the reasons for objecting to Yarmouk camp’s new organizational plan, as it was due to the fact that the camp has a “political and symbolic dimensions to block the way for refugees to migrate to exile, and that the Palestinian people uphold their right of return to their homeland.”

For his part, the Palestinian security and military official in the Palestinian Popular Front – General Command, Khaled Ahmad Jibril said that he sent a message to al-Assad in order to obtain an exception for the camp and amend the organizational plan, stressing that the plan would be modified by 50 percent.

The Damascus Governorate has not made a comment yet on what Gabriel mentioned regarding the amendment of the plan until the preparation of the report.