House rents rise to record levels in Damascus… What are the reasons? 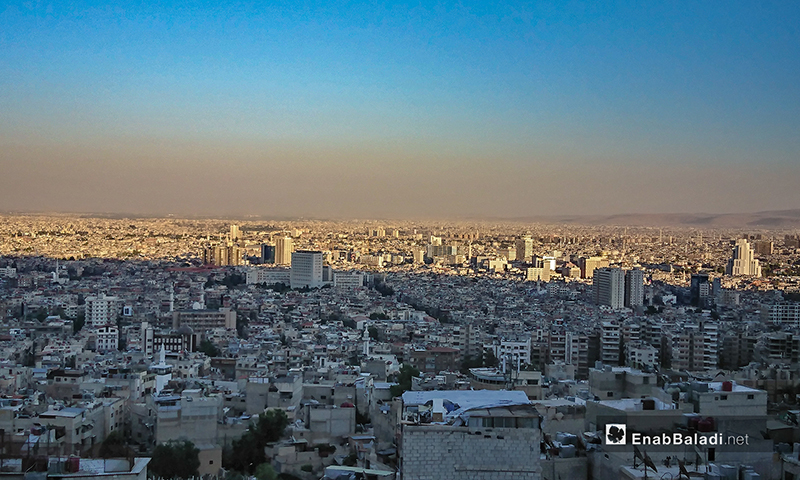 “We have rented a house in Rukn al-Din in Damascus after we were displaced from Harasta area, and the owner of the house has gradually increased our rent over the past years, bringing the rent to 100,000 Syrian pounds (SYP = 42 USD) a week ago after the last rental rise.”

With these words, Aisha (a pseudonym) has recounted to Enab Baladi her suffering experience as the house rental prices in Damascus have risen, while her husband has been suspended from his work for more than a month due to the spread of the novel coronavirus (COVID-19) pandemic.

Aisha told Enab Baladi that the house owner refused to waive the required amount or accept a small increase under the pretext of the general price increase and the high cost of living.

The state-run local newspaper “Tishreen” published a report on 3 July, in which it mentioned that the house rental rates rose by more than 75 percent in the Syrian capital, Damascus.

According to the newspaper, the majority of the homeowners demand the tenants to pay a full year’s rent, while few demand a six-month payment.

The newspaper said that the reason for the rents hike is due to the high rate of real estate prices in the capital Damascus within the current year, specifically in the areas of al- Baramkeh, al-Fahameh, and Ain al-Kirsh.

In Baghdad Street in Damascus, the house rental cost reaches 175,000 (SYP = 75 USD), according to one of the residents of the area, who confirmed the rental increase to Enab Baladi on condition of anonymity for security reasons.

He said that his income was affected after the Syrian regime’s government tightened control on remittances from abroad, especially as he depended on his children’s money transfers to cover his living expenses.

On 1 June, the Central Bank of Syria (CBS) issued a statement that threatened to punish those who received or delivered remittances from abroad, outside the framework of authorized money transfer and exchange companies.

The CBS mentioned that individuals caught or reported receiving remittances by unidentified persons would be prosecuted under the terrorist financing laws if they were involved.

In an interview with Enab Baladi, a real estate office owner in Damascus talked about the house rental rates in the city, saying that they were different from those in the countryside, even though they are also high in the cities near the capital.

He added, renting a house in the Qasaa district in Damascus or al-Missat area with the same area of the Babila town amounts to 200,000 (SYP = 85 USD).

Meanwhile, the homeowners may ask for payment in advance for a full year or six months at best.

According to the owner of the real estate office in al-Qusur, the property market is currently witnessing an increase in demand in house renting compared to property purchasing orders.

He added that renting houses in his real estate office during a single month reaches 80 percent of the total operations.

He considered that the house rents hike resulted from the continued devaluation of the Syrian Pound against foreign currencies, especially the US dollar.

The real estate office owner added to the reasons of rents increase, the lack of supply against the high demand, the high density of people in the city areas, and the real estate owner’s mood, amid an apparent absence of any solutions from the government regarding the housing crisis.

The absence of government institutions is a primary reason

Syrian Economic researcher Adham Kudeimati believes that the destruction of one-third of residential buildings in Syria due to the regime’s bombardment has increased the demand for the rest of the buildings eligible for habitation.

Kudeimati pointed out to Enab Baladi the role of the building materials’ high cost and the poor living conditions of the Syrian citizens, which made it difficult to rehabilitate the destroyed houses and led to millions of internally displaced people (IDPs) who created an increase in real estate demand against a supply decrease.

The researcher considered that the absence of relevant governmental institutions in Syria increased the problem for citizens, and contributed to the sovereignty of speculative pricing policy on rents.

He stressed the role of the significant deterioration of the Syrian Pound’s value in the overall rise in real estate rents, as rent revenues constitute a basic income for many families in Syria.

As for the “Caesar Act,” which imposes sanctions on the Syrian regime and its supporters that came into force on 17 June, and regarding its impact on the real estate sector in Syria, Kudeimati said that this is related to reconstruction plans; however, not at the level of simple residential neighborhoods.

He added that the effect of the “Caesar Act” would be felt on the level of major companies that would rehabilitate the infrastructure as a whole, which the United States (US) and the European Union (EU) refuse without offering a real political change in Syria.