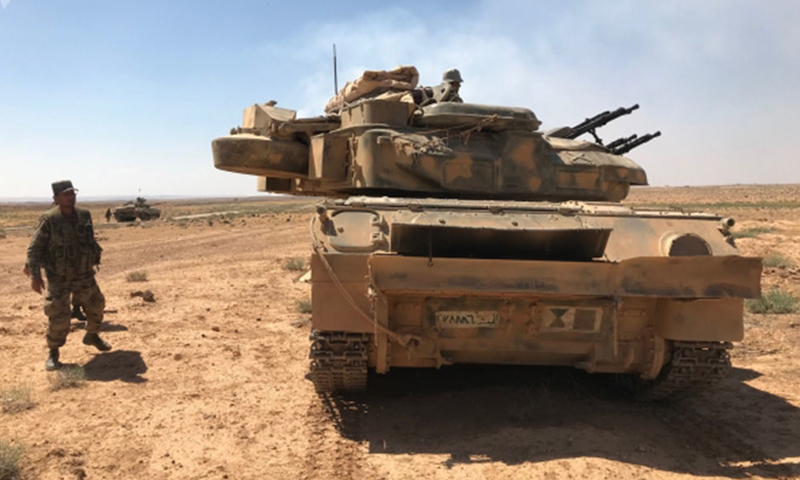 The role of the central committee in Syria’s southern province of Daraa—which negotiated the Syrian regime forces under Russian supervision, and obtained guarantees within the so-called settlement agreement in July 2018—has begun to diminish since the beginning of last May, as a result of several military developments and Russian efforts.

The developments in Daraa led to the loss of the “central committee” of the factors for which it was founded, preventing it from playing a more significant role in the coming period, amid several possibilities awaiting the province.

Speaking to Enab Baladi, Abdullah al-Jabassini, the specialist in the dynamics of southern Syria and the researcher at the European University Institute and the Middle East Institute stressed that the continuity of the committee depends on how it accepts reality, realigns its cards on the ground, and reformulates its functions, especially towards the families it represents, with a player who has proven his ability to impose his own rules on  the game in Daraa, such the leader of the “Fifth Corps,” Ahmed al-Awda, and to attract the audience of the “central committee.”

However, the former governor of Daraa, Ali al-Salkhadi, in an interview with Enab Baladi, ruled out the termination of the role of “the central committee,” because the residents of Horan establish it. Besides, the committee stems from their needs and expresses their aspirations. Al-Salkhadi highlighted that no one would influence it negatively.

He considered the attempts of the Syrian regime, Russia and  Ahmed al-Awda to reduce the role of the “committee” and to show it as unable to do anything  as “meager.”

Enab Baladi learned from sources—which it was careful to withhold their names— in Daraa, that the leader of the Russian-formed “Fifth Corps,” Ahmed al-Awda, held a meeting last week without the presence of “the central Committee” members and their knowledge, during which he called the soldiers who defected from the regime forces in the entire province of Daraa to join his ranks.

The researcher Abdullah al-Jabassini believed that the scenario of defectors joining al-Awda’s ranks guarantees that the regime does not carry out any military operation against Daraa, because it will be under his protection. Al-Jabassini added that the civilians will welcome this scenario for two reasons: the first is that it will save the region from military operations. The second is that the people want stability and security, which are experienced by al-Awada’s eastern part in the governorate.

Al-Awada’s military presence will prevent the entry of the Syrian regime forces into the area.

The researcher pointed out that Iran and the Lebanese “Hezbollah” viewed them as the party behind the military escalation in Daraa, and that the people believed that al-Awda had hostility against them. He is the only person who can undermine their ambitions and curb their influence in Daraa.

These developments have been evident after the regime forces, headed by the “Fourth Armored Division,” brought in military reinforcements, since mid-May, and after the meetings between the regime officers and the “central committee” of the western Daraa countryside, which resulted in allowing the regime forces to have a more military deployment at the checkpoints surrounding the villages.

After that, “the Fourth Armored Division” has started making contracts with Syrian males wanted by the security forces—defectors, and draft evaders from the compulsory military service in the Syrian regime forces—since the beginning of this June to re-enlist them among its ranks in the western Daraa countryside, and in return, they will not be pursued by the security services. They have to stay in the area where they are registered. Besides, those defectors and evaders of military service will be recruited under three-month civilian contracts with a salary of 50,000 Syrian pounds (SYP- 20.4 USD). It is worth mentioning that this period of three months is not considered part of the compulsory military service.

Although the central committee submitted lists of the number of detainees and their names more than once to the regime forces, the Russian forces, on 7 June, opened a center in the “White Rose” hotel in Daraa to receive the requests of the families of the detainees in the regime’s prisons, and provide identification documents for their children.

The Russian forces asked them for a copy of the personal ID card and a picture of the detainee along with the date, place, and duration of the arrest, in addition to the executing party. It is worth mentioning that this is the first time that the Russians have opened a room for the people to meet directly.

Member of the central committee in Daraa, lawyer Adnan Masalmeh considered in his speech to Enab Baladi that through this step, the Russians want to announce their presence in the city.

The functions of the committees are summarized in asking the Syrian regime forces, and the Russian guarantor to implement the provisions of “the settlement agreement” signed in July 2018: the release of detainees, the return of the displaced people to their homes, and governmental institutions to work, the provision of public services, as well as “settling” the situation of dissidents, deserters and draft evaders from military service, integrating the opposition fighters into the “Fifth Corps,” and allowing government employees to return to their jobs.