Syria’s northeast reports first death from Coronavirus… Who is responsible? 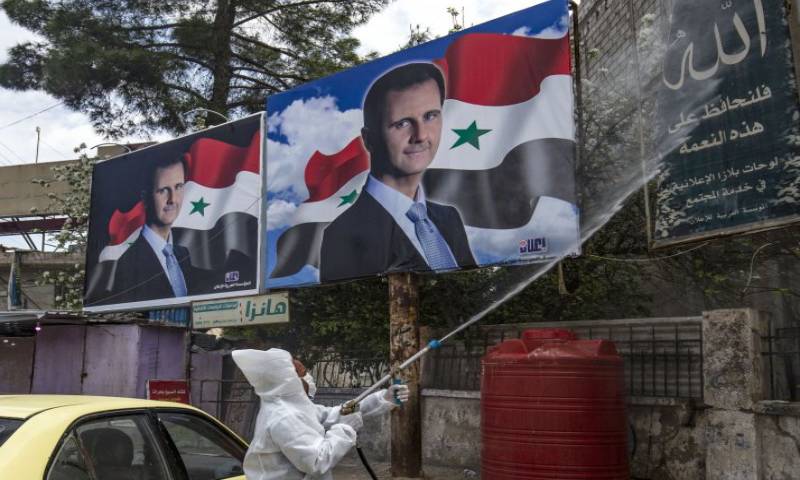 The “health authority” of the Kurdish-led  Autonomous Administration of North and East Syria (NES) announces its first fatality due to the novel coronavirus (COVID-19) in the city of Qamishli, north-eastern Syria.

A statement issued by the “health authority,” on 17 April, stated that the World Health Organization (WHO) recorded the death of a coronavirus patient in the National Hospital in the city of Qamishli, pointing out that the patient is a 53-year-old man from the province of al-Hasakeh.

The statement added that the deceased contracted the disease on 22 March. He was brought to a private hospital, and on 27 of the same month, he was transferred to the National Hospital in Qamishli, where he was put on a ventilator.

The statement of the  “health authority” held the WHO fully responsible for this incident, because it “did not inform the medical institutions in north-eastern Syria of the patient’s condition,” knowing full well that there was no communication between the Syrian regime overseeing the Qamishli Hospital and the “health authority” of the NES.

The statement stressed that the WHO is responsible for the spread of coronavirus in north-eastern Syria because it concealed sensitive and dangerous information about it.

The news spread at the end of last March about the possible presence of the COVID-19 in the National Hospital in Qamishli.

On 25 March, Omar al-Akoub, the director of the National Hospital, denied in an interview with the state-run Syrian Arab News Agency (SANA) that there was a case of the coronavirus in the hospital.

Al-Akoub then accused social media pages of spreading rumors aiming to sow fear among the people.

In an official statement on 8 April of this year, the “health authority” of the NES blamed the government of the Syrian regime for the occurrence of cases of COVID-19 in its areas of control because it showed “indiscretion” and failure to adhere to the rules and procedures for the prevention and control of infection; the Syrian regime did not halt inbound and outbound travels.

The NES closed all crossings with the Syrian regime-regime controlled areas, except for the Qamishli airport, as preventive measures to prevent the transmission of the coronavirus into its areas of control.

The NES took control over most of the city of Qamishli, except for its airport, which has remained since the eruption of the revolution in Syria under the control of the Syrian regime forces. Recently, the Russian military was given control of the Qamishli Airport by the Syrian regime to turn it into a military base, after an agreement was reached with the Syrian Democratic Forces (SDF) to give them access to many areas in north-eastern Syria.

The Syrian regime imposes its control over “the Security Square” in al-Hasakeh and the 12th (Planet) regiment while the NES controls the rest of the city. 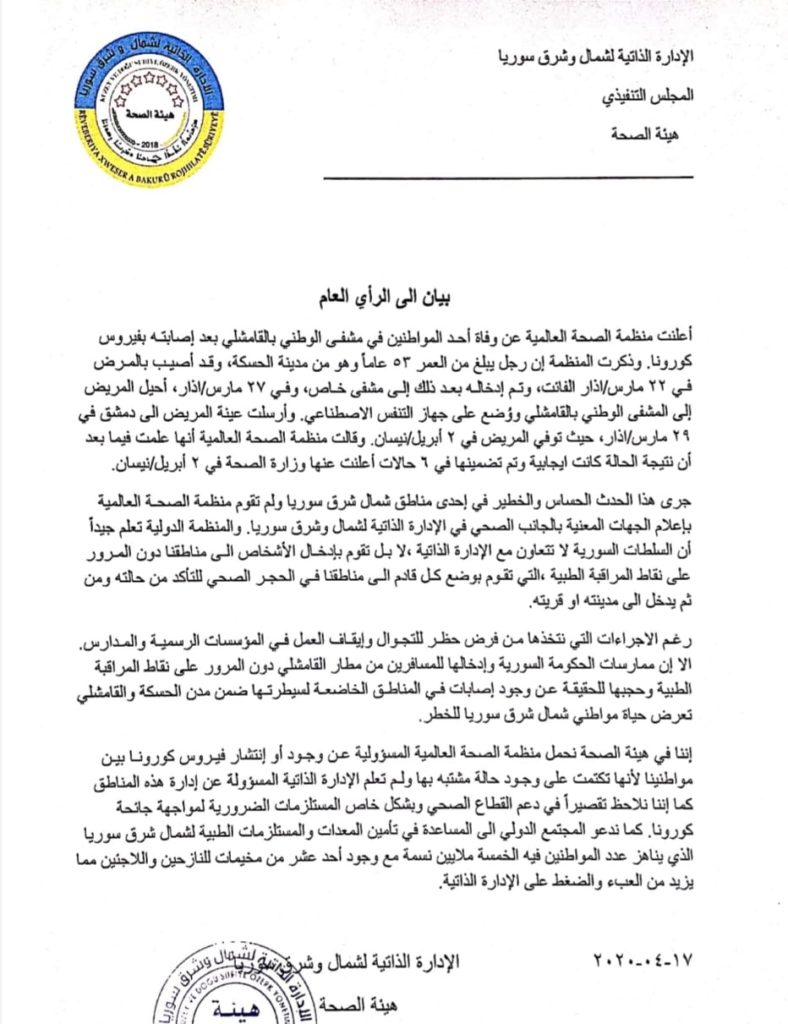