The Syrian People’s Council repealed Article 548 of the 1949 Syrian Penal Code, known as the “mitigating circumstances excuse” for the so-called “honor killings.”

The state-run Syrian Arab News Agency (SANA) reported that the council approved the amendments during the session held on 12 March.

On 8 March, the President of the Syrian regime, Bashar al-Assad, referred a draft law to the People’s Council to abolish Article 548 and consider “honor” killings like any other ordinary crimes.

The organization of Syrians for Truth and Justice (STJ) documented at least six murder cases against women in both opposition and regime-controlled areas in the provinces of Hama and Idlib, between September and late October of 2019.

Males commit violent crimes against women, for some women refused to marry against their will to certain men. Other women were murdered in an attempted theft as well as several women were killed under the pretext of “honor.”

The STJ organization has also documented ten “honor” crimes in the provinces of As-Suwayda and al-Hasakah since the beginning of 2019.

Previous amendments to the law

As per Decree No. 1 of 2011, the Syrian Penal Code abolished the mitigating excuse (Article 548 of the 1949 Syrian Penal Code), which has been exempting the murderer completely from the penalty in case the murder was under the “honor” motive.

The Syrian Penal Code promulgated by Legislative Decree No. 148 of 1949 had been exempting the murderer from the penalty in case he murdered in the name of “honor” by giving him an excuse from the punishment. The Penal Code was first amended in 2009, making the penalty of the murderer who commits a crime under such motives to a maximum of two years imprisonment.

As such, Article 548 was replaced by Article 15 of Decree No. 1 of 2011, which abolished the lesser punishment of the penalty of “honor” crimes. However, Article 15 omitted the factor of suspicious circumstances that may justify granting the killer an excuse for his wrongful deed, leading potentially to exculpation in the previous draft of the law.

This “suspicious situation” pretext put many women under the risk of being killed in “honor” provoked crimes as a legal justification in case the defendant could not prove adultery.

The “honor” motive in Syrian law

Article 192 of the Syrian Penal Code allocated a mitigating excuse for crimes committed in the name of “honor” and provided for lenient penalties for murders triggered by the “honor” motive.

The Penal Code defined the “motive” as “the cause that drives the perpetrator to commit murder or any other extreme behavior against a victim.”

However, the law did not specify what lies under the “honor” motive, and this matter was left to the judge’s discretion.

After many attempts of jurisprudence to define the “honor” motive accurately, the Court of Cassation has reached numerous definitions of the legal term, such as “an unbridled passionate impulse that drives the perpetrator to commit a crime under the influence of a sacred idea that is far from selfishness, hatred, and revenge, notwithstanding a personal interest or a private whim or purpose.”

On 29 October 2009, the Syrian Women Observatory (SWO) launched an “international day of solidarity with victims of honor crimes.

This initiative came after an incident that happened in one of the courts of Damascus when one judge ruled a light sentence against Zahra al-Izzo’s brother.

Back then, several Arab and international media outlets, including the American newspaper “The New York Times,” covered the story of the victim who was only 16 years of age when her brother killed her in the name of “honor.” 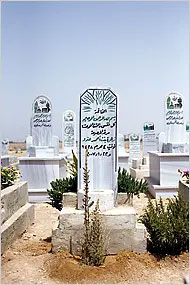