Syrian artists in confrontation with their Syndicate 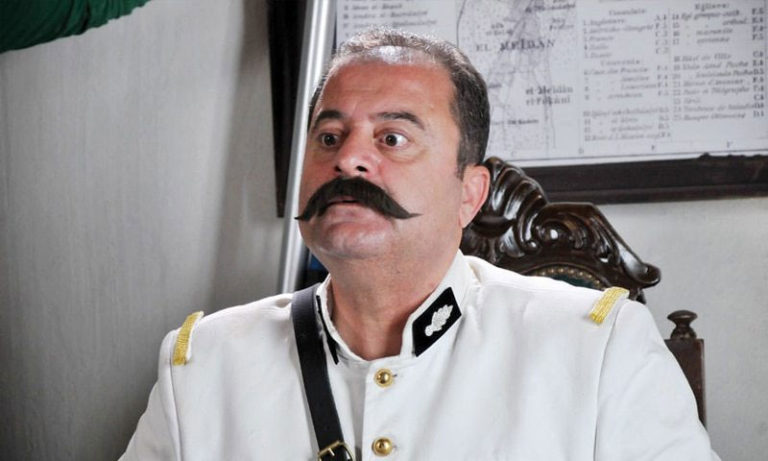 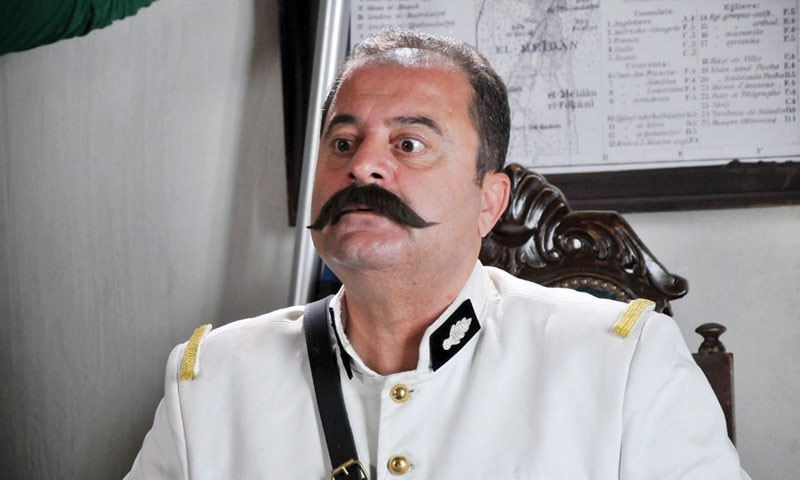 President of the Syrian Artists Syndicate, actor Zuhair Ramadan, made several controversial statements on TV channels and issued decisions that irritated artists, loyalists, oppositionists, and even neutral people. These moves increased conflicts between them, the most recent of which is actor Bassam Kousa’s statements about the Syndicate, to ET bel Arabi website on December 12, when he claimed that the Syndicate “has turned into a farm.”

The controversy over the Syndicate is not new. According to the artists Enab Baladi met, the Syndicate has never played its main role, which is protecting them and their rights and solving their problems in the artistic community; instead, it played the role of a “security branch.”

The dispute between Zuhair Ramadan and the artists is not new too. The Syndicate’s president issued decisions to withdraw dozens of Syrian artists from the Syndicate, attacked the opposition artists who “supported terrorism”, as he put it, and called on others to return to Syria.

Ramadan said, in statements to the Lebanese TV channel Al Jadeed in 2015, that he “held people accountable based on their statements in press interviews, as they called on Western countries to attack Syria and have condemned the symbols of sovereignty in Syria.” He insisted that the decision was not issued by him personally, but by the Syndicate, and that the dismissed people called for killing Syrian people.

These controversies and decisions prompted the actor Bassel Khayat to issue a statement attacking the Syndicate and its work, in the TV show “Akalnaha,” which is presented by the actor Bassem Yakhour on Lana TV channel.

Bassel Khayat said that his dismissal from the Syndicate was not based on his failure to pay the subscription fees, but rather because of statements attributed to him without evidence, insisting that the monthly subscriptions of the Syndicate need to be rescheduled, and the artist has the right to know what he pays and what will happen in return from the Syndicate.

What is the role of the Syndicate?

The primary role of the Artists Syndicate is to defend artists, protect their interests before employers and in judicial events, and organize their duties towards the Syndicate, said the actor and director Bassam Ktifan, who was dismissed from the Syndicate in 2015, alongside dozens of Syrian artists, to Enab Baladi.

Ktifan added that the Syndicate “is supposed” to be independent and not affiliated with any government official or party, but the reality of the Syndicate in Syria is completely different from its real role.

Actor Jihad Obeid considered in an interview with Enab Baladi that the Syndicate’s work is essentially based on struggle, demand, confrontation, perseverance, urging and persistence to secure more dues and new rights, and to obtain better working conditions for Syndicate affiliates, by pressuring the governing political administrations. The Syndicate’s mission includes, therefore, protecting artists, preserving their rights at all political, social and economic levels, and avoiding the deviation of this profession to shallowness, consumption, favoritism, nepotism, distortion and bad employment.

Actress Azza al-Bahra wonders: what did the Syndicate do for even jobless pro-regime artists amid the production crisis in Syria?

Accusations are directed against the president Zuhair Ramadan and the Syndicate for turning it into a security branch of the Syrian Intelligence, said actor Azza al-Bahra in an interview with Enab Baladi. She claimed that the Syndicate has no real role anymore other than collecting taxes from the artists, making agreements with production companies to protect the fictitious contracts offered by these companies, and guaranteeing fewer taxes, in exchange for securing roles for specific artists.

This is despite the fact that the Syndicate, according to al-Bahra, is not obligated to secure job opportunities, and all what it provides is pension salaries for its members after submitting the application for retirement.

Actress Hazar al-Harak asserted that the Syndicate has failed to carry out its role in protecting Syrian artists, and reminded of the artist Zaki Kordillo, who has been arrested since 2012, as the Syndicate did nothing to ask about him and defend him and his son, Mehyar Kordillo.

Al-Harak also clarified that the Syndicate has turned into a means of repression, slander and punishment against opposition artists, or artists who have not proven their loyalty to the president of the Syrian regime, Bashar al-Assad. Bassam Ktifan believes that every intelligence branch in Syria has one or more delegates in the Syndicate.

Actress Azza al-Bahra argued that the Syndicate has turned into a “platform” for attacking opposition artists, as Zuhair Ramadan did.

“Abu Jawdat” of the Syndicate

In conjunction with the talk about the role of the Syndicate, the role played by its president, Zuhair Ramadan, known for “Abu Jawdat” in “Bab al-Hara” series, an accomplice officer with the French forces, seems to be similar, especially in attacking artists and serving the Syrian regime.

The ascension of Zuhair Ramadan to the presidency of the Syndicate raised many questions, amid his control over all parts of the Syndicate. Actor Jihad Obeid considers that inside Zuhair Ramadan there is a military officer, who had the chance to study theater. He is a good manager, but following the standards of the management of Syrian cultural institutions, as he previously assumed several administrative positions and succeeded in them.

Obeid believes that the second decisive factor, as he put it, is that Ramadan is “pro-Baathism to the extent of Shabiha,” and -he does not hide that, in addition to being close to al-Assad.

“Ramadan is the son of this regime and is enjoying absolute power. These facts together give him a great influence, especially in these circumstances, and provide him with a great possibility of holding and controlling all the parts of the Artists Syndicate,” according to Obeid.

Obeid also pointed out that the Syndicate’s work in the end is not related to the artistic capabilities of its president, but rather to his administrative work capabilities. Director Bassam Ktifan confirms this, clarifying that Ramadan is “the best person at the administrative level because of his ties with the security services.”

Why all this controversy?

The controversy arises very often about the Syndicate and its role, but what is noteworthy is the increasing number of voices attacking the Syndicate, whether from artists who have no known political position regarding the Syrian situation, or those who have taken firm positions in defending the Syrian regime.

Actress Azza al-Bahra does not think that there is a point in attacking the Syndicate. She believes that it is part of the existing regime, and its circumstance is part of Syria’s problematic situation and that there is no difference between the artist himself and any citizen who suffers from the economic conditions and poor services.

Actress Hazar al-Harak has a different point of view, as she considers that even if it did not achieve direct victory, the Syrian revolution has managed to make a change in people’s awareness, and has broken the barrier of fear they had. Therefore, the artists’ awareness has differed, even slightly, towards their rights, even if they did not stand with the revolution of their citizens.

These controversies, which have reached the media platforms, between the president and the artists, on top of whom actor Bassam Kousa, come against the background of the “firmness of the Syndicate’s president” in “decrees and statements” towards artists, on every occasion, and this is what pushes artists to respond to him through media outlets, according to director Bassam Ktifan.

The Artists Syndicate is one of the richest Syndicates in Syria, as a result of the taxes it imposes on artists, including singers who sing in restaurants.

Amid the artists’ various complaints about the Syndicate’s neglect of them, the following question arises: Why didn’t the Syndicate invest these funds to implement investment projects, nor enter the production cycle during its boom since the mid-1990s, which would raise the productive and artistic level in Syria?

Bassam Ktifan declared that the Syndicate is supposed to be one of the contributors to “organizing” the rights of artists and not intervening in the quality of their work. However, if it has the financial ability to perform artistic works, for example, it must be just a producer, just like any production company, and this may make the Syndicate fall into mistakes.

Jihad Obeid considers that the Syndicate does not play a role in the creative part, and its work is limited to collecting money for its main funds, because the institutional work in all of Syria is bureaucratic and filled with legal violations, mainly characterized by financial and administrative corruption.

On the other hand, actress Azza al-Bahra indicated that the Syndicate’s former president, singer Sabah Fakhri, did really try to invest the Syndicate’s money to set up investment projects for its benefit, without succeeding in that.