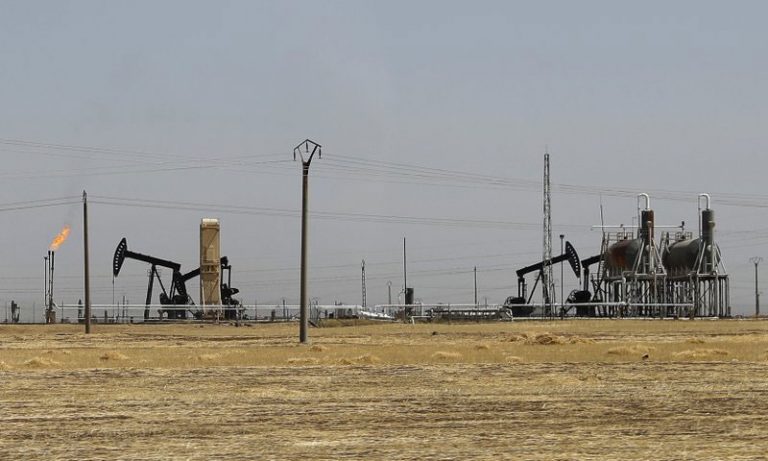 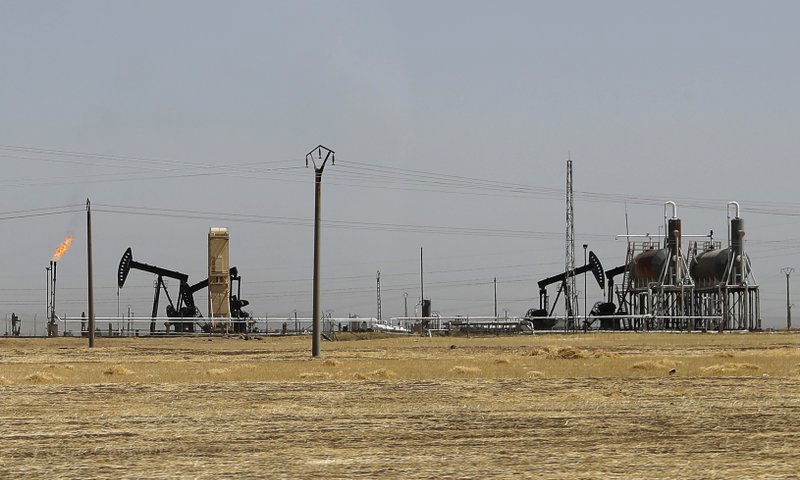 Enab Baladi – Mohammad Homs | The small amount of oil produced by oil fields in Syria has become a foundation stone in the distribution of political and military control on the Syrian map. With the current economic crises, this amount is sufficient to reach a state of subsistence.

There have recently been talks about the need for each of the acting powers (Russia and the regime, the USA and Turkey) separately for this oil wealth, and the extent of their ability to benefit from it.

US President Donald Trump announced in October his decision to withdraw the US forces from Syria, after what he described as a “victory” on ISIS, prompting Turkey to start the Peace Spring military operation against the US-backed Kurdish People’s Protection Units (YPG).

Trump cancelled his decision under internal pressures, justifying this by his forces’ attempt to control Syrian oil, saying, in mid-November, “We’re keeping the oil. We left troops behind only for the oil.” He further indicated that he might invite American companies such as Exxon Mobil (for example) to invest there.

Trump’s tendency towards keeping the oil was met by a Turkish effort to benefit from it. On December 17, Turkish President Recep Tayyip Erdoğan called for investing Syrian oil in the reconstruction of areas controlled by his forces and the Syrian National Army funded and supported by Ankara, in their military operations in northeast Syria, according to the Turkish Anadolu Agency.

“Let’s extract oil together from terrorist-controlled wells in Syria. Let us implement the projects of building housing units, schools, and hospitals in the terrorism-liberated areas, and house the refugees there. Unfortunately, we have seen no response to this call, because oil is more important to them,” Erdoğan said.

These statements have raised questions about the ability of Syrian oil production to contribute to the upcoming reconstruction process, which is linked to the political solution and the understandings between the acting parties regarding this solution.

Syria is not a large oil-producing country compared to neighboring countries such as Iraq and the Gulf states. Syria’s total domestic production of oil has fallen to less than 30 percent since 2010, according to the World Facts book published by the CIA, at a time when the Syrian regime’s budget has decreased to nearly two thirds.

Oil may be sufficient to support the Syrian regime’s government or any competing power, and whoever controls the oil-rich Syrian desert can determine who controls large areas of the country.

In 2010, Syrian wells produced around 385,000 barrels per day, at 0.5 percent of global production, according to BP (formerly known as British Petroleum), the world’s third largest oil company.

ISIS controlled a large part of eastern Syria in 2014, where most of these wells are located. Production decreased to between 30 and 40 thousand barrels per day, part of which was consumed locally and another part was sold in the black market.

The Syrian Democratic Forces (SDF) then took control of the eastern region in 2017, and seized the revenues, which are one of the main funding sources for the faction. It has since been difficult to confirm the SDF’s revenue figures.

Will Syrian oil contribute to the reconstruction process?

Eugenio Dacrema, a researcher for the MENA Center at the Italian Institute for International Political Studies (ISPI), doubts about a possible large-scale reconstruction process using oil revenues in the near future.

He believes that this is because the oil infrastructure has been severely damaged during military operations, production levels have fallen, and the country has almost completely lost all industrial capabilities during the war.

The researcher stated in a study entitled “Rebuilding Syria. The Middle East’s Next Power Game?”, issued on September 20, that the Syrian regime’s government lacks a wide-ranging plan to redevelop its group of economic centers, which were previously interconnected, including factories and supply lines. Also, the major foreign investors in the West or the Gulf “were not eager to invest.”

“With or without oil, the Syrian regime will never be able to produce internal resources for the reconstruction process, but it can use revenues, as the SDF and ISIS have done before, to support the subsistence situation it is facing,” explained Dacrema.

In an interview with Enab Baladi, the engineer and oil expert, Abdel Qader al-Allaf, agreed with Dacrema that the Syrian regime would not benefit from oil in the reconstruction process.

Al-Allaf said that after reaching a political settlement, as a first stage before the final resolution of the Syrian issue, it is not expected in the short term that the new state will be able to benefit from its resources, justifying that this will not be done without achieving the interests of Russia and other countries, in exchange for agreements signed by the regime government and remained In effect as a result of an expected settlement.

The oil expert pointed out that the oil output will only cover a small part of the very costly reconstruction process, in case there is an intention to accelerate this process.

Al-Allaf said that oil revenues are very beneficial for the Syrian regime to maintain its continued existence in the current form, adding that “reality indicates to the tightening of economic sanctions on the regime and its allies, especially after the signing of the Caesar Act. The USA will not let go of the oil unless a political settlement is reached, which would at least end the present regime form.”

Al-Allaf considered that in addition to a tightening economic blockade by a European-US agreement, this measure pushes towards this direction. The Arab and other countries will not be allowed to restore their relations with the regime or engage in any economic activity with it before the settlement is reached.

Reconstruction, “the complicated file in Syria”

Reconstruction is one of the complicated processes in the Syrian issue, which is closely related to the disputed political process between the guarantor countries of the Astana path (Russia, Turkey and Iran), and the tendency of the countries of the European Union Council and Washington, or what is known as the “mini group,” which includes Arabic countries, alongside the USA, France and the UK.

The complexities of the political scene and the lack of agreement on a political process have been evident in two opposing viewpoints, one of which calls for a process of amendment or redrafting of the constitution through the Constitutional Committee that was approved under the Sochi agreement in late 2018 under the auspices of the guarantor countries. In contrast, the second viewpoint calls for a political transition according to the requirements of the Geneva Conference and Security Council Resolution No. 2254.

The large damage that Syria has witnessed since March 2011 has had catastrophic repercussions on the national economy. According to a study by researcher Joseph Daher, a professor at the University of Lausanne, Switzerland, published via the Carnegie Middle East Center for Studies on September 16, at the beginning of this year, estimates of the cost of the reconstruction process ranged between $250 and $400 billion, while the regime has allocated an estimated amount of 50 billion Syrian Pounds for this process, at a time when the budget of 2018 ($8.9 billion) seems to be very low compared to the estimates of the reconstruction process.