Syrians in Sudan under pressure of “transitional measures” 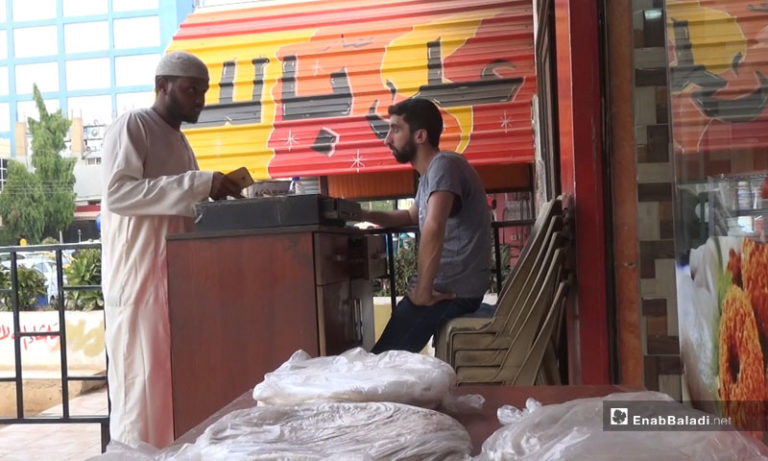 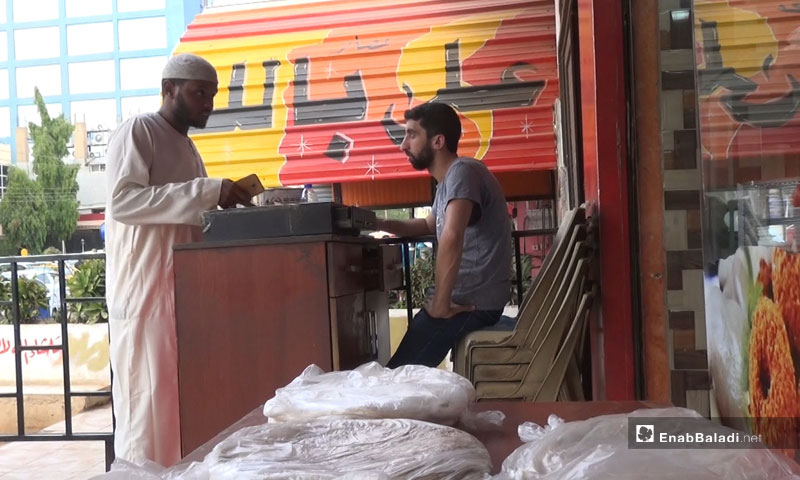 Enab Baladi – Zainab Masry | After years of “blind eye” policy toward the commercial activities of the Syrians in Sudan, signs of legal pressures following the political change and the government’s rearrangement of its cards, began.

Following the decision, the Sudanese police started implementing, since December 10, a broad security campaign that included the Syrian, Yemeni, Eritrean, Ethiopian and Egyptian nationals, in the state of Khartoum, with the aim of reviewing their situation in the country, according to the Sudanese newspaper Assayha.

Sarya Tayseer, a Syrian investor living in Sudan since 2005 and holding a Sudanese nationality, owns three stores with 40 employees. He is one of the people who have been directly affected by the recent security campaign targeting the foreign presence in Sudan. He told Enab Baladi about the reason for the closure of his shops.

He said that the Syrian in Sudan has been exempted from obtaining official papers such as residency or “business cards”, and has been working in Sudan as any Sudanese citizen, but suddenly, without being warned or given a deadline, a patrol of foreign affairs visited his store and arrested all employees working in it, on the pretext that they do not have business residencies.

Sarya had to pay a fine of 20,000 Sudanese Pounds, in addition to 20,000 Sudanese Pounds for work residence fees for each worker, and later asked his employees to close the stores for fear of arrest. He was then surprised that the patrols of the Ministry of Interior raided their houses and arrested them, he told Enab Baladi.

Sarya could not pay all the fines that amount to 100,000 Sudanese Pounds, equivalent to 1500 USD for each employee.

Amid the absence of official government figures, the United Nations estimates the number of Syrian refugees in Sudan at 93,000 people.

Sudan does not impose an entry visa on the Syrians, so it has become a destination for many of them, amid other Arab countries’ imposition of restrictions to enter them, compared to facilities from the Sudanese government and the naturalization of businessmen and participators in the country’s economy, whose accurate number is still not known.

Sudanese journalist Naji al-Karshabi believes that the carrying out of a security campaign to control the foreign presence is a common measure that all countries of the world take. In addition, the numerous campaigns being carried out these days by the concerned authorities to review the foreign presence are not targeting the Syrians only. “Sudan is among the countries that opened its doors to receive the Syrians after their country collapsed due to the war.”

Naji pointed out to Enab Baladi that Committee for the Support of Syrian Families in Sudan held a meeting with the Director of the Foreigners Control Police in order to find out the optimal legal situation for the Syrian presence in Sudan.

As a result of the meeting, all Syrians arriving in Sudan have become entitled to a free residence permit from the Sudanese Interior, given the circumstances of the war, and they are entitled to reside in Sudan accordingly. In addition, every Syrian who obtained citizenship has the right to work in Sudan without a “work card” as if he were a Sudanese citizen, and employers have to issue a “business card” for every Syrian citizen who works for them, according to the law.

Shops and restaurants were also given a week period, starting from September 11, to regularize the conditions of their workers, provided that they not be subjected to arrest campaigns by the Foreigners Control Police during the given period, which indicates that the current security campaign is not new, but has rather intensified now.

What are the effects of the political transition?

Sudanese journalist Naji al-Karshabi added that this campaign included Syrians who had had a privilege from the previous government, to be treated as Sudanese people in exchange for obtaining a free accommodation as hospitality from the Sudanese government.

In addition, work permits were not granted because there are no laws that directly concern the matter, since the country today is being governed by the constitutional document signed between the military and the Forces of Freedom and Change, which has been marred by many legal limitations.

The journalist called on Abdalla Hamdok’s transitional government to pass a law, even if only temporarily, to determine the nature of these procedures.

As for the Sudanese journalist Moaz Sami, he believes that there is no systematic targeting of any foreign nationality in Sudan, whether Syrian, Egyptian or any other nationality.

He justified in an interview with Enab Baladi these campaigns that the country is now going through a rearrangement of its cards, and the regulations are being applied in a stricter way, because the previous regime was lenient, and now the laws are being dealt with more seriously, whether with the Sudanese or with the non-Sudanese people.

Sudan witnessed popular demonstrations that started in December 2018, with economic demands, most notably the provision of bread, and then expanded to include strikes and popular and union strikes, which overthrew the rule of Omar al-Bashir, whose arrest was announced on April 11, and who is being currently tried on several charges.

The Commercial Registration Department of the Sudanese Ministry of Justice had issued the decision of the “General Commercial Registrar No. 25 of 2019“, based on the ministerial decision issued by the Sudanese Minister of Industry, Abbas Madani, on November 7, concerning foreigners’ commercial activities in Sudan. It stipulates banning the non-Sudanese with Sudanese nationality at birth from practicing commercial activity.

It also prevents them from establishing or contributing to any company or registering a business name, partnership or commercial agency in areas that include export and import procedures except under the investment law or special government agreements, in addition to preventing them from practicing buying and selling operations, either directly or through a local broker.

This decision came under the pressure of the Sudanese public, part of whom rejects the growing role of foreigners (including Syrians) in major economic sectors in the country, without official statistics on their numbers and economic activities, at a time when the number of foreigners in Sudan is estimated at about three million people.