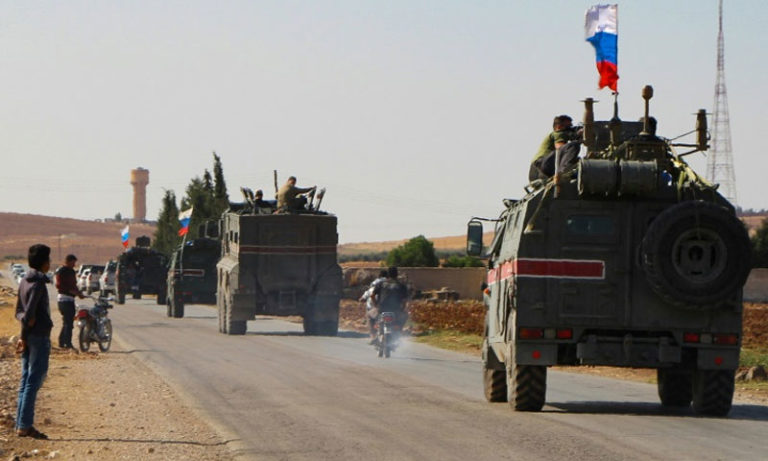 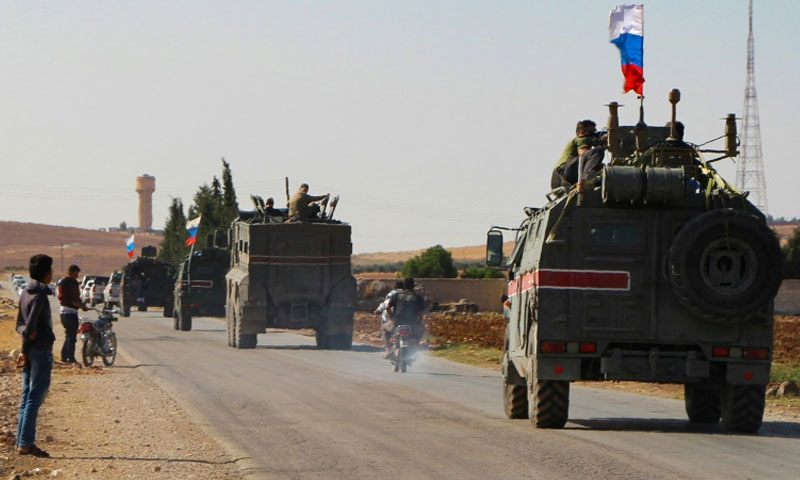 Turkish and Russian forces have overseen the withdrawal of the military forces of the parties to the conflict from the international road M4 between Hasakah and Aleppo, particularly in the area between Ayn Issa and Tell Tamer, according to Russian media.

Russian agency RIA Novosti reported on Sunday, December 8, that representatives of the Russian forces and the director of the Turkish Armed Forces Coordination Center, General Erhan Ozun, carried out a joint inspection tour between the towns of Ayn Issa and Tell Tamer.

Russian news agency Sputnik stated that during the tour, the two sides supervised the progress of the withdrawal of all forces from the highway, and the determination of the positions of the Turkish and the Syrian regime’s observation points on the road.

These moves came in support of the agreements that were outlined in the memorandum of understanding between Turkish President Recep Tayyip Erdoğan and his Russian counterpart, Vladimir Putin, in the Russian city of Sochi on October 22.

The negotiations between Russia and Turkey led to a new agreement, at the beginning of December, which stipulated a partial redeployment of the Turkish forces and the National Army on the one hand, and the Russian, Syrian regime and SDF forces on the other hand, on both sides of the international road, in the countrysides of Hasakah and Raqqa, northeastern Syria.

The Russian and Turkish parties supervised the demining process in Alye and Tell Tamer, as well as the launch of a secondary electricity station in the Mabrouk refugee camp area, located between the cities of Ras al-Ayn and Tell Abyad.

Syrian National Army’s Official Spokesman, Major Yousef Hamoud, previously told Enab Baladi that the agreement between Russia and Turkey had stipulated the conduct of joint patrols on the international road from Tell Tamer up to Ayn Issa, in completion of the joint agreement reached between the two sides in Sochi.

Hamoud pointed out that the Russian forces entered the city of Tell Tamer under the understandings and facilities the Syrian Democratic Forces provided to the Russians. He added that this came after long disputes and negotiations over the fate of the city that the Turkish forces sought to enter, along with a Russian insistence that the “Kurdish forces” remain in the city of Ayn Issa in the countryside of Raqqa, which Turkey rejects and continues negotiations to determine the fate of the city. 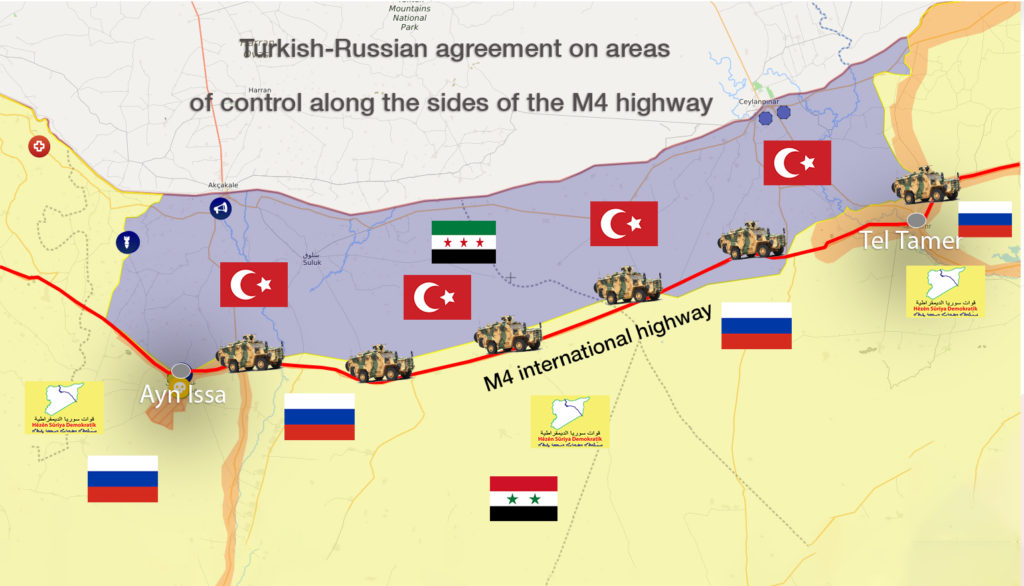