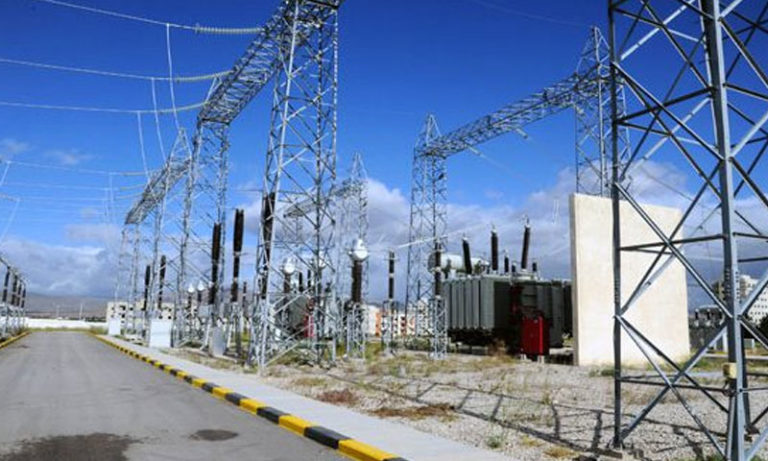 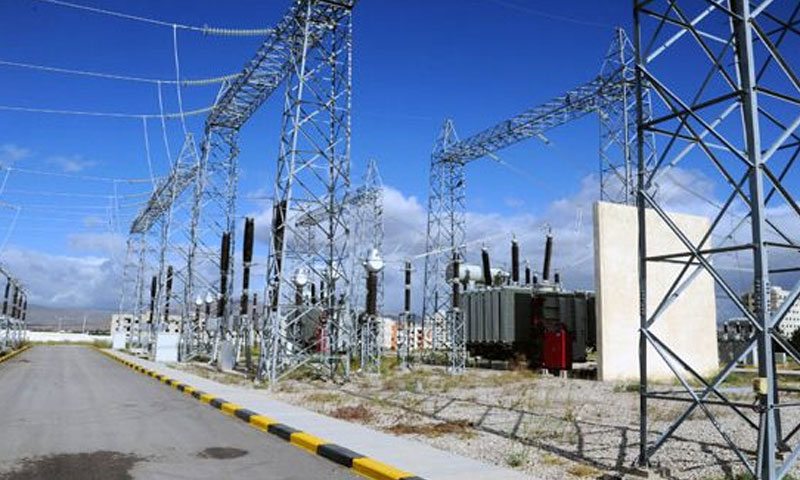 Enab Baladi – Mohammad Hommos | The reality of the Syrian electricity sector, which Iran and Russia shared in preparation for the expected reconstruction process, has become clear.

The contracts of the Syrian regime government have been distributed between Russia and Iran, at a time when the first controlled the dams by virtue of the old experience and contracts with the Soviet Union, while the second entered the electricity contracts line including conversion, generation and the development process. What cannot be confirmed, however, is whether this distribution comes in the context of rivalry or sharing.

Enab Baladi has monitored Iranian and Russian projects and contracts signed with the Syrian government in the electricity sector, and has discussed the distribution of those projects between the two powers involved in the Syrian affairs.

Sources of electrical energy in Syria

The electrical energy sources in Syria are divided into renewable energy, under which hydroelectric stations are included, and the largest of which is the Tabqa Dam Station in the city of al-Thawrah in northeastern Syria, and Tishreen Station in the Abu Qilqil region in Aleppo Governorate in northern Syria. This is in addition to  thermal stations that work with either gas or fuel, and the largest of which are the Aleppo station, which produces 1065 MW, and Jandar Station in Homs Governorate, which is the largest station in terms of production, at 1100 MWh.

Several stations were damaged during the war in Syria, but there are no exact figures about the damage in the electricity sector. The latest statistics for the losses were declared by the current Prime Minister and former Electricity Minister, Imad Khamis.

According to what Khamis said, in a hearing  hearing session in the People’s Assembly, in February of 2016, the losses of the sector amounted to 1,500 billion Syrian Pounds, according to the prices of the electricity system’s materials and equipment at the time, since 2011 until the date of the statement.

Khamis said that five of the 13 major transfer stations, each with a value of 20 million euros, were attacked by what he described as “terrorist groups”.

Iran entered the electricity production line in Syria, and signed diverse contracts including the development of the system and the establishment of generation and transfer stations distributed in several governorates, including Homs, Latakia, and Aleppo, in addition to a general agreement covering the development of the electricity sector and its equipment.

Since September, Iran has signed four contracts with the government of the Syrian regime, the first of which is the Homs Station Agreement, on September 5, when the Syrian International Educational Technology Systems signed with the Iranian Novin Energy Company, which is specialized in the generation of electric energy with renewable energy, a cooperation agreement to generate electric energy in the areas located between Homs and Hassia, with an initial production capacity of 5 megawatts, without clarifying the maximum production capacity of the plant, as reported by the official Syrian News Agency (SANA).

The second agreement included the Iranian private sector’s handing over of a 540-megawatt power station in Latakia, according to a statement made by the Iranian Energy Minister, Reza Ardakanian, on the sidelines of the Iranian Council of Ministers meeting, to the Iranian agency Tasnim on September 25, adding that exporting Iranian technical and engineering services is carried out at the regional level, especially in the field of water and electricity.

According to the Iranian minister, the transfer of the power plant came within the framework of a joint investment project, considering that the participation with foreign investors in rebuilding the electricity sector in Syria is important for Iran.

There was a talk about  a new agreement between the two sides, when Kharboutli announced that an Iranian company would visit Syria to sign a contract for the rehabilitation of the Aleppo power station, explaining that the financial scheduling which was included in the contract with the company would cost about $ 93 million, as reported by the pro-regime newspaper al-Watan, in  October.

This is Iran’s second contract regarding the Aleppo station, as the first was signed with the RPRC Corporation, affiliated to the Ministry of Electricity, for the rehabilitation of the plant with a working capacity of 1065 MW. 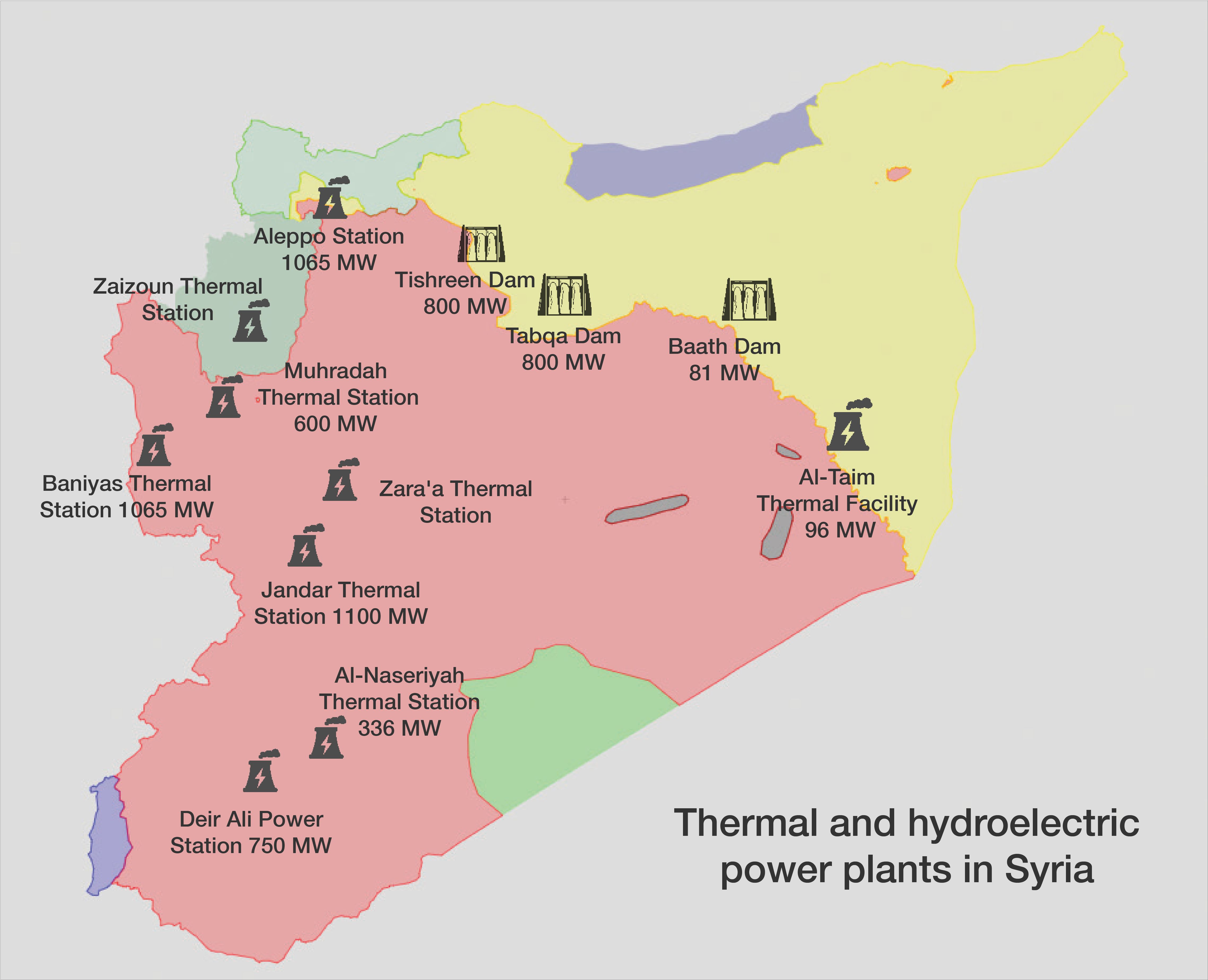 Russia puts its hand on hydropower

At a time when Iranian investment in the electricity sector expanded, Russia turned to renewable (hydroelectric) power plants and put its hand on two dams in the areas controlled by the Autonomous Administration in northeastern Syria.

Russia started the restoration of the Baath hydroelectric station in the city of Raqqa, which was announced by the official of the Russian Reconciliation Center for Syria, headquartered in Khmeimim Air Base on the Syrian coast, Vladimir Varnavsky.

According to Russian news agency RIA Novosti, Varnavsky said that the dam is an important and strategic point in the Euphrates River, and that “the sustainable work of industrial plants and project development (…) depends on the stable operation of a complete set of hydroelectric power stations.”

Russia also put its hand on the hydroelectric power station in the Tishreen Dam near the city of Aleppo, and handed it over to the Syrian regime, before it disposed of part of the produced energy by giving it to the Turks who took control over a part of the Syrian-Turkish borders, as the Turkish Ministry of Defense announced on December 8, reaching an agreement with Russia to withdraw electricity from the Tishreen Dam to the areas it had seized in Tell Abyad and Ayn Issa.

In an interview with Enab Baladi, the researcher and economic analyst Younis al-Karim considered that it is normal for Russia to put its hand on the dams, because it was the former Soviet Union that established them under agreements with the Syrian regime. The Russians have the schemes of these dams, and therefore it is common  that Russia is the one that manages the matter, in addition to its large experience in projects like these, unlike Iran.

Al-Karim pointed out that there are two types of power stations, one for the generation of high tension and another for the conversion  of high tension into household electricity, and this conversion needs huge generators with high costs. Before the dispersion of the current regime, Russia acquired investments, before the regime entered Iran to put its hands in the Russians’ areas, preventing Russia from the chance to completely seize the coast, according to al-Karim.

He pointed out that there is harmony between Russia and Iran in terms of projects, as Iran puts its hand on projects close to the people by creating an incubator for long-term investments with profits, while Russia puts its hand on ready projects.

Despite the weakness of those profits, their advantage, according to the economic analyst, lies in gaining leverage in the Syrian public, at a time when the Russians are dismantling the country and rebuilding it in their own way.

According to the Syrian regime, hydroelectric turbines have been stolen or damaged due to the war. So,  these projects have been handed over (for rehabilitation) to Russian companies due to the high costs, in exchange for buying electricity from Russia and pumping it into the citizens’ public network. This has been revealed by Electricity Minister Muhammad Zuhair Kharboutli on July.

Al-Karim pointed out that the state sells electricity to people at the subsidized price, pays the installments from the public budget, and makes the residents bear the rest of the burden.

On Russian investments in the region, al-Karim said they focus on obtaining ready projects, such as the Latakia port project, because the Russians want to recollect the money they paid for their intervention in Syria, in addition to a percentage of the profits.