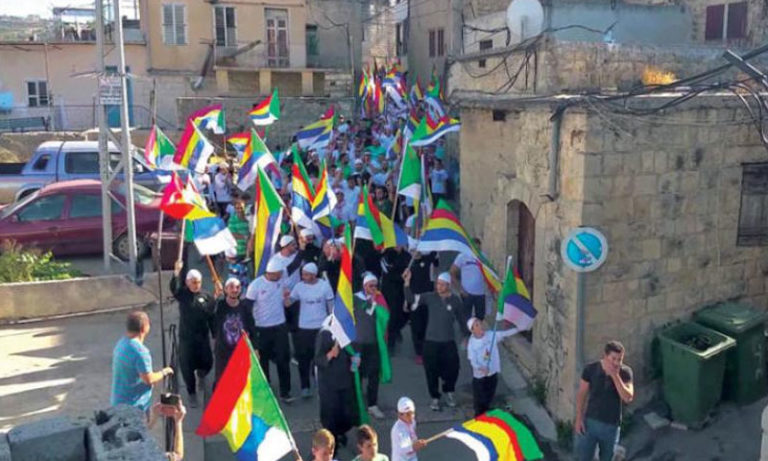 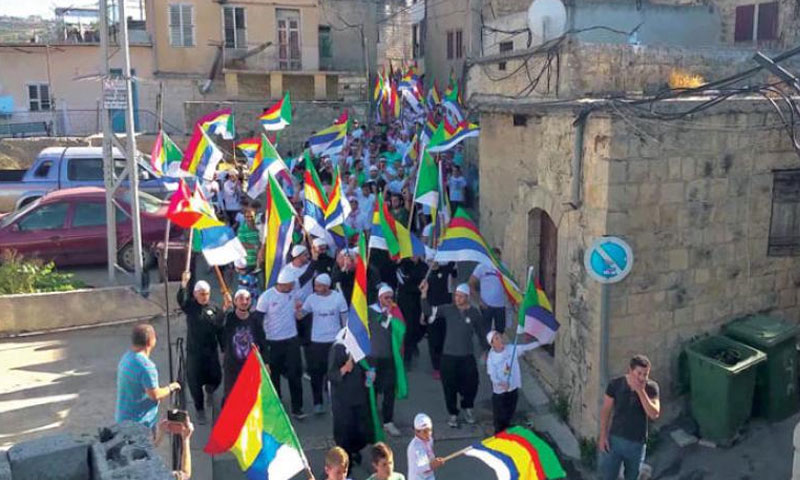 As-Suwayda – Noor Nader | The Personal Status Law in Syria has been raising frequent controversy, despite the amendments introduced the previous year. Many of the law’s provisions, especially those related to confessional courts, remain an obstacle for many Syrians in marriage and divorce procedures.

Controversy about the law has recently reemerged in the city of As-Suwayda, as a part of the Druze community, which is subject to sectarian courts, believes that the articles related to them are “unfair” especially in the case of “irrevocable divorce” and “arbitrary divorce” and other cases, leading the sectarian judges to come up with new arguments for leniency in those provisions.

Articles in the Personal Status Law

The Personal Status Law in Syria regulates issues of marriage, divorce, lineage, custody, wills, and legacies, according to the lawyer and member of the As-Suwayda Bar Association, Muhannad Baraka, who indicated that the Syrian personal status courts are divided according to religious sects, as stipulated in Article 306 of the Personal Status Law in Syria.

Baraka pointed out in an interview with Enab Baladi that the provisions of this law apply to all Syrians, except for what is excluded by Article 307, regarding the provisions of marriage in the Druze community, which require that divorce does not take place except by virtue of a judge’s decree and report, and the divorced woman is not allowed to return to the man who divorced her.

According to Articles 34, 35 and 36 of the Law of the Judicial Authority in Syria No. 98 of 1965, the spatial jurisdiction of the Druze sectarian court is determined within As-Suwayda Governorate, while in the rest of the governorates, the jurisdiction remains for the regular Sharia judiciary, to consider cases of the affiliated people to the sect according to their rulings.

The argument of anger

Moein (refused to reveal his full name), is a member of the Bar Association in As-Suwayda and a lawyer specializing in personal status issues in the Druze sectarian court. He pointed out in an interview with Enab Baladi that there is a positive point in divorce and marriage rulings according to the Druze courts, as the woman is able to file a separation lawsuit, unlike Sharia courts that do not allow women to file a request of divorce, except in very specific cases.

On the other hand, according to the Druze religious law, a man and a woman have the right to request separation, as an equal right for both of them, according to the lawyer. In fact, there is no difference between the divorce request by the man and that by the woman, since the essential aspect of declaring divorce by the man or by both sides is not only expressed by a man’s declaration that he divorced his wife. The announcement of divorce alone does not determine the separation between the man and his wife, and it does not reflect the position of the two sides in front of the public.

What if the divorce is revoked?

According to the provisions of Article 307 of the Personal Status Law, a divorced woman cannot return to the man who divorced her; that is, if the divorce took place, it is a “definite divorce”.

Lawyer Moein pointed out in an interview with Enab Baladi that the Druze court has recently received numerous requests to revoke divorce cases ruled as definite. On this regard, lawyer Muhannad Baraka stated that some of the judges are using the “argument of anger to nullify the divorce.”

Nevertheless, according to Baraka, this argument is not always used, “but rather used in rare and exceptional circumstances where the couple must refer back to the court shortly after the divorce ruling, to ensure the rationality behind using the mentioned argument.”

Baraka noted that time is a necessary factor in this case, especially since the court fundamentally gives the couple a month’s reconciliation period, during which the court makes sure that approved civil notables work on reconciling the spouses, after which the final divorce ruling is issued, which does not allow the spouses to revoke it, under any circumstance or legal argument.

Other As-Suwayda citizens use other methods to revoke divorce, as did Fadi, 42, who had to declare his conversion to Islam in order to restore his wife at the Sharia court.

However, this was “trick” as Fadi (refusing the publication of his full name for security reasons) described it, in an indication that his conversion to Islam was not by conviction but it was rather a formality, which made him lose many members of his family and led to his  rejected by the society, since the Druze community does not allow anyone to enter or revert from it. This prompted Fadi and his wife to leave the governorate and live in Damascus.

Although it is not difficult for Druze women to obtain a divorce, compared to women from other sects in Syria, they are often forced to give up their rights during the completion of separation cases, stated to Enab Baladi a manager of the campaigns of Tulip organization to support women and children, criticizing the Personal Status Law.

The Tulip organization, a civil organization based in As-Suwayda, has launched a campaign on Facebook, early December, to raise awareness of the need for gender equality, and to introduce types of gender discrimination in the Syrian Personal Status Law, as a result of its affiliation with sectarian courts.

In its publications, the campaign addressed many topics, including custody, marriage, inheritance, etc. in addition to divorce cases, which the campaign manager (refused to reveal her full name for security reasons) talked about, explaining that cases of arbitrary divorce and the ease of manipulating the wife are “humiliating.”

She added that the separation cases, which some consider to be an advantage of the Druze community, contain drawbacks represented in the fact that the woman who cannot provide “reasonable justifications for divorce, and only expresses her wish for to separation, is forced to give up all her rights in exchange for the husband’s acceptance of the separation.”

The campaign seeks to raise awareness among Syrians about what it considers as loopholes in the Personal Status Law, in the hope of bringing radical changes towards  achieving equality between women and men in the Syrian society.