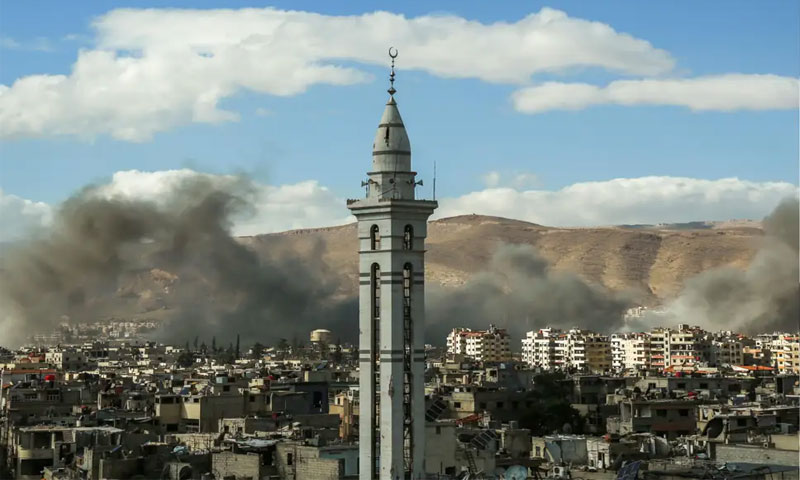 Syrian-Korean Joint Economic Committee concluded a cooperation agreement on Wednesday, 11 December. The agreement concluded cooperation in several areas, including social care, employment, labour, agriculture and fisheries in addition to an executive program in the field of scientific research for the next three years, according to the state-run news agency (SANA).

The agreement also pointed to the common interest in the area of public construction, in which Korean companies will help in the reconstruction process, rapid construction, real estate investment, facilities design and seismic protection systems.

The Syrian Finance Minister, Mamoun Hammdan, said that the Joint Technical Committee took intensifying efforts to reach agreements and understandings on projects that are among the common interests of both countries and peoples.

For his part, the North Korean Minister of External Economic Relations, Kim Yong-Jae, Head of the Korean side in the committee, pointed out that the DPRK gives a great importance to meetings of the joint committee, which represents an important occasion to show the will and determination of the two countries to develop economic relations to cope with the distinguished political ones.

A similar agreement was conducted in May 2018 during a visit of the director of Syria’s investment promotion agency, Median Ali Diab, to North Korea. Ali Diab met with Kim Yong-Jae who pointed out that the DPRK is willing to support the reconstruction and infrastructure projects mainly in Syria.

Months after the beginning of the protests in Syria, discussions took place between both sides leading to the signing of memorandum of cooperation, one of which was signed in October 2012. Moreover, tens of cooperation memoranda in areas of media, Free Zones, communications, agriculture, industry, environment and housing were signed.

Former Minister of Economy and Trade, Mohammad Nidal al-Shaar, affirmed, back then, Damascus’ will to increase mutual trade with DPRK.

The UN’s report issued in February 2018, raised questions about the nature of mutual trade between Syria and DPRK, which are subject to international sanctions.

The report stated that 40 shipments of materials used in making chemical weapons, such as acid-resistant tiles, valves and thermometers, were transferred from North Korea to Syria between 2012 and 2017, according to the Independent.

Press reports mentioned that North Korea helped Syria in building a nuclear reactor that was destroyed by an Israeli airstrike in 2007.