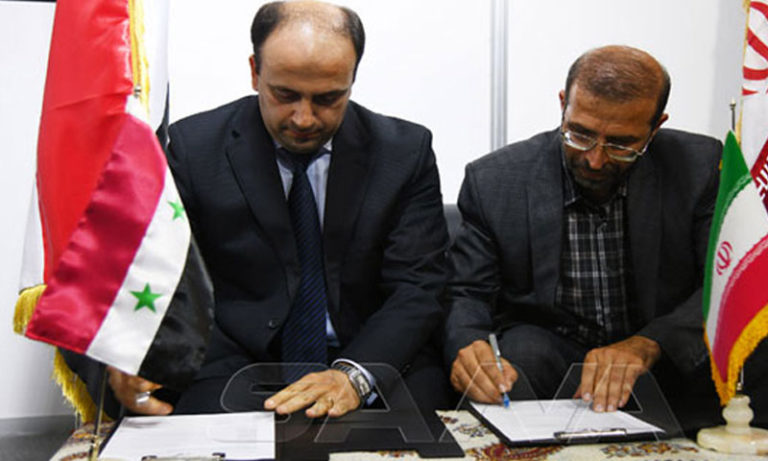 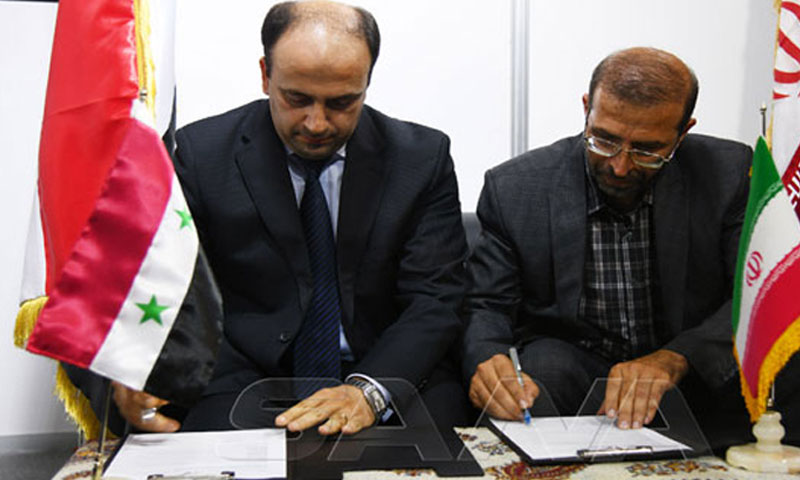 Iran and Russia are racing to sign as many long-term agreements with the government of the Syrian regime as possible, which means that the two countries have already shared the remaining energy sectors in Syria.

Iran has in recent months been rushing to make electricity projects in Syria, the most recent of which has been the signing of an agreement with the Syrian regime on 2 November, which covers the electricity grid and the development of electricity equipment in Syria.

Over the past years, Iran has politically and economically supported the Syrian regime and has been able to obtain major economic concessions in various fields.

Its pursuit of investment in the field of electricity energy raises many questions about the amount and nature of the gains that Tehran is seeking to achieve, whether Moscow has green-lighted Tehran’s investments in this field, and the obstacles to the implementation of these projects.

The agreements signed between the Syrian regime and its ally Iran have increased after the cessation of battles in most of Syrian areas, in an Iranian effort to reserve a place in the reconstruction process in Syria despite international warnings, especially by the United States.

The most recent of these agreements signed between the two parties, were in early November, and included the electricity grid and the development of electricity equipment in Syria.

The government of the Syrian regime signed in early September a cooperation agreement with an Iranian company to generate electricity in the area between Homs and Hassia, according to SANA.

At the same time, Iran intends to establish a power plant in the city of Latakia on the Syrian coast, as part of Iran’s economic agreements with the regime.

“A 540-megawatt power plant in Latakia has been transferred to the Iranian private sector as part of a joint investment project,” Iranian Tasnim News quoted Iranian Energy Minister Reza Ardakanian in September.

Economist Younis al-Karim believes that Iran wants to reserve investments through the electricity sector, as Russia now controls much of the Syrian state’s power centers.

The researcher explained to Enab Baladi that through the electricity sector, Iran wants to be close to the middle circle, i.e., traders, industrialists and the poor Syrians, by supplying them with electricity, to win their favor and to try to control them by buying their loyalties.

Al-Karim pointed out that the electricity sector is a promising sector, which has significant profits in the absence of competing companies. He explained that “the sector (electricity) is monopolistic par excellence and owned by the State.”

The second mechanism is that Tehran builds power stations and then sells them to the General Electric Company in Syria, which in turn sells the electricity to individuals. This is also not Iran’s favorite route according to al-Karim.

The third mechanism, which Iran might prefer, according to the economist, is to take care of distribution; building collection institutions, employment of workers and payment of salaries, so that it can establish a large incubator within the State institutions to infiltrate them later, in case a party decides to eliminate it from Syria.

Al-Karim considered that Tehran wants to deepen its role in Syria’s sovereign institutions after it lost much of its influence in favor of Russia.

The electricity sector in Syria has suffered during the last seven years from significant shortages, especially after the suspension of some electricity stations, in addition to some areas that have permanently been cut off electricity.

Citizens in regime-controlled areas suffer from power cuts for long hours, reaching 15 hours in some of them, while there are some areas that remain without electricity for several days.

Official Syrian data indicate that the oil and electricity sectors are the most affected by the war, with losses estimated in the oil sector at more than 65 billion dollars, as well as losses of the electricity sector exceeding 800 billion Syrian Pounds, according to the director of the Syrian Public Establishment for Electricity Generation and Transmission, Mustafa Sheikhani, in an interview with al-Watan newspaper in August 2016.

Europe is a hindrance

Al-Karim pointed out that Russia aspires to invest in the electricity sector in Syria, but the investments it has obtained so far do not allow it to do so.

“Both Iran and Russia do not have advanced electricity infrastructure, and they need Europe, especially Germany, since the former Syrian institutions were established following German or Japanese specifications. Thus, building Iranian or Russian-made electricity units would be costly for both of these countries because they would need to change the whole infrastructure,” said al-Karim.

He pointed out that the Iranian electricity sector is not of high quality, which means damage to the safety profile of appliances and houses because of the fluctuation of electricity, and would pose threats to people.

Al-Karim insisted that Russia does not want to appear before the West that it has “swallowed the Syrian economy. It has thus left several sectors for the Syrian regime to work on, so that Syria does not appear to the world as a failed state. In addition, Russia wants to leave sectors for the European side, so that the latter enters, makes contributions and legitimizes for this country the reconstruction process.”